Starcraft had this idea first 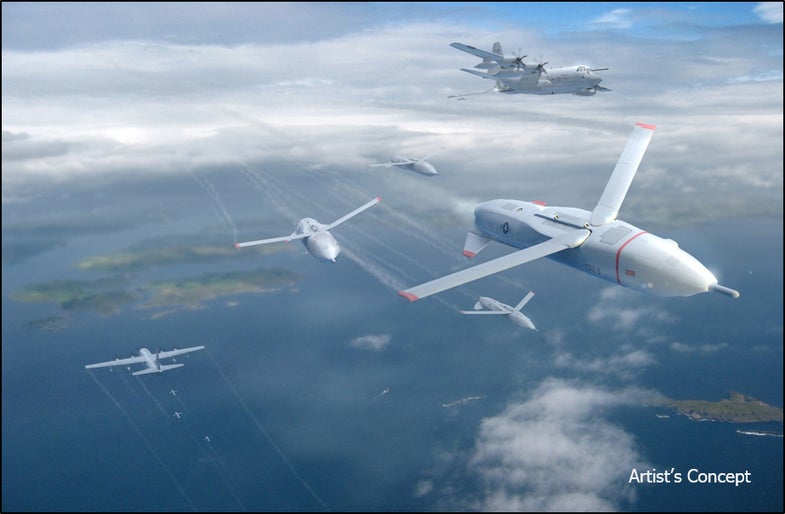 Airplanes are expensive, powerful, fancy targets. To protect their pilots and keep the investment in the planes safe, the United States Air Force has for decades pursued stealth technologies, designed at hiding planes from hostile sensors. Yet stealth, too, is expensive, and with the increased abilities of unmanned aircraft, in the future there doesn’t have to be a pilot that needs protecting onboard every aircraft. With lots of cheap drones, for the first time in decades the Air Force could fill the skies with aircraft it isn’t afraid to lose.

The biggest challenge, then, is keeping those drones cheap. If the airplane doesn’t need to fly long distances, it can use less fuel or electrical power, and work with smaller engines. The Air Force is already working on these drones. That’s fine if the drones will launch from airfields near the action, but war doesn’t always give time for that preparation, so what’s needed is a way to carry the small planes there.

DARPA’s plan is for the drones to launch from adapted cargo planes, and then fly back and land there too. A pair of aviation companies, SAIC and ArcXeon, have an alternative idea: what if the drones took off from and landed on airships, instead?

The concept is called “AirStation”, and it will be a home for “unmanned aerial systems,” the current in-vogue term among defense contractors for drones. From Aviation Week: