Even more evidence that we’re eating all wrong

Forget fat, it’s carbs that might stick it to your ticker. 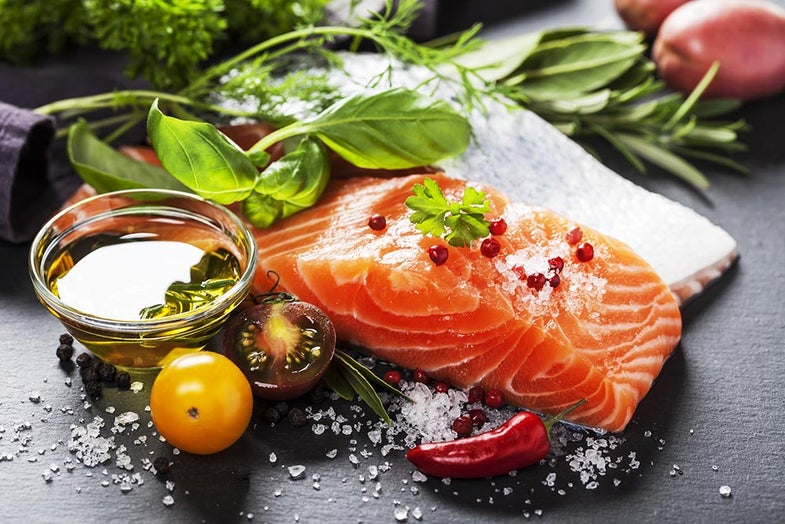 From the glorious gluttony that is the turducken, to the gustatory pleasures (#foodporn) that make up so many Instagram photos, Americans sure do know how to eat. What to eat—that is, what we should be eating to stay healthy—remains somewhat elusive. We’re told that Veganism, the meat-heavy Paleo Diet, and the somewhere-in-the-middle Mediterranean Diet are all good for us, contradictions be damned.

But two new studies in The Lancet on nutrition and cardiovascular health—examining which diets made people most prone to develop or even die from major heart-related diseases—are shedding some light on the situation. Their conclusions? While we’ve long been told we should lay off the fat, the new studies support the growing school of thought that too many carbohydrates pose the real threat. And while we should still try to consume fruits and vegetables—preferably raw—we may need fewer servings per day than the United States Department of Agriculture (USDA) currently recommends.

“The American Heart Association recommends that you keep your total fat consumption to less than 30 percent of total calories, and to keep your saturated fat to less than 10 percent of calories,” says Dr. Sonia Anand, the director of the population genomics program at Canada’s McMaster University and an author on the studies. But Anand and her colleagues argue that current research fails to support the idea that saturated fat is the real heart killer. “This study adds a whole large data set for such bodies to consider,” she says. “And it may be time to revise that recommendation.”

In other words, despite the heart-friendly label on your favorite box of cereal, the contents might actually be doing your cardiovascular health more harm than good.

Nutrition studies come out all the time, and it’s often impossible to get clear diet advice from their results. But the new research—the Prospective Urban Rural Epidemiology (PURE) study—is unique in terms of its scale and intensity. PURE is a prospective cohort study, which means scientists followed a group of individuals that were extremely similar except for the variable being examined. In this case, PURE enrolled 135,335 people between the ages of 35 to 70 from 18 countries and collected data on them for seven years. The study subjects took a survey to record their dietary habits at the beginning of the seven year period, then researchers tracked their food consumption—and kept tabs on who died of cardiovascular disease.

Using cohort studies in nutrition research isn’t unique. But the diversity of countries represented is important. The wealthy, calorically dense nations of North America and Western Europe tend to dominate the data pools of nutritional studies, and that makes it difficult to figure out much of anything. If the dose makes the poison, too much food—whatever its constitution—may ultimately prime us for heart disease. In fact, research suggests that mice given fewer calories to eat live longer. So it seems that separating what we eat from how much we eat is important in terms of understanding human health, and that’s hard to do when countries as a whole have unusually gluttonous habits.

By limiting studies to North America and Western Europe, researchers also miss out on examining a wide range of dietary options. Some of the new study’s participants had diets that were 60 to 70 percent carbs, while also being very low in fat. Those people, however, were mainly in China and in India. “We would never find that range if we restricted our studies to North America,” Anand says.

That’s because Americans love adding fat to our carbs—what’s bread without a thick layer of butter? That isn’t true everywhere. A bowl of rice with tofu, for example, is high in carbs and low in fat. Having access to data on that very high level of carbohydrate consumption proved valuable: the PURE researchers found those super-consumers of carbs were 28 percent more likely to die of cardiovascular disease during the course of the study. But diets with a high fat ratio swung in the opposite direction.

“As the fat consumption increases to a range of about 35 percent of total calories from total fat, the mortality rate is lowered by about 23 percent,” Anand says. “That is counter to what has been reported in other cohort studies, mostly from the United States and Western Europe, where as as fat increases so too does cardiovascular disease.”

The idea that fat may be not be our dietary villain is not new. Several meta-analyses of those papers—studies that examine the results of multiple studies to determine how strong their conclusions are—didn’t actually find an association between overall fat consumption and heart disease. But the PURE study adds persuasive evidence to the debate.

Of course, it still has its limitations. The researchers relied on diet information that participants reported themselves, which can sometimes be inaccurate. And while they tried to control for all known factors, there’s always the possibility that some unknown variable contributed to the mortality rate.

The second study focused on fruit, vegetable, and legume intake. As expected, consumption of produce did indeed reduce the risk of death from cardiovascular disease. But while the USDA recommends five servings per day, Anand and her colleagues found that the benefits (at least in terms of avoiding death from heart-related trouble) tapered off around three servings of fruits and vegetables per day. They also noted that raw vegetables seem to confer a stronger benefit than cooked.

It may be that some of the nutrients destroyed by the cooking process are key, Anand explains. Countries like India and China tend to cook most of the vegetables they eat, and don’t consume much fruit. So those regions might benefit from a recommendation to eat more of their produce raw.

Of course, the study focused on heart disease, and fruits and vegetables convey other health benefits as well. The results didn’t show any downside to eating more than the recommended amount of produce, and the researchers themselves think of the recommended daily allowance as a floor—not a ceiling. You should be getting at least that much. So while it may be important for the USDA to change recommendations pertaining to fat and carbs, it’s not likely anyone will crusade to lower recommended veggie consumption. Repeat: no one is telling you to stop eating fruits and vegetables.

So what’s the best diet? As with most nutritional research, these findings can leave one with the distinct sense that no matter what they eat, somehow, it’s still all wrong.

The best controlled research on the subject (where subjects were actually assigned specific diets so researchers could track the results) is still the PREDIMED study, which showed that the Mediterranean diet could reduce cardiovascular events by 25 percent. That’s a fairly well-balanced diet rich in fruits, vegetables, and whole grains. As you move up the pyramid, you get lower servings of meat and dairy. And sweets are certainly crammed into the pyramid’s tiny tip. It’s not a satisfying answer for folks desperate to be told the magic food formula for health and wellness, but it’s true: moderation does seem to be key.

“My general recommendation? Take grandmother’s advice,” says Anand. “Have a balanced diet, consume foods from different food groups, and don’t restrict yourself from any one group, or eliminate an entire group. And in general, buy whole foods and cook them at home.”