What’s the healthiest way to eat a vegetable?

Are they really healthier raw? 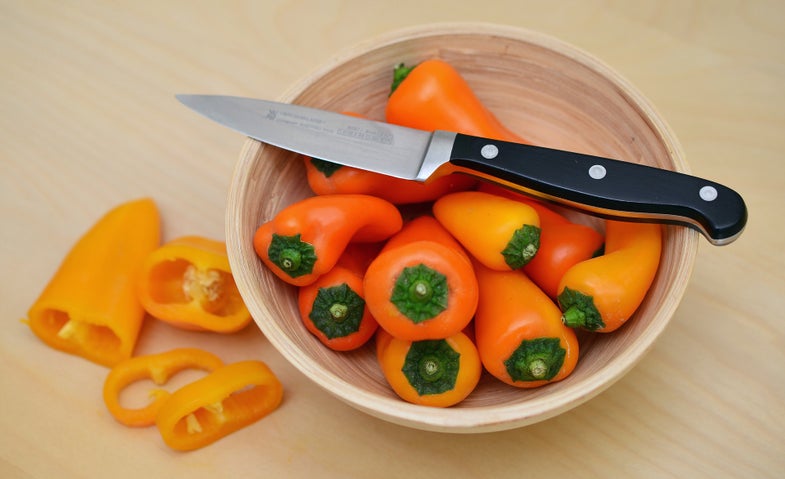 Vegetables are an incredibly healthy source of fuel—nutrient-packed and light on the calories. There’s no question about that. And they’re jam-packed with essential vitamins. But like any food, there’s perhaps a million ways one can eat them: raw, steamed, baked, and even fried. But some enthusiasts claim that the process of cooking vegetables causes them to lose a portion of their nutritious value. Is this true? What’s the most nutritious way to eat your veggies?

The short answer is that it depends widely on both the vegetable and the cooking method. First of all, it’s important to remember that as soon as a vegetable is taken off its stem, it immediately starts to lose some of its nutritional value. That’s because vegetables get their nutrients directly from the plant or tree from which they were taken. Once this supply is gone, the plucked vegetables essentially use themselves as a fuel source until they shrivel into undesirable (and sometimes unsafe) edibles.

That’s where various forms of processing come in. Vitamin C is especially vulnerable to these pursuits. It’s water soluble and highly unstable in an oxygen-rich environment, so things like canning and blanching before freezing can reduce the amount of Vitamin C in a given vegetable. And because its water soluble, when a vegetable containing vitamin C is cooked, the Vitamin C is leached from the food and into the water. According to a review done by the University of California, Davis, its retention is often used to estimate the overall nutrient loss caused by food processing. They estimate that loss of Vitamin C can range from anywhere to 15 percent to 55 percent, depending on what processing or cooking process is involved.

So are raw food enthusiasts right? Should we all just eat our vegetables fresh from the farm, and as raw as possible? Not exactly. Any form of processing and cooking does indeed degrade water-soluble substances like Vitamin C (as well as B vitamins and another group of nutrients called polyphenols), but there’s a tradeoff. Let’s keep things simple and stick to carrots for now: studies show that boiling them in water actually increases the number of carotenoids (like beta-carotene). Steaming them will significantly decrease the amount of vitamin C and carotenoids, but will actually increase the amount of phenolic acids, a type of antioxidant. And while microwaving food is often seen as a cop out, microwave’s speedy cooking actually preserves more vitamin C than any cooking method.

So it’s a series of tradeoffs, and it’s unlikely that you’ll be able to remember what veggies are best raw or cooked (and if cooked, which method yields the nutrients you need or want). The easiest way to guarantee you are getting the nutrients you need, perhaps, is to make sure you eat a wide variety of vegetables, both raw and cooked, using many different cooking methods. So if you prefer the taste of raw carrots, it’s just as well that you consume them raw. Because when it comes down to it, a veggie eaten with ever-so-slightly-fewer nutrients is better than no veggie eaten at all.