How to eat as much food as humanly possible this Thanksgiving 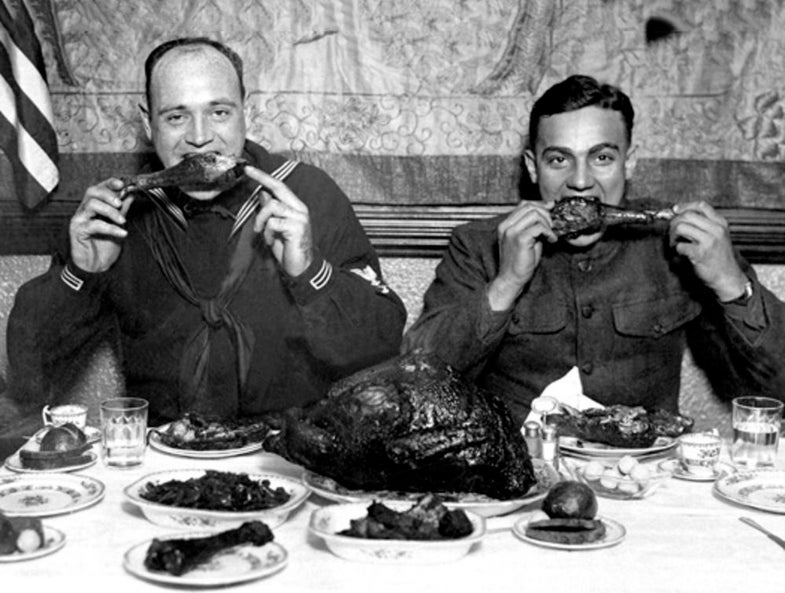 Every Thanksgiving, Americans gather to celebrate family, give thanks, and stuff our faces until we all feel sick. Tragically, filling up too fast on a good holiday meal means you won’t manage to grab seconds or thirds of all the best dishes on the table. You need to maximize your food intake—here’s how.