There are fungi living inside your gut, and they’re probably pretty important

Bacteria aren’t our only helpful parasites. 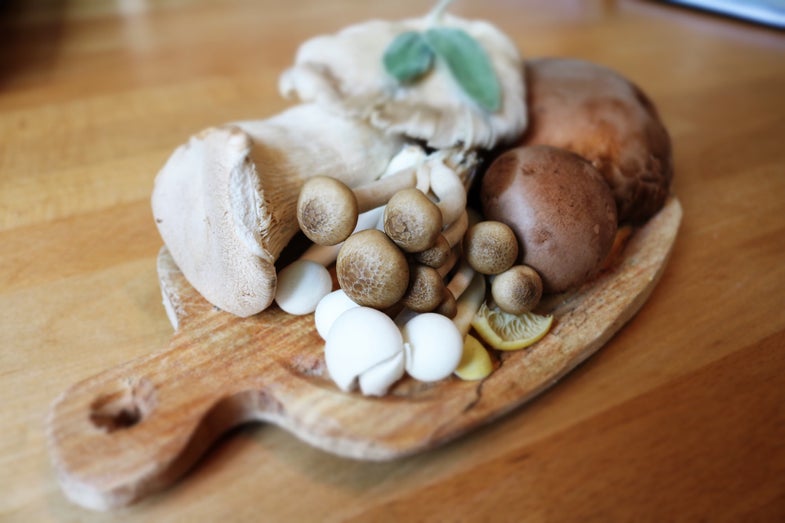 In the past couple of years, you’ve likely heard much talk about the bacteria that live inside your digestive system, what scientists and doctors now call the gut microbiome. All that buzz is for good reason. Researchers have found that these tiny bugs can have an influence on our health, though how much and in what ways is still unknown. Store shelves are now full of products promising to deliver these beneficial bacteria, though many of them have little, if any, evidence to back up their claims.

But if it surprised you to learn that trillions of bacteria have made your colon their permanent homestead, this might throw your stomach for an even bigger lurch: Bacteria aren’t alone. Fungi, parasites, viruses, and archaea all live there, too. Yes: The same group of organisms that includes yeasts, molds, and various mushrooms also inhabits your gut, as do various viral organisms and parasitic species. And scientists are finding that they can have an effect on our health, too.

One of the most interesting things about our gut microbes is that we have a huge influence on whether or not they survive. The types of foods that we eat don’t just feed us, they feed our microbiomes as well. In a study out this week in the journal mSphere, researchers looked at how the fungi inside the guts of mice change depending on their diet: a high-fat one versus a standard nutritional plan. The rodents fed a high fat diet gained weight and showed other signs of obesity, like insulin resistance. When the researchers looked at each mouse groups’ microbiomes, they found a significant difference between the gut fungi of mice on a high fat diet versus the ones fed typical chow.

This suggests that fungal communities can differ depending on the type of diet an animal consumes. And that might mean that fungi can have an influence on our health.

“Most people consider fungi to be pathogens only capable of damage and disease,” says Cheryl Gale, a pediatrician at the University of Minnesota. What this study shows, she says, is that there are commensal fungi that live in and on us, that interact with the bacteria in our gut, and that could potentially confer some health benefits.

So if all these other organisms are swimming around in our intestines and influencing our health, why are scientists devoting most of their attention to bacteria? For starters, bacteria still make up the majority of our gastrointestinal microorganisms. We already know a lot about those bacteria, and as such have databases full of sequenced species. Fungi are a lot less popular. They make up just 0.1 percent of the population of microbes in our guts, and they are more challenging to sequence and study. Because we don’t sequence them very often, we haven’t developed the robust methods to do so that we have for bacteria.

But Gale says studies like this are helping to fill this gap in knowledge. Other recent animal model studies have found that disruption of normal (or what scientists currently think of as normal) fungal microbiomes is associated with inflammation in the colon, as well as an asthma-like condition in mice.

It’s, Gale says, that we come to better understand how bacteria, fungi, and other microorganisms act as a whole—and how each one affects another. Fungi might make up a small percentage of the overall population, but changes in their composition could have a major effect on species of bacteria. One imagines that this domino effect could add up quickly and spell trouble for the host.

For now, the evidence suggests that the best way to take care of your gut is to eat lots and lots and lots of fiber, which is food for your microbes—preferably in the form of fruits and vegetables.