Yes, coffee drinkers seem to live longer. But don’t get too excited.

The question isn’t if, it’s how much. 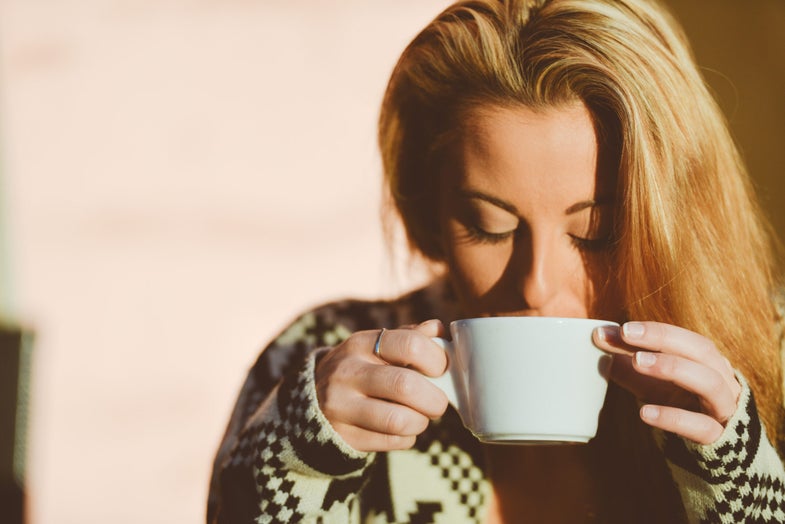 Coffee seems like one of those things that scientists can’t make up their minds about. Like chocolate, or whether koalas are cute or terrifying. To be fair, the way reporters cover coffee studies does make it feel like every coffee researcher out there changes their mind every few years. But the medical community has held pretty much the same position for years now: coffee is, if anything, good for you.

The question isn’t whether your caffeine habit is beneficial, the question is how much it actually helps you. And if we’re going by this latest study, published on Monday in the Annals of Internal Medicine, the answer is… not a ton. Yes, it does cut your risk of getting liver cancer. Yes, it seems to protect against various digestive diseases. Maybe it helps you fight cardiovascular disease or even cancer, though those connections are less clear. But the margins of improvement here are fairly tiny. And oh yeah, we’re talking about correlations here. Yes, people who drink coffee tend to live ever-so-slightly longer—but we don’t really know that it’s the coffee that does it. Coffee drinkers could have plenty of other things in common that contribute to health and longevity.

Let’s just give coffee the benefit of the doubt for a moment, though. Let’s say these studies do show a causal effect: drink coffee, live longer. Now we have to look at the size of that effect. In health studies, we do that by looking at something called the hazard ratio. Bear with me, here. It’s simpler than it sounds—and crucial to understanding studies like this one. Suddenly you’ll notice how few stories about superfoods and new health fads actually cite a hazard ratio, even though it’s the standard way to measure health impact. So just stick it out for the next paragraph—it’ll all be worth it.

When you compare coffee drinkers to non-drinkers, how many more people die in the non-drinking group? A hazard ratio below one means coffee drinkers are less likely to die (during whatever length of time the study covers, that is). A hazard ratio of more than one means coffee drinkers actually die more often. The farther the hazard ratio is from one, the larger the effect. And, as with any statistic, we can calculate the potential for error in that number. Maybe I found a hazard ratio of 0.9, but there’s enough room for error in my results that I can really only be sure that the number falls somewhere between 0.8 and 1.0. That range is called the confidence interval, and it specifies that I can say with 95% certainty that the real hazard ratio falls somewhere between 0.8 and 1.0—I just can’t say where. It could just as easily be 0.8 as it could be 1.0. And that means I basically found no measurable effect. If my hazard ratio might be 1.0, then my results could actually show that there’s absolutely no difference between coffee drinkers and non-drinkers.

You don’t see hazard ratios mentioned a lot in superfood-type stories for a few reasons. One is laziness, but the more important issue is that hazard ratios often show how little impact the superfood actually had on study subjects. I can tell you with confidence that coffee lowers your risk of death. It’s even statistically significant! It’s less impressive if I say that the hazard ratio for men was 0.97, and the confidence interval was 0.96-0.98. Technically that interval is below 1.0, so technically I can say that coffee decreases your risk of death. It just might be by only two percent.

The latest study features a lot of hazard ratios like that. Digestive diseases and liver cancer were the exceptions, which is why they ended up in headlines. And hey, it’s great that coffee seems to have some impact on those conditions. For liver cancer, the hazard ratio got down to an impressive 0.56 for the highest coffee consumer, with a confidence interval of 0.41–0.77, and the results were similar for digestive diseases. But how many people gets digestive diseases or liver cancer? They’re pretty rare already, and they’re definitely not the common causes of death that most of us have to worry about. And if you’re worried about liver cancer, you’d be better off kicking your alcohol habit than you would be drinking more coffee.

Oh and by the way, tea is pretty much the same story. So whatever your morning beverage of choice is, you’re all set to receive your marginal benefits. Just remember to not put sugar or cream in whatever you drink—the risks associated with obesity will easily outweigh whatever small benefits you get from your caffeinated beverage.