Here’s what the science says about talc and ovarian cancer 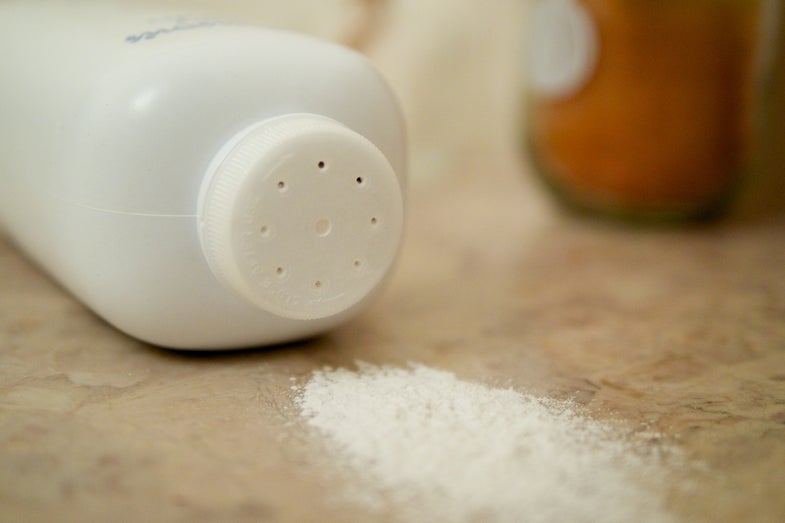 Pharma giant Johnson & Johnson were just forced to pay $417 million to a woman who claims that baby powder gave her ovarian cancer. Here’s the problem: the scientific evidence doesn’t really agree with her.

That may seem to contradict of what lots of news outlets have been reporting. Most haven’t come down on either side of the evidence. Only a handful noted that the science was tenuous at best. But a complex case like this—especially one so fraught with biases and emotional conflict—deserves a careful look.

What follows gets way into the weeds about the quality of various kinds of scientific evidence and looks at many different studies of talc and ovarian cancer. But here’s the upshot:

The studies that show a link aren’t very objective

All studies are not created equal. There’s a spectrum of evidence quality that goes something like this: Case control studies: tend to have biases that can influence the findings because participants are recruited after the fact and interviewed about past events Cohort or prospective studies: participants are recruited in advance, so there’s much less bias likely to creep in, though it still isn’t an experimental study Randomized controlled trials: experimental, subject to even less bias Meta-analyses: look back at all of the studies done on a topic and determine where the weight of all that evidence lies

The link between baby powder and ovarian cancer comes from case control studies. A lot of the problem with case controls is that they feel so convincing. “A dozen studies found that women who used talcum powder were more likely to get ovarian cancer” sounds scary. What that sentence fails to convey, though, is how much recall bias people are subject to.

Recall bias is the phenomenon where, when asked about an event that happened in the past, people are likely to overreport the event. This is especially true for patients who already have a disease. So if researchers ask a bunch of women with ovarian cancer whether they used baby powder, they’re going to overreport its use. Maybe they’re actually misremembering how much they used it, or maybe they’re just searching their memories more—either way, we know they’re likely to say they used more baby powder than their healthy counterparts.

Case control studies also have a problem with confounding factors, which can make a correlation seem like a causation. The classic confounding factor example is that ice cream consumption and drownings are highly correlated, but not because eating ice cream causes you to drown. It’s that people tend to eat a lot of ice cream when they go to the beach or to the pool, where they’re also more likely to drown than when they’re on land.

To avoid these biases, researchers can do a prospective cohort study. This involves recruiting thousands of people, asking them a ton of questions about their lifestyle, gathering medical information about them, then following that same group for decades to see which people get which diseases. Cohort studies on talc haven’t found a relationship between using baby powder and getting ovarian cancer. In fact, one of the lead experts in this trial who argued that talc gave women ovarian cancer did a prospective study that found “little support for any substantial association between perineal talc use and ovarian cancer risk overall.”

There haven’t been any randomized controlled trials on talc, since they’re not usually done for cosmetics. They’re usually done for new drugs to prove their efficacy. There have been several meta-analyses, however, which have shown that there’s no link between talc and ovarian cancer except for a small relationship that only holds for very invasive cancers. So talc might exacerbate a cancer, but so far a causal link is lacking.

One meta-analysis noted that “selection bias and uncontrolled confounding may account for the positive associations seen in prior epidemiological studies..” Plus, a 2014 review of the causes of ovarian cancer in The Lancet also ruled out talc as a potential risk factor.

Animal and cell studies haven’t shown a link either

Most proponents of the idea that talc causes ovarian cancer say that the key is inflammation. Talc particles supposedly travel up the vagina and become lodged in the ovaries, where they cause inflammation, and the inflammation causes cancer. This sounds pretty plausible at first glance. The problem is that when researchers expose mice and rats to lots of talc—way more than a person would apply—they don’t seem to get ovarian cancer. If they inhale the particles, they do sometimes develop lung tumors, but none of the animals get ovarian tumors. Even if they get a solution of talc injected directly the sac surrounding the ovary, they still don’t get develop cancer. Those mice did develop some abnormalities in the ovarian cells, but the authors of that study note that those changes could easily be the result of overexposure to hormones from the artificially trapped fluid inside the sac. That fluid wouldn’t have been there if they hadn’t injected talc right onto the ovaries, and excess hormone exposure has been shown to increase the risk of ovarian cancer.

There are a few organizations responsible for assessing health risks, all of which have either argued that talc is safe to use or that there’s insufficient evidence to show that it’s dangerous. The FDA has tested talc to ensure that it’s free of asbestos and the Cosmetic Ingredient Review Expert Panel ruled that it was safe to use. The FDA even wrote a lengthy letter in response to a citizen petition in which they argue that the evidence doesn’t show a causal link between talc and ovarian cancer. The National Cancer Institute doesn’t recognize baby powder use as a risk factor on the basis of a lack of scientific evidence. The American Cancer Society also says there’s insufficient evidence.

Finally, there’s IARC, the International Agency for Research on Cancer. They’ve deemed talc as “possibly carcinogenic to humans,” which seems like a damning statement. The confusing thing about IARC’s classifications is that it sounds like they’re classifying how much cancer a particular chemical causes. In fact, they’re classifying whether a chemical can cause cancer at all. IARC writes that there’s modest evidence from case control studies that talc is associated with ovarian cancer, but that other studies looking at causality didn’t find any link and that animal studies have failed to find a route by which baby powder could cause tumors. In other words, they’ve argued that since those case control studies showed some link, they can’t entirely rule out the possibility that talc could cause cancer, but that it’s also possible that there’s no link. IARC doesn’t even have a list for substances that don’t cause cancer—there are only possible and probable carcinogens in their book.

Johnson & Johnson has been dealing with a class action lawsuit for their baby powder, so this isn’t the first time that a jury has had to decide whether talc can cause cancer. Juries have gone both ways in those decisions, but in 2016 a judge threw out two lawsuits on the basis that the plaintiffs (the women suing Johnson & Johnson) hadn’t provided solid scientific evidence.

The New Jersey Supreme Court judge wrote that “though both plaintiffs’ experts are eminently qualified, their areas of scientific inquiry, reasoning, and methodology are slanted away from objective science and towards advocacy.” He followed up by saying that “it was almost as if [the plaintiffs’] counsel and the expert witnesses were saying, Look at this, and forget everything else science has to teach us.”

The judge also noted that one of the experts admitted under cross-examination that although they were arguing that inflammation caused this woman’s ovarian cancer, the expert had not actually found inflammation in her ovaries.

These same experts have continued to argue in court that talc causes ovarian cancer, including in this most recent trial. It may be just one judge’s ruling, but if the New Jersey Supreme Court has concerns about the validity of an expert’s opinion, it seems like we should be concerned too.

Conflict of interest note: the author’s father gave expert testimony in two of the thousands of Johnson & Johnson lawsuits, in which he testified that talc does not cause cancer.