Here’s what we know about monkeypox transmission so far

It's starting to look like superspreader events propelled monkeypox around the world. But the outbreaks are still an alarm bell. 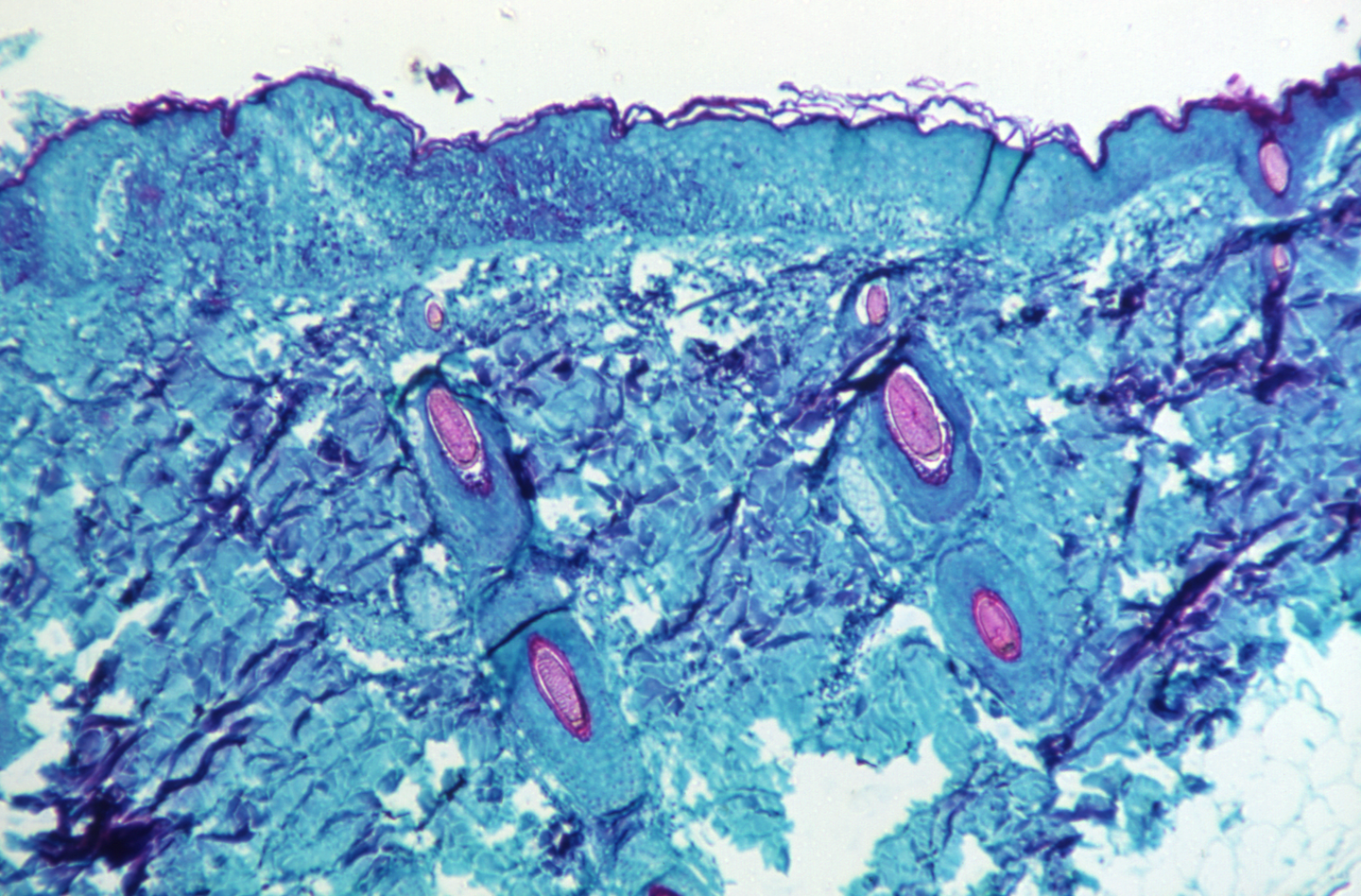 A lesion in the skin of a monkey caused by monkeypox. Centers for Disease Control and Prevention
SHARE

After half a dozen monkeypox cases were identified in the United Kingdom earlier this month, countries on alert across the world have spent the past week looking for—and finding—hundreds of their own patients. The emerging outbreak set alarm bells ringing at the World Health Organization, which held an emergency meeting on Friday, May 20 to answer questions about how a relatively rare illness spread so widely.

National public health agencies are kicking into gear as well. “We are standing up a formal response,” says Andrea McCollum, who leads the poxvirus epidemiology team at the Centers for Disease Control and Prevention. “At the same time this is not a public health emergency, but I do consider it to be a public health urgency.”

As of this week, at least 109 cases have been confirmed, and another 86 are suspected across 18 countries, mostly in North America and Europe. A Massachusetts man who had recently traveled to Canada, where 17 people had fallen ill, was diagnosed with the disease last week, and one in Florida and in New York are also suspected to have the disease.

The US’s goal is to make sure that people with symptoms—lesions, a fever-like illness—get care, and stop chains of transmission, McCollum says. “This is a virus we know—it’s been affecting communities in Africa for a long time,” she says. “But seeing it pop up across borders in multiple countries… leads to a series of questions related to how and why it’s being transmitted.”

The world got a preliminary answer to some of those questions today when a top WHO advisor announced that most of the cases were the result of a “random event” where many people were infected at a pair of raves, one in Berlin, and one in the Canary Islands.

Monkeypox is a misnomer—early examples of the disease were spotted in monkeys in the 1950s, but more recent research has found that rodents, and particularly squirrels, play a bigger role in interspecies transmission. Monkeys, like humans, are probably just incidental hosts.

Monkeypox is caused by an orthopoxvirus, and creates a bubbly rash of lesions that can leave disfiguring scars. In rural central and west Africa, where cases are most prevalent, the fatality rate ranges between 1 and 10 percent, depending on the strain. The WHO believes a milder strain is behind this month’s outbreak. Most of the deaths from that strain have occurred in very young children and people with untreated immunocompromising disorders, McCollum says.

While the virus has regularly jumped into humans—two Americans who traveled to Nigeria tested positive last year—outbreaks tend to be small, and caused by direct animal-to-human transmission.

[Related: The second case of monkeypox in the US is recorded in 2021]

People catch monkeypox after contact with the lesions themselves, or with fluid from them. Public health agencies have also described the virus as spreading through respiratory droplets, which McCollum says is because those lesions often begin on the face or in the mouth and throat, infecting saliva. Those droplets don’t spread very far, so the transmission looks nothing like SARS-CoV-2. “I don’t want the general public to be concerned about going to the grocery store and walking beside somebody and catching monkeypox. That’s really not a situation that has ever been seen before, nor is there any indication it is occurring now.”

But the cases popping up this year are clearly the result of human-to-human transmission, according to public health officials. On Friday, the WHO said that only one of the known monkeypox patients had traveled to a part of Africa with an ongoing outbreak, meaning there must have been other human links in the chain. (Over the weekend, US health officials said that the Florida case was connected to international travel, though haven’t said where.)

Scientists have monitored monkeypox for decades out of concern that it could come to fill the niche left by the now eradicated much deadlier, more transmissible cousin, smallpox. And indeed, rates of monkeypox have crept up over the past several decades. Nigeria has experienced an ongoing outbreak since 2017.

Certainly, something unusual happened to propel the virus globally, says Anne Rimoin, an epidemiologist at the University of California, Los Angeles, who studies emerging infectious diseases. “The questions are: Has human behavior changed? Has the virus changed? Has the ecology in the animal reservoir changed? We just don’t know at this point.”

[Related: Why public health officials have only ever eradicated one disease]

Epidemiologists attribute the growing number of spillovers to the end of smallpox vaccination campaigns, better disease surveillance, and possibly the slow adaptation of the animal virus to human hosts. A 2014 study co-authored by Rimoin found many different strains of monkeypox in humans, creating a bank of genomic diversity that could lead to the emergence of human-adapted monkeypoxes that would be more transmissible.

So far, however, the WHO says it has turned up no evidence that there’s anything new about the genetics of this virus.

Still, human factors could just as easily explain the outbreak—and seem more likely with the announcement of the two superspreading raves. “I know there’s going to be a lot of scientific questions around this to get at precisely what is occurring,” says McCollum. “I do think that what we’re seeing right now is consistent with what we know about monkeypox.”

That’s because many of the early patients were men who reported recently having sex with other men, and were identified at sexual health appointments. That common behavior also hinted at a transmission route. Last week, the WHO and European CDC both began to narrow in on sexual contact as a possible driver of the outbreak. “We want to be really careful not to stigmatize a specific group,” McCollum says. “This virus can equally affect all genders—what we’re getting at here is close contact.”

It’s possible that the virus simply found its way into a community of people who traveled widely, seeding global cases. That’s something we’ve seen before: HIV-like viruses have probably spilled from apes to humans well before 1900, but only grew into a global pandemic with the colonization and urbanization of central Africa.

In all likelihood, the real answer is a combination of factors, says Rimoin. To untangle them, outbreak investigators will need to gather more detail on the specifics of each case. “I think that those data will be gleaned pretty quickly from better surveillance, contact tracing, and genomic analysis of the samples to see if they’re all coming from the same place—and if the virus has changed,” Rimoin says.

The cases reported so far have been mild, and even in Europe, where most reported cases have occurred, the risk of broader outbreaks remains lowThe fact that monkeypox is closely related to smallpox means that we already have tools to fight it. The smallpox vaccine is 85 percent effective against monkeypox, and on Monday, President Joe Biden said that the US currently has a sufficient stockpile of that drug to cover healthcare workers or other people at high risk of infection.

The disease is nothing to sniff at. If allowed to spread, it could cause significant suffering, for those who go untreated. But its rapid emergence is also important as an alarm bell—one epidemiologists have rung since the beginning of the COVID-19 pandemic. Globalization, climate change, and habitat destruction have made the world uniquely vulnerable to emerging infectious diseases, and unless governments prepare for that reality, we’re going to be caught off guard again.