What the science actually says about weighted blankets

Studies are scarce, but experts still recommend them wholeheartedly. 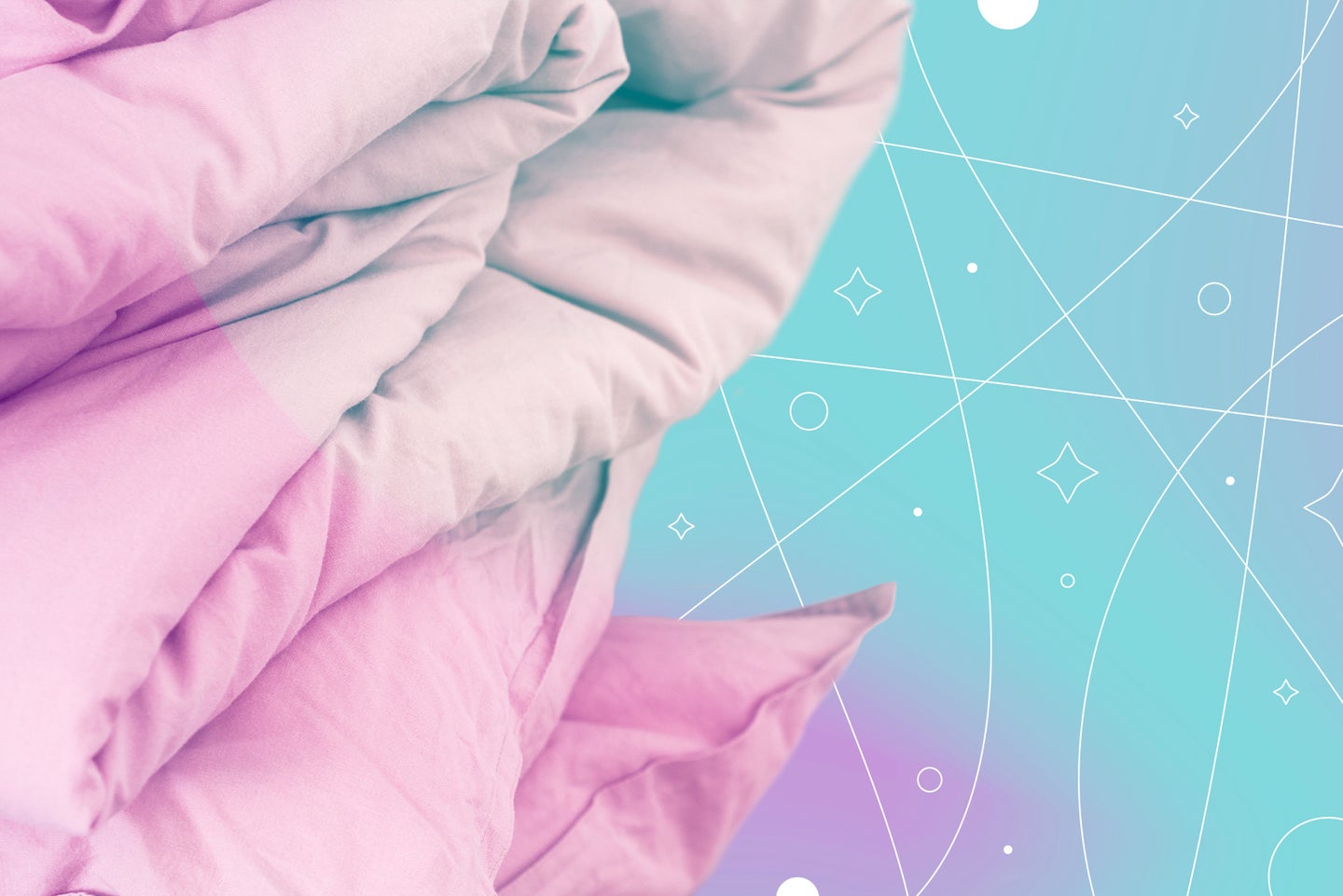 Weighted blankets should be about 10 percent of your body weight. pinkasevich/Deposit Photos
SHARE

The concept of a weighted blanket is pretty self-explanatory. They’re blankets stuffed with pellets—usually made of glass or a plastic like polyethylene—and can weigh as much as 25 pounds. You can readily find one online for around $150, though they’re simple enough to make that you can find plenty of DIY guides for making your own at a fraction of that price.

Weighted blankets capture the cozy feeling of waking up under a heavy comforter on a winter’s day. And there’s some scientific theory behind the idea: applying pressure to your skin stimulates neurotransmitters like serotonin and melatonin that calm your brain. It’s a principle called deep pressure.

But some weighted blanket companies go even further with their claims. One blanket brand, Gravity, raised $3 million on Kickstarter proclaiming that it could treat anxiety and post-traumatic stress disorder, statements that violated Kickstarter’s own rules. Which raises the question: do those claims have merit?

It’s not just consumers who use weighted blankets

Occupational therapists frequently use weighted blankets for something called sensory integration therapy, which children who have trouble processing their senses—a trait that’s often linked with autism. Weighted blankets stimulate those patients’ senses of touch, helping their brains adapt to it. It’s thought this can help them better control their emotions and boost their mental health.

At least in the US, they’re also increasingly used in places like psychiatric wards, where they’re used as an alternative to other, more traditional methods such as medication or physical restraints.

Kathryn Eron, a mental health researcher at Denver Health Medical Center in Colorado, says that their mental health facilities have been using blankets as an alternative to medication. “Usually the patients that have a higher level of anxiety like [a weighted blanket] and want to use it,” says Ashlie Watters, a researcher at Denver Health specializing in eating disorders. “Anecdotally, they say it is helpful.”

Stories like that have inspired researchers to begin investigating the effects of weighted blankets in a more methodical way.

It’s not clear what the evidence says

There’s a lot of anecdotes in favor of weighted blankets, but only in the last decade or so have researchers become more interested in examining how well they actually work. From that small but growing volume of research, there’s budding evidence that they do help relieve anxiety.

“We had a number of our participants fall asleep while the blanket was on them,” Becklund says. “We had to wake them up to get them to answer the questions.”

But other research gives more muddied results. A 2013 study in the United Kingdom, investigating whether weighted blankets help children with autism sleep better, couldn’t find any evidence that weighted blankets had a positive effect. And a 2008 study couldn’t determine whether it was the weighted blanket or the simple act of lying down that had psychological benefits.

Kathryn Eron, Ashlie Watters, and their colleagues at Denver Health have found that weighted blankets help reduce anxiety in patients with an eating disorder. Their results are still proceeding through the peer-review process, and they hope it will see publication sometime later this year.

Watters and Eron would like to investigate more, but the funding hasn’t materialized. That said, Eron says their work has already garnered a lot of interest. “We’ve had a lot of scientists reach out to us from all over the world.” She thinks it’s because weighted blankets are far more accessible to patients than some of the alternatives.

So, can weighted blankets help?

Technically the answer here is: yes. But is there scientific evidence that weighted blankets can help you feel more relaxed and sleep better, outside of a hospital setting?

That doesn’t mean there don’t seem to be benefits, though. Becklund has no hesitation recommending their use—with the caveat that it’s important to talk to a physician about any medical concerns first, and to make sure not to get one that’s too heavy.