Anti-Black bias affects just about everyone. What’s the best way to deal with implicit racism?

We all suffer from unconscious biases. 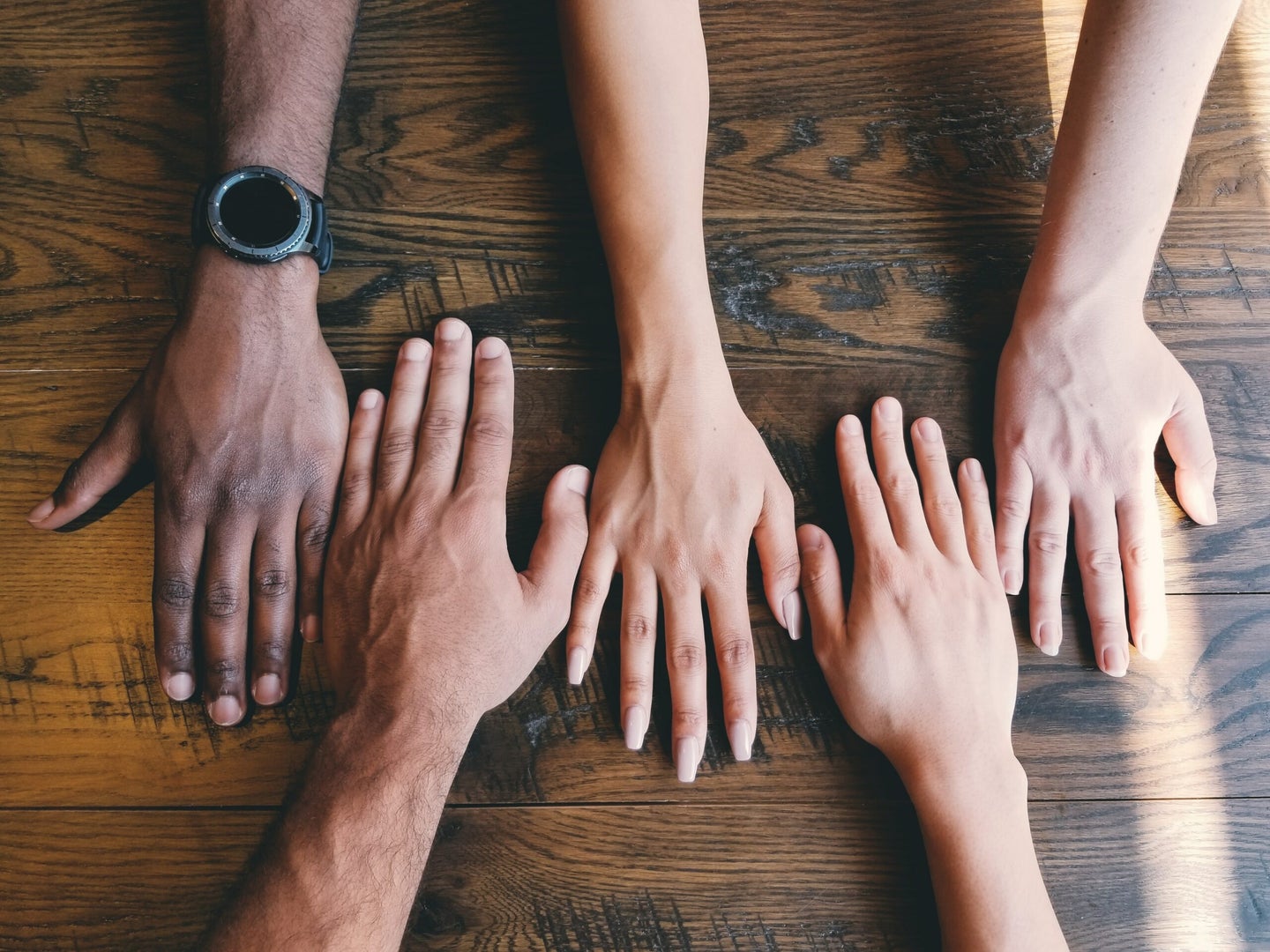 In a world where many people actively work to fight against systemic racism and even more claim to be “woke,” the science of implicit bias reveals why most of us still have work to do. Implicit biases are like puppeteers lurking inside our heads, coloring our every action with unconscious stereotyping and prejudice.

Humans begin forming simple mental links in infancy: We learn to associate highchairs with mealtime, parents with comfort, and cribs with naps. Data streams at us from all directions—news reports, television shows, family chats, friendly gossip—and we absorb it all. But this unconscious practice of grouping different words and objects gets more complex as we grow up, and it gives rise to insidious racial biases. Because many of the world’s sources of stimuli, especially television news reports, present Black people as criminals or threatening characters, our brains naturally begin to make an all-too-common connection—Black people and danger go together.

These biases quietly and unconsciously influence our actions throughout our lives, even as some of us actively protest against racism and discrimination. Implicit biases can be just as dangerous as consciously, actively demonstrated acts of racism, such as using slurs or attacking Black people, and they’re much more insidious. In a chilling 2002 study, randomly selected participants played a video game that featured photographs of white and Black individuals holding either a gun or another object (a wallet, soda can, or cell phone). Subjects were told to decide, as quickly as possible, whether or not to shoot the character. Consistent with earlier studies, nearly everyone made the “correct” decision to shoot at an armed Black individual more often than a white individual.

Various studies, including one conducted in 2018, confirm that Black people carry the same bias. Subjects identified dangerous objects, such as guns, much faster after viewing a Black face compared to a face with both Black and white features. These snappy, adrenaline-driven responses arise from reflexive, unconscious thought processes rather than deliberate, careful reflections.

Implicit biases can weigh BIPOC down every day—and destroy their lives in an instant. Researchers are working to understand how these insidious stereotypes drive our behavior, and how we might learn to shake them off.

The origins of implicit bias

We can trace the origins of implicit bias—or at least our cultural awareness of it—back to a thick manila envelope sitting in a P.O. Box in New Haven in 1990. Mahzarin Banaji, then a graduate student in psychology at Yale University, had always been fascinated by the idea of implicit memory—past experiences that we’re not consciously aware of, but that still manage to control our actions. When Banaji came across famous cognitive psychologist Larry Jacoby’s study on the subject, she decided to replicate the experiments for herself.

The simple and elegant study, “Becoming Famous Overnight,” was published in 1989. First, the subject reads through a list of names pulled from a phone book, such as Sebastian Weisdorf—these names are designated as “old not-famous.” The next day, the subject goes through a new list with three types of names: the old not-famous names, new not-famous names (like Andrew Ringren), and famous names (like Wayne Gretzky, a then-well-known hockey player from Canada). The subject then sorts the names into two piles—famous and not-famous. Sorting errors arose almost exclusively from old not-famous names, which subjects mistakenly sorted into the famous pile, thus confirming Jacoby’s hypothesis of implicit memory. Memories have a texture to them, and the inexplicable familiarity of the name Sebastian Weisdorf caused confusion, guiding subjects to mark them as belonging to celebrities.

A year after the study’s publication, Banaji wrote a postcard to Jacoby asking for the data, and soon enough, a manila envelope appeared in her mailbox. When she rifled through the pages, she found something puzzling—all the names were male. Banaji repeated the experiment using a mix of names and discovered that non-famous females didn’t tend to follow Jacoby’s hypothesis: Sally Weisdorf didn’t become famous overnight like Sebastian Weisdorf did.

Banaji began chatting with subjects after the tests were finished, asking them if they considered gender while sorting. Had they been making the conscious decision that vaguely familiar men were more likely to be celebrities than vaguely familiar women were? Each insisted that sexism had nothing to do with their selection process. “There was a complete lack of awareness that they were relying on gender,” Banaji says. “That was the moment for me when the light bulb went off.”

Perhaps, she thought, this unconscious reaction could help us understand the nuances of how the human mind categorizes the world.

In the next few years, Banaji and two other researchers at Yale, Tony Greenwald and Brian Nosek, banded together to develop a series of tests to measure what they began to call implicit social cognition, something that deeply impacts our social attitudes, behavior, and perceptions. The Implicit Attitude Tests, or IATs, were first published on Yale’s website in September 1988, and measure the strength of associations between different concepts (black faces, white faces) and evaluations (good, bad) by asking the user to categorize certain words and images, and measuring the response time for users to group certain stimuli together. The test went viral, especially after it was featured on Oprah. The researchers ended the month with 45,000 results to parse through.

Over time, Banaji and her team created variations of the original IAT, including tests that measure bias against disabilities, sexuality, certain ethnicities, weight, gender, skin tone, and much more. The true value of the test, however, lies in the two-decade aggregation of implicit bias data, which has proven to be a goldmine for psychologists studying this phenomenon. By tracing the arc of these scores over time, especially during the Black Lives Matter and LGBTQ+ movements, scientists are attempting to crack open the phenomenon—and find out how to fix it.

In a 2018 study, Jeremy Sawyer, a professor of behavioral science at Kingsborough Community College, looked at implicit bias data collected from 2009 to 2016. He wanted to see how results had changed during Barack Obama’s presidency, and the rise of Black Lives Matter after the killing of Trayvon Martin in 2012.

Many had hoped that anti-Black racism would decrease with Obama’s inauguration. Previous studies had indicated that bias decreases momentarily after subjects are shown images of highly respected Black figures such as Obama, Nelson Mandela, and Martin Luther King Jr. But Sawyer found that at a society-wide level, the exact opposite occurred: From 2009 to 2013, anti-Black bias slightly increased among white and Black populations.

The trend only started to reverse when the Black Lives Matter movement arose in 2013, following the acquittal of George Zimmerman for the murder of Trayvon Martin. Sawyer and his co-authors took this as a sign that mass movements can shift deeply ingrained prejudice.

He took a closer look by pinpointing six pivotal moments in the movement: uprisings following the killings of Michael Brown, Eric Garner, and Freddie Gray, the shooting at a Black church in Charleston, the Democratic National Convention’s resolution on Black Lives Matter in 2015, and the shooting of anti-police-brutality protesters in 2015. After each of these events, the IAT data set showed, racial bias against the Black community decreased across all political lines—including conservatives.

“There’s hope in social movements like Black Lives Matter,” says Sawyer. “A mass social movement involves many people across the country and chips away at structural racism.”

While racial and sexual bias has seen a slight downtrend over the last decade, other biases have not followed suit. Anti-age and disability have stayed relatively stable, while anti-body weight bias has steadily gotten worse since 2008 (see the graph below). “The biases where we’ve seen mass movements, around BLM and LGBTQ marriage equality—those have gotten better,” says Sawyer. “We haven’t seen recent movements around disability rights or anti-ageism or body size related movements. We should be trying to build those and support those as a society.”

When asked about movements causing political backlash, especially when protests sometimes lead to violence and unrest, Sawyer says, “Despite certain political forces branding movements as violent or changing the narrative to be all about looting and so forth, massive rebellions and uprising seem to work. Not only do they decrease people’s biases, but they often win political results.” For example, the Civil Rights and Black Power movements absorbed harsh criticism from the opposing side, but pulled out victories in law-enforced school desegregation and the legal dismantling of Jim Crow laws in the South (although some of these institutions still exist in different forms today). “Movements do really change biases,” says Sawyer.

How to face down your own implicit bias

To successfully manage your own implicit bias, says Jennifer Eberhardt, a professor of psychology at Stanford University, you must slow down and think carefully. “There are certain conditions under which we become more vulnerable to it: when we’re thinking fast and moving fast,” Eberhardt told Time in 2019. “We can slow down and make a shift so we’re less likely to act on bias.”

Nextdoor.com, a virtual neighborhood hub that contains community posts on everything from babysitter requests to warnings about suspicious activity, has tried to implement this strategy to minimize prejudicial posts. In 2015, Nextdoor.com decided to work with Eberhardt and various other nonprofits to fight against the influx of racially influenced comments. When a user writes a review, perhaps describing a Black man as “suspicious,” they must answer a series of questions, such as “ask yourself—is what I saw actually suspicious, especially if I take race or ethnicity out of the equation?” before posting the review. When a user references a contractors’ race in a review, further questions dig for more distinctive characteristics instead. Nextdoor.com staff also incorporated a racial profiling flag beside each review. These initiatives caused a 75 percent reduction in racially influenced comments and reviews over the 110,000 local networks hosted by Nextdoor.com, according to founder Nirav Tolia.

The practice of slowing down and practicing deliberate thought processes may sound more like a suppression of your implicit bias than a way to make it go away, but ensuring that you’re not letting prejudice rule your actions is the first—and most effective—step.

There’s no instant, foolproof way to make implicit bias go away completely, but self awareness and education are key to making that mental shift happen. Research shows that implicit biases arise from the daily barrage of information that crowds our eyes and ears—so by harnessing control over this data flood, you can slowly but surely alter your mindset. Consistently surrounding yourself with diverse perspectives by reading the writings of Black people and watching movies starring non-white protagonists, as well as staying aware of how news media may enforce certain biases, can help you neutralize your subconscious racism.

Banaji’s next project involves a self-education series in the form of study modules, articles, podcasts, and graphics posted on a website called Outsmarting Human Minds. She hopes to transform this website into a full-fledged course for use at schools and companies.

Reflecting on unconscious bias is inherently difficult and disturbing for people who don’t consider themselves to be racist. But our subconscious minds won’t change without some very conscious effort. You can actively work to help others overcome their implicit bias, too: Sawyer’s research on the impact of the Black Lives Matter movement shows just how much progress can be made in amplifying Black voices and causes.

“These experiences will change people,” says Banaji. “A white kid who marches in protest and watches the power structure unfold in real time will not be the same.”