Free tests can still be obtained at several federally-funded community sites and health clinics across the US. 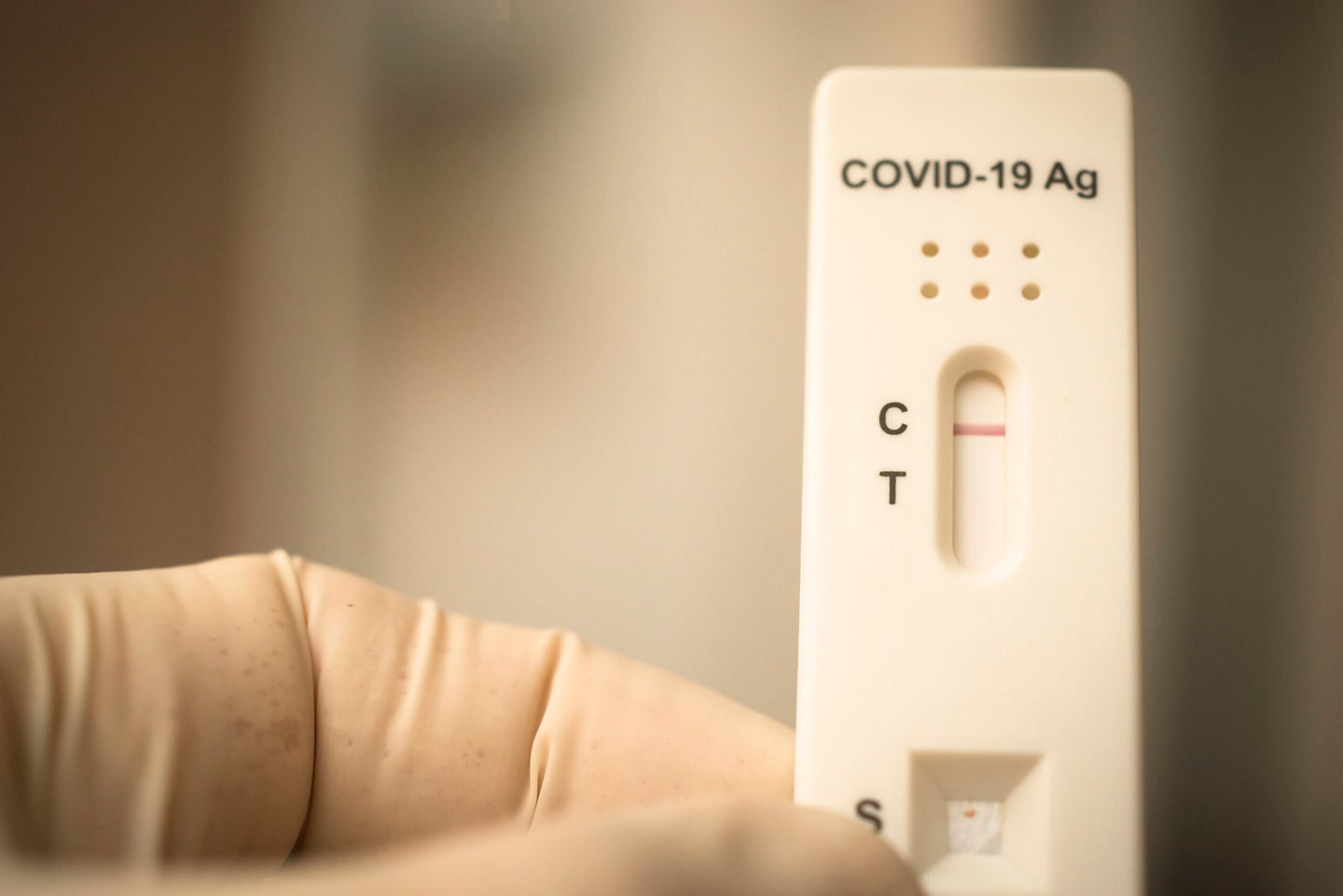 The federal government is pausing its free COVID-19 test kit program citing a lack of funding. According to the government’s website, “Ordering through this program will be suspended on Friday, September 2 because Congress hasn’t provided additional funding to replenish the nation’s stockpile of tests.”

A senior Biden administration official spoke with USA Today on condition of anonymity, as this update has not been publicly announced. The official said that the administration would work “within its limited existing resources” to secure as many additional tests as possible. However, he official did not say how many tests were left in the government’s stockpile, but did tell USA Today that testing distribution could “expeditiously resume” if Congress provides funding. Up to 600 million free tests have been delivered, according to the official.

The free home testing program first began in January, as the Omicron strain tore through the country. Households could order up to 16 tests, with the most recent ordering period in May. COVID-19 funding from the $1.9 trillion American Rescue Plan signed by President Biden in 2021 were used to help fund it and the tests were delivered via the US Postal Service. In March, the White House asked for up to $22.5 billion in new funding to pay for COVID-19 research, therapeutics, tests, and updated vaccines. Senate Republicans would not authorize any new money until the government could account for previous COVID relief money.

The lack of congressional funding could also thwart the rollout of new COVID vaccine boosters that target Omicron, expected to begin as soon as next week. This puts the country at risk if a feared fall and winter COVID surge hits in the coming months. It also comes as other federal efforts to cover free COVID-19 testing are winding down and federal guidance is shifting. The Centers for Disease Control and Prevention’s Operation Expanded Testing will stop offering free lab tests to places like schools and shelters at the end of 2022.

[Related: With COVID-19 ‘here to stay,’ CDC loosens most guidelines.]

Before the program launched, the United States lagged well behind other countries as far as free testing. By January, Britain’s National Health Service had already distributed 1.7 billion free rapid home tests (in a country of 67 million). Additionally, in Singapore, six antigen tests were mailed to every household in in late summer 2021, tests were readily available in pharmacies, and at a low cost. In India, rapid tests cost as little as $3, compared to about $20 in the United States.

Tests can be ordered through Friday September 2 or until supplies run out. For even more details on how to get those last tests, when to expect them in your mailbox, and how to properly administer a self-test, check out this guide.