Walkability is only one factor in healthy urban infrastructure. 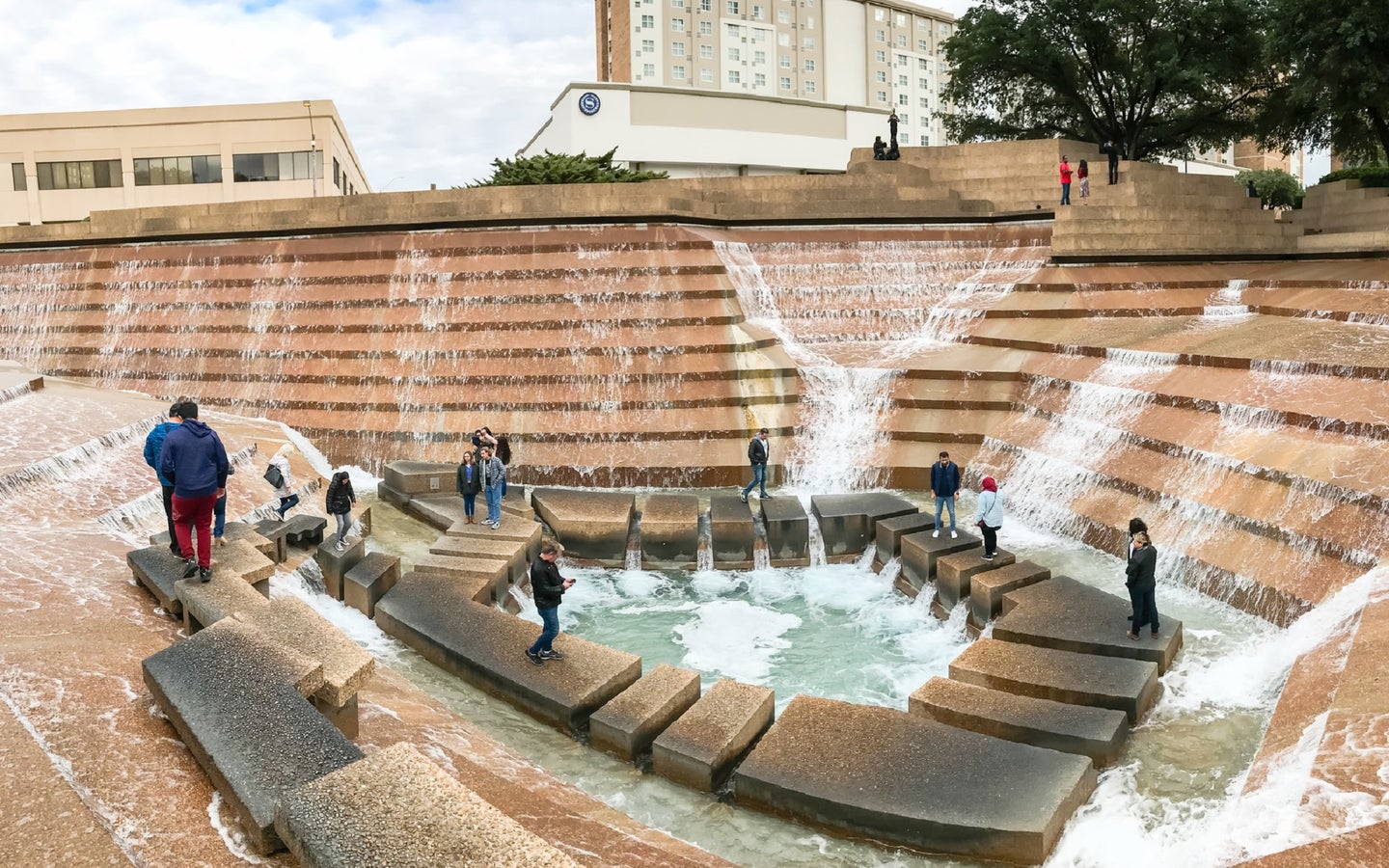 The Water Gardens in Fort Worth, Texas, are a popular urban attraction. But do they improve the health of city residents?. Deposit Photos
SHARE

From access to fresh air to food security, zip codes can determine who in the US gets to live longer. But there other hidden variables in the equation as well.

In a new study published in the journal Endocrine Reviews, epidemiologists reviewed existing research from around the world to understand how a resident’s ability to walk around their neighborhoods is linked to the likelihood of obesity and diabetes.

By reviewing several papers that link physical activity to metabolic diseases, Gillian Booth, a scientist at the MAP Center for Urban Health Solutions at St. Michael’s Hospital in Toronto, Canada, and her co-author Nicholas Howell tried to distill the individual factors that affect people’s mobility across built environments. But as Booth and Howell demonstrate, walkability isn’t just restricted to elements of infrastructure—it’s also mediated by racial injustice, food supply, and pollution.

While a built environment can refer to any human-made structure that people interact with outside their homes, including sidewalks or light posts, for this study, the authors focused on aspects of the surroundings that made it more or less walkable. Their “walkability index” combined population density, number of stores and services that were within a reasonable walking distance, and street layout and connectivity in various global neighborhoods.

They then picked apart features like the amount of green space or the level of gentrification (which can be measured by paradigms like the Starbucks index) that might contribute to a more walkable area, in turn leading to lower rates of obesity and diabetes. What they found was that neighborhoods that may be healthy according to one metric, may fall short in another, says Booth.

For example, Booth and her co-author learned that in places with higher air pollution or traffic congestion, it wasn’t as beneficial to be able to stroll around as in cleaner, quieter neighborhoods. In the more polluted areas, residents had a higher risk of illnesses such as heart disease or dementia. In essence, any gains made by being able to walk around the neighborhood were washed away by the increased concentration of fuel emissions in the air.

By comparison, in neighborhoods with low air pollution, the likelihood of diabetes or hypertension was down by around 35 percent. This goes to show that walkability alone will not protect people from health issues.

Similarly, though the presence of fast food restaurants on main streets makes sustenance more accessible, the shorter distance also comes with increased exposure to low-nutrition meals that countered the health benefits of walking to the nearest McDonald’s or Burger King.

Factors like food apartheids with a lack of healthy eating options or access to green spaces can also be traced to systemic social and racial inequities. Many low-income communities live in places that have been intentionally designed without walkability or abundant resources like parks and grocery stores in mind.

The studies that Booth and her coauthor reviewed often didn’t take socioeconomic factors into consideration—a weakness that needs to be shored up with better research.

“How do we intervene in neighborhoods with other things preventing people from using parks or green space, or ones that are not getting invested in?” Booth says. “How do we get governments and cities to intervene in neighborhoods where it would mean the most in terms of disease prevention? There’s a big gap in the literature and our understanding.”

The authors focused on walkability because it’s often seen as a determinant of obesity and diabetes. As Booth, who is also an endocrinologist, puts it, doctors consider weight gain to be one of the biggest risk factors for diabetes—even though it’s dependent on individual risk factors and genes. She stresses that many people can gain weight and still be absolutely healthy from a metabolic perspective. It’s more so about family history or genetic risk.

“Anyone might be pushed along a spectrum of risk,” Booth says. “So, we’re kind of looking at how to shift risk in a population, as opposed to what does one person do to change their risk.”

By identifying factors of high-risk environments, Booth thinks that people can get treated for pre-diabetes before they’re diagnosed. She says there are several studies that show that physical activity helps either maintain weight or reduce weight gain over time. Creating conditions that motivate people to walk regularly is just one way of keeping the disease at bay.

But with 276 million registered vehicles in the US in 2020, motor vehicles are a large part of the transportation solution for people across the nation. For Hyesun Jeong, assistant professor of architecture at the University of Texas at Arlington, Dallas is no exception. The Dallas-Fort Worth area is one of the most car-dependent areas of the country, which is what prompted her work to increase the area’s green infrastructure.

Jeong’s project has two parts: The first element involves researching the conditions at trails and parks in the Dallas Fort-Worth area to understand why some are more attractive to residents. Using an open data set of pedestrian traffic from the Texas Department of Transportation and Texas A&M University, the study will look at the different amenities surrounding the natural areas, including groceries stores, galleries, and schools. It will also consider the physical conditions of sidewalks, numbers of trees and crosswalks, as well as the diversity in types of building.

Then, Heong and her collaborators will create a few environmental-friendly and health-conscious design plans for local governments to potentially implement. Creating green infrastructure means creating infrastructure that can increase the sustainability and resilience of a city, Jeong says. In Dallas, that could mean replacing the miles of asphalt parking lots and highways that pepper the landscape, making it vulnerable in the case of heavy rain and flooding.

Jeong’s hope is to transform existing strip malls or empty lots into areas that will also provide some environmental gain such as green roofs or ecological habitats. This, she thinks, could help combat climate change through more effective stormwater management systems that reduce the burden on lower income communities. In the long run, she wants to slowly shift the public perception of what living in a more green city could look like—a place where parking spaces aren’t immediately handed over to large-scale developers.

“After COVID happened, people started to use parks more after COVID. There is a change of lifestyle where people start to care more about their health, about their environment,” Jeong says. “I think that was already a start. We just want to push this more, and see how it goes in the future.”

Jeong’s vision for a greener Dallas takes on Booth’s idea that being able to walk around aneighborhood doesn’t just need to start or stop at health benefits. By taking steps to shift the way individuals are able to interact with their surroundings, design infrastructure can yield an array of benefits that are better for the community at large.