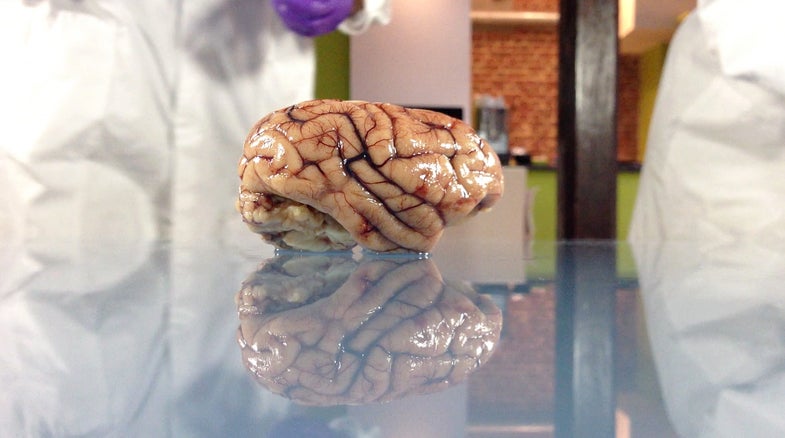 Macaque anatomist Roxana Kooijmans wants you to know about her brains. Kooijmans is a coordinator at the Primate Brain Bank, a non-profit organization that provides brain tissue to researchers who study how primate brains work. The brain bank had potential to be an invaluable scientific resource, but it had a flaw: most scientists—including those in its Netherlands hometown—had no idea it existed.

The solution to the 13-year-old organization’s obscurity problem came from an unlikely place: online shopping.

To publicize the bank’s collection of brains, Kooijmans needed high-quality photographs—not the sparse anatomy drawings that were all that existed at the time (As Kooijmans tells Popular Science, “nothing has the impact of a real brain.”) But turning the Primate Brain Bank into a digital photographic database for scientists (and average people who are interested in monkey brains) quickly became a logistical nightmare. She needed photographs with nothing in the background, that could also show scale—from the giant gorilla brain to the tiny lemur brain. When she was telling her developer husband about these parameters, he mentioned a new machine for which he was helping to develop an iPad app. 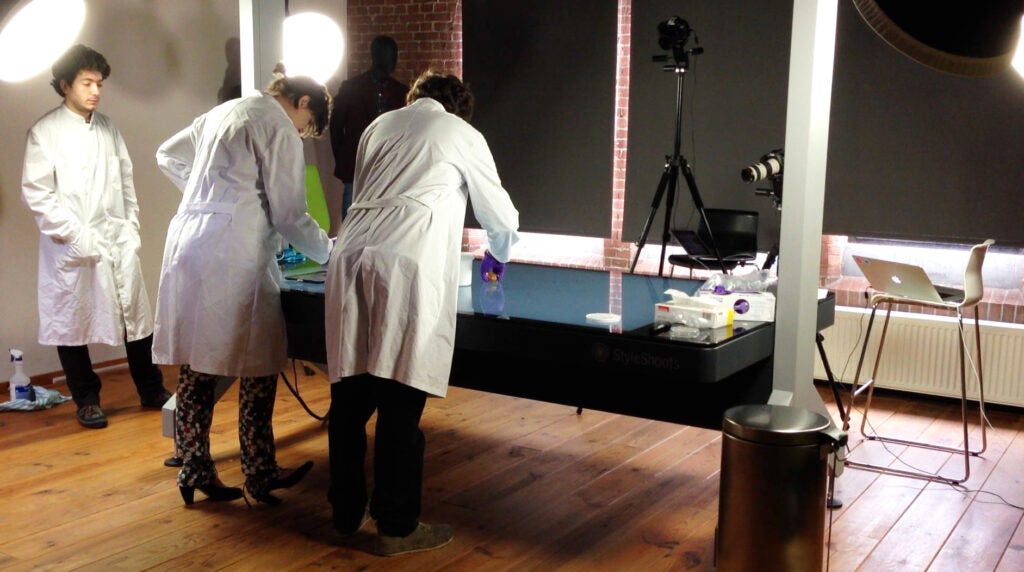 The machine comes from a company called StyleShoots. And as the name suggests, it is used to photograph clothes for the fashion industry. When e-commerce ballooned, there was a need for clear photos of garments with no background imagery to post on companies’ websites. Editing out backgrounds caused inefficiency, so in came StyleShoots. The machine is basically a giant a glass table with a cage of lights and a beam overtop that houses the camera. A Mac Mini provides the power, and a 5D Canon camera, complete with an L lens and motorized zoom, works the imaging. This hardware all communicates with an iPad, which acts almost like a remote control, and guides the user through the photographing process.

Such a setup works great for clothes, but it was also exactly what Kooijmans and the Primate Brain Bank needed. “It was quite an interesting request, ” says Anders Jorgensen, head of product development at StyleShoots. “We had been testing with a lot of products, like jeans, pullover sweaters and shirts. It never occurred to us we would be using it with brains.”

“We had been testing with jeans, pullover sweaters and shirts. It never occurred to us we would be using it with brains.”

To bring the brains to the people, this summer, over the course of two hours, the team—complete with lab coats—photographed 46 brains using the StyleShoots photo machine. In doing so, they created perhaps the largest digital photographic primate brain database available to the public. The results are browsable at the Primate Brain Bank’s website, which re-launched this summer. Kooijmans and her team are working on making the site into a comprehensive primate and primate brain resource, enlisting help from specialists in the field.

A large part of the brain bank’s service is providing tissue samples to researchers who are studying things such as comparing how new proteins are expressed in brains that are evolutionarily similar to humans. The Primate Brain Bank receives its brains from zoo or park donations, from animals that died of natural causes, or those that had to be euthanized for reasons other than obtaining their brain tissue. But given the small size of the field, such sample requests only happen a few times every year. To fill the time in between, they’re turning to other means in order to spread more information about these brains.

“When you talk about the brain, it’s interesting. But when you can show students a real brain, they’re completely amazed. It’s a completely new dimension,” Kooijmans says.

You can watch the photo shoot in action here:

Photographing Primate Brains on Fashion Equipment from StyleShoots on Vimeo.