What the new climate report says about where you live

There's a lot of info in here about what we're in for. 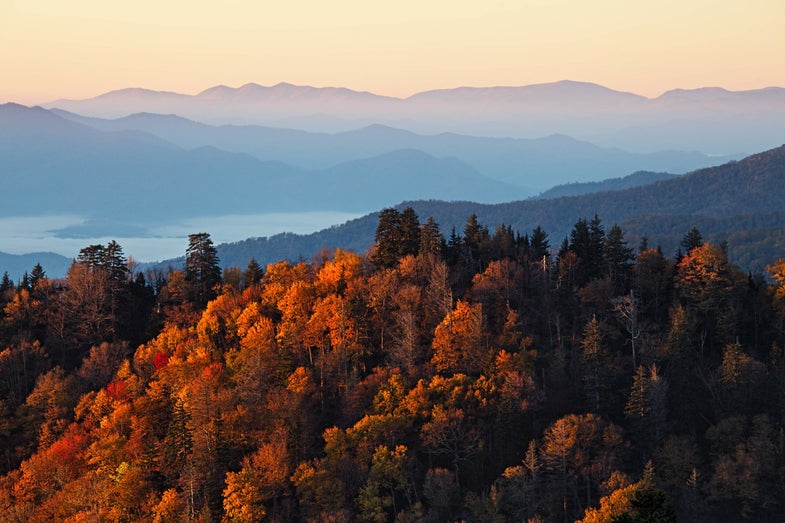 Released during the national hubbub of Black Friday, the Fourth National Climate Assessment is just the latest in a series of grim reports. Experts lay out what’s already unfolding around us as a result of climate change, and offer a series of future scenarios based on how much—and whether—the global community manages to slow down rising carbon emissions.

“We’re seeing these predictions become reality all across the country now,” says University of Connecticut ecologist Mark Urban. Of course, to scientists, this dread is nothing new. “I would argue that it’s the exact same story that has been told for 25 years,” says Brett Scheffers, a global change ecologist at the University of Florida.

“U.S. residents are now being forced to cope with dangerously high temperatures, rising seas, deadly wildfires, torrential rainfalls and devastating hurricanes,” report coauthor Brenda Ekwurzel wrote in a prepared statement published on the Union of Concerned Scientists website. She is the director of climate science at the UCS.

A common misconception is that all these reports on climate change have actually motivated countries around the globe to lower emissions and that emissions are subsequently falling, says Scheffer. The opposite is true: emissions are continuing to rise. And even though international agreements aimed at lowering carbon emissions exist, many countries (including the United States and our northern neighbor Canada) are failing to live up to them. “We haven’t done anything about this yet, and the casualties are continuing to mount,” Urban says. Because climate change affects the whole planet, it affects everyone and everything, from the natural world to the economy. “These systems are quite coupled, whether people realize it or not,” says Scheffer.

That’s a message with some hope to it, because changes we make in our own self-interest to negate climate change will also help plants and animals that can’t survive warming temperatures. The worst possible consequences of climate change can potentially be mitigated by ensuring that warming doesn’t rise above 1.5 degrees Celsius, but no matter what, change is happening now.

Even if you accept the reality of climate change as an active and powerful force, it can be hard to know what’s likely to hit where. Here’s a look at how climate change is already affecting—and will continue to affect—your own corner of the contiguous United States. We linked to each section of the report, which is written in plain English, if you want to learn more about your region.

Maybe the most visible change happening in the Northeast is the waning of seasonality. The lush fall foliage that attracts so many tourists won’t happen anymore, and the trees themselves will likely die off and change. “Colorful autumn foliage, winter recreation, and summer vacations in the mountains or at the beach are all important parts of the Northeast’s cultural identity, and this tourism contributes billions of dollars to the regional economy,” the report reads.

Whether or not we get emissions down to even the levels recommended in the report, the Northeast faces the largest temperature increase in the contiguous United States by 2035. That change “would occur as much as two decades before global average temperatures reach a similar milestone,” the report reads.

One side effect is the spread of insects like mosquitoes and blackflies. “There are lots of animals that are literally living in hell,” says Scheffer, facing population declines because of biting insects that quite literally suck them dry. Mosquitoes also spread disease to human populations.

“We’re basically tropicalizing these United States,” Scheffer says. And all these different regions are deeply connected. The Appalachians, for instance—home to the greatest diversity of salamanders on Earth, “zoned like a layer cake” in temperature regions up the mountains, says Schaffer—stretch from the Northeast to the Southeast.

“Every single state [in the country], if I put my finger on it, you could make some predictions,” says Scheffer. Still, he says, parts of the southeast—specifically, Florida—are “ground zero” for the effects of climate change.

“These risks vary in type and magnitude from place to place,” the report reads, “and while some climate change impacts, such as sea level rise and extreme downpours, are being acutely felt now, others, like increasing exposure to dangerously high temperatures—often accompanied by high humidity—and new local diseases, are expected to become more significant in the coming decades.”

“My understanding of the Midwest is that it’s climatically kind of an unpredictable place,” says Scheffer. The biggest consequence of climate change here: volatile weather will cause stress on the environment and make growing crops difficult year over year. “Increasing precipitation, especially heavy rain events, has increased the overall flood risk, causing disruption to transportation and damage to property and infrastructure,” the report reads.

This volatility undermines the effectiveness of the sophisticated technology that allows farmers to maintain efficient agricultural systems, says Scheffer. At the same time, the region is expected to warm up overall, and balmy nights are associated with decreased crop yields, he says. The Midwest is also likely to be affected by Arctic weather patterns changing as that region melts and fundamentally transforms, he says, which may also cause unexpected chill events.

In stone fruit country a little east, “we’re seeing decreasing winter chill events” that the fruits rely on, he says. Does that mean that we’re not going to have peaches and plums anymore? “No,” he says, but it does mean that farmers are going to have to invest in continuously changing the varietals they plant to suit the new temperatures—a huge use of capital and effort, and another huge inefficiency.

Both the Northern and Southern Great Plains already have highly variable climates and conflict between different stakeholders in resource use—Indigenous tribes, livestock farmers, and resource extractors being just three.

“The Southern Great Plains, composed of Kansas, Oklahoma, and Texas, experiences weather that is dramatic and consequential,” the report reads. “Hurricanes, flooding, severe storms with large hail and tornadoes, blizzards, ice storms, relentless winds, heat waves, and drought—its people and economies are often at the mercy of some of the most diverse and extreme weather hazards on the planet.” We can expect this variability to only increase and grow more dramatic.

The west is already seeing some of the most dramatic effects of climate change. “We’re seeing fires, and we’re going to see more fires, and we’re also going to see more landslides,” says Scheffer. A combination of droughts and rain, with “more extremes within any given season,” will help destabilize climate in these regions—and to destabilize lives, as the Camp Fire in California is dramatically demonstrating.

In the mountains that are part of this region, animals will try to survive but may not be successful. Urban offers the Pika as an example of a vulnerable mountaintop species. “Now that these mountain tops are warming, this is an organism that doesn’t shed its fur,” he says. The problem is obvious: the Pika can’t adapt to the changing climate, and it also can’t just transport to a different, colder mountaintop. “We can think of mountaintops as being sky islands,” Urban says. When conditions change, there’s nowhere to go.

Of course, these boundaries are all artificially constructed This global process is big and incomprehensible, but you can understand—and influence—what’s happening in your own backyard. “These ecosystems are starting to tear apart,” Urban says. How much current ecosystems destabilize and what takes their place will depend on a lot of factors—but the least we can do is notice.