Gifs will rule the world

Meet the man who brought gifs to new heights. 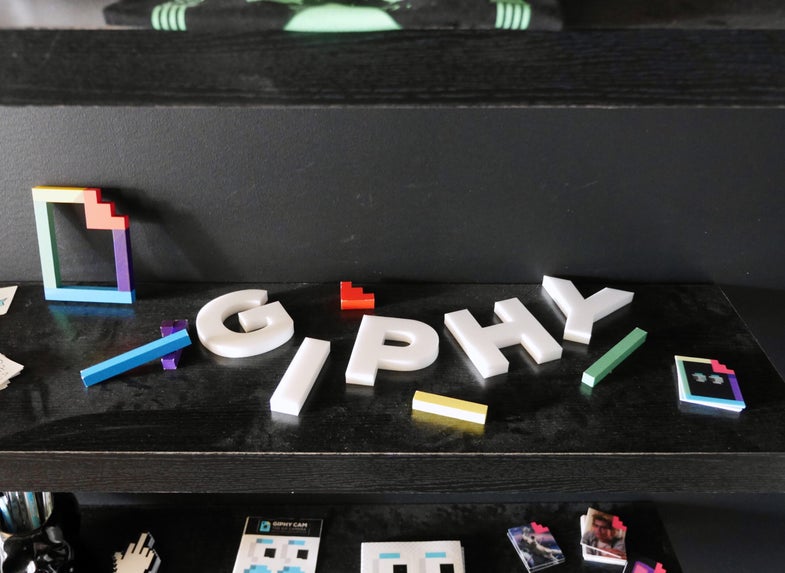 The founder and CEO of Giphy, the Google of gifs, is perched in a green mid-century modern recliner in the company’s SoHo headquarters. The open, brightly-lit space looks out onto the Big Apple—like you might expect from a 2016 tech startup. But the free buffet lunch, which I was invited to partake in, doesn’t exactly smack of a struggling company with no business model.

That’s because Giphy isn’t struggling. Interest in Chung and his three-year-old company (which has booked $55 million in venture capital backing and sparked acquisition-related fantasies by Mark Zuckerberg, who once denied gifs on Facebook), has become a preoccupation in the tech world. And for good reason. The Giphy team has figured out the obsessively fun art of indexing, creating, and sharing the communication tool of the future.

“Gifs are efficient,” says Chung, who wears a strip of lank hair over his forehead beneath a floppy beanie as we talk. Chung’s skater look unintentionally (or cleverly) distracts from his wisdom. “It’s the easiest, natural way to communicate by using the entire lexicon of pop culture as your dictionary.” (By the way, the gif sage pronounces the file format with a hard “g,” as in great, not a soft “g”, as gee whiz. End of debate.)

So what’s the appeal of these little mini-movies, other than their easy-to-digest brevity? To answer, Chung poses a question: “We always ask, ‘When has the internet really made you cry?’ Or made you go, ‘aww?’ It doesn’t really do that! Unless you read some really beautiful poem. Usually without a video or moving image it doesn’t really happen.”

Whereas watching a video link from a friend can be a hassle, the gif finds the best highlight and holds down the replay button. 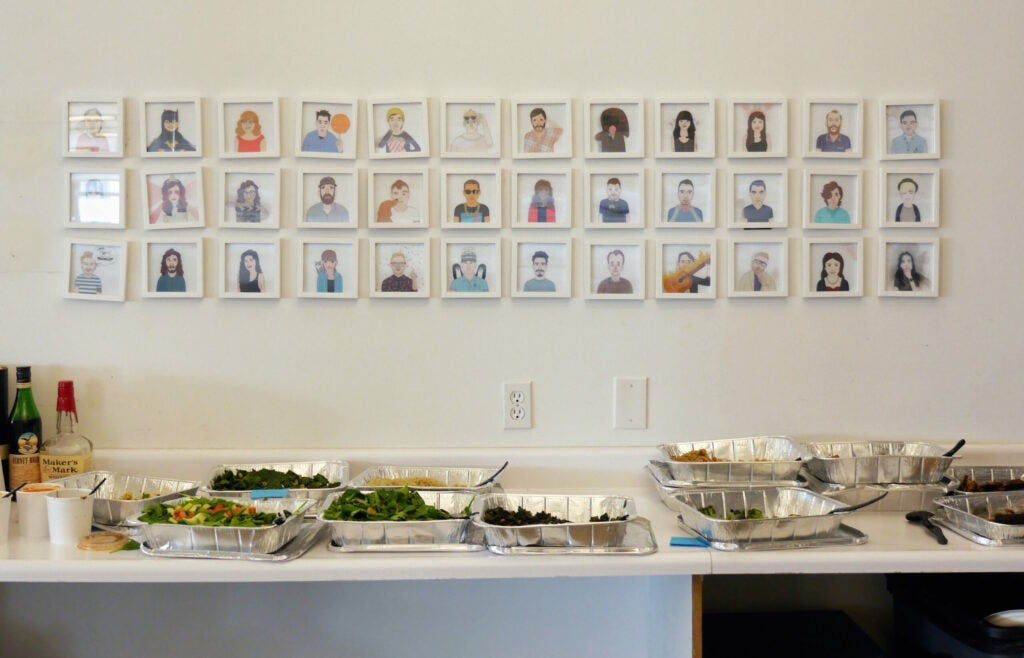 Chung’s youthful look is deceiving. When I ask how old, he replies with a simple, “Ageless.” He was born in Korea and lived in San Francisco for six years, working at Intel, among other companies. He moved to New York in 2006 and then started Giphy.

Chung notes the differences between coasts: the algorithm-driven West versus the humanist East. “Wearables and startups versus magazines and fashion,” as Chung puts it. Taking notes from both regions, the company absorbed other startups on its rise to moving-image dominance, including the gif messaging app Nutmeg and gif creation tool Gifsoup. Each of the companies’ founders, Julie Logan and Andy Hin, joined Giphy too.

But gifs transcend regional differences. “What we’re doing is universal, so we see a lot of international use. Because of how Hollywood has distributed entertainment around the world, and because American culture tends to be the center of all culture, gifs are often the center of expression and communication for everyone in the world,” says Chung. Some 65 million people use Giphy every month. “It’s pretty cool to see that much worldwide use.”

But it isn’t just dancing cats or 80’s television memes (which are among Chung’s favorite gifs). Gifs have the potential to be pragmatic and productive. “We think it will be used for really practical things. Like, you get a cut and you think, ‘How do I stitch myself up?’ You can find a gif that will show you in five seconds what to do. The same goes for CPR, or the Heimlich maneuver.” Or for how-to’s, recipes, almost anything. Just check out the educational gifs section of Reddit for proof.

Chung’s musings are interrupted by a Valentine’s Day gift-bomb of candies, sent by another young internet company, Managed By Q–a startup to help business-owners with workplace upkeep. As if Giphy’s headquarters would let you forget for a second that you’re at a startup.

It isn’t every day a separate company visits yours to fill your belly with sweet treats. But Chung isn’t too distracted by Q. Grabbing a candy, he continues to say how gifs can also teach emotionally valuable and poignant lessons. At this year’s South By Southwest, a mother of an autistic child walked up to him to say thanks. “She said, ‘We use your site to teach him what human expression is. There’s no place else I can really do that.’” Chung added, “I felt kind of proud at that moment.”

The Giphy founder continues giving examples of the usefulness of the moving, repeating image. “Because gifs can loop forever,” Chung says, “they can represent a concept that other mediums can’t, such as infinity.” You’d have a hard time entering infinity into a calculator or writing out the numbers in a text to someone. 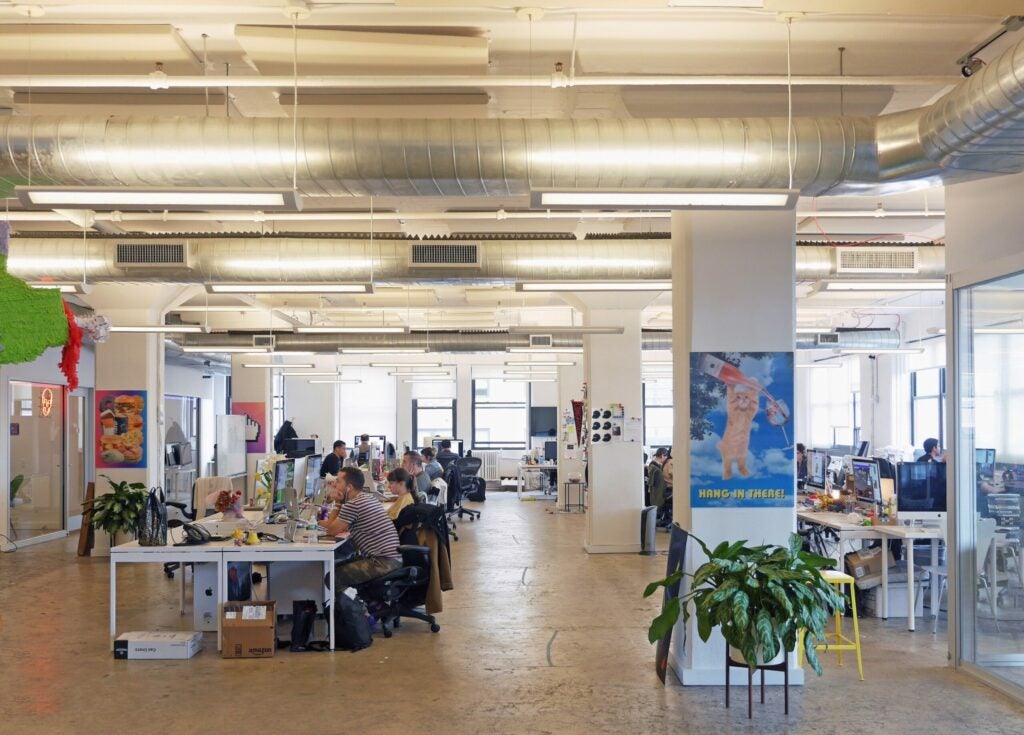 Giphy HQ reminding you to hang in there

Chung also realizes that sharing gifs—over text, over email, or your workplace chatroom—is a huge part of conversing digitally. Taking note of the power of SMS, iMessage, WhatsApp, and every other way to share bubbles of text, Chung notes, “It’s becoming not a web page-based world but more a conversation[-based world]. And gifs are the best medium for that.”

The idea is information going from libraries of data and tomes of knowledge back to essentially word of mouth—a sort of return to form for human beings. But replace cave conversations around a campfire with a keyboard and your favorite messaging app. I tell him he’s hit on some pretty profound stuff. Chung laughs, “I just made that up right now.”

Giphy can be thought of as the Google of gifs. Though the newer “G” also takes notes from companies like Netflix in regards to being everywhere dialogue is: plugins for Gmail, apps on Facebook Messenger, built-in buttons on Twitter represent the importance placed on omnipresence. And Giphy has recently decided to take the streaming video company’s influence one step further: a project called Giphy Studios will serve as the company’s original content play. Though instead of releasing an entire season of television, Giphy plans to make its own in-house gifs. 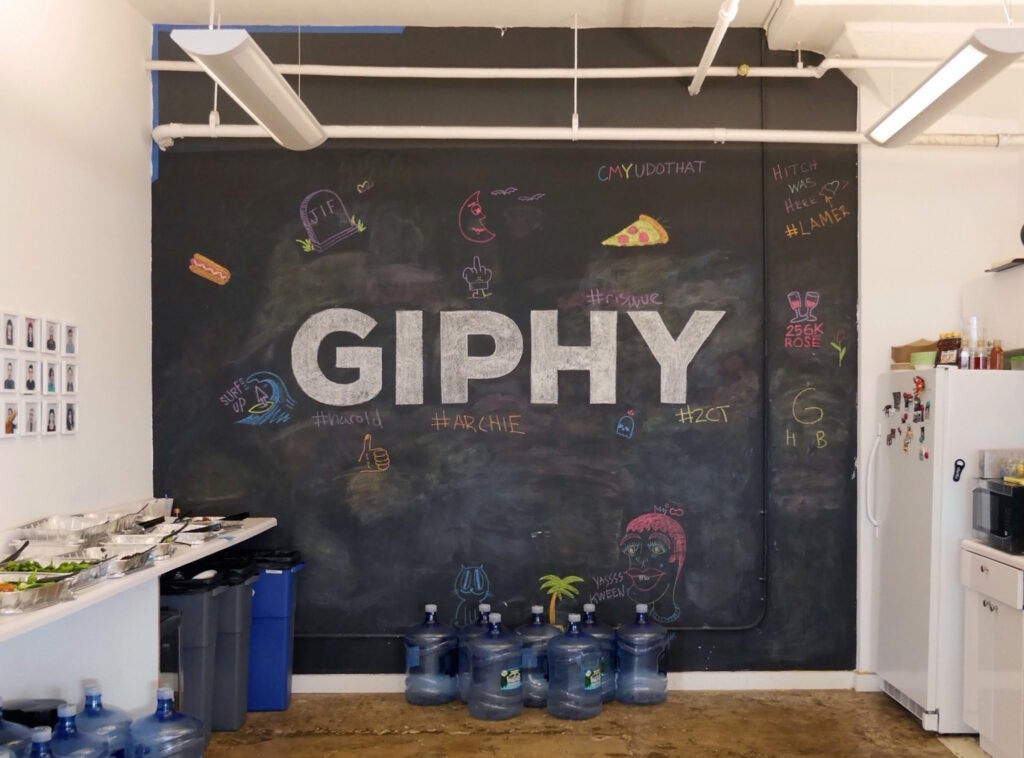 The Graphics Interchange Format is nearly 30 years old. But if Chung and Giphy are to be believed, the gif has a long future ahead of it. If an image is worth 1,000 words, the moving image is worth exponentially more. “Gifs are everything we as humans want to say that words can’t express.”

A version of this article was originally published in the May/June 2016 issue of Popular Science, under the title “The Guy Who Made Us Speak In GIFs.”