How to make Siri smarter 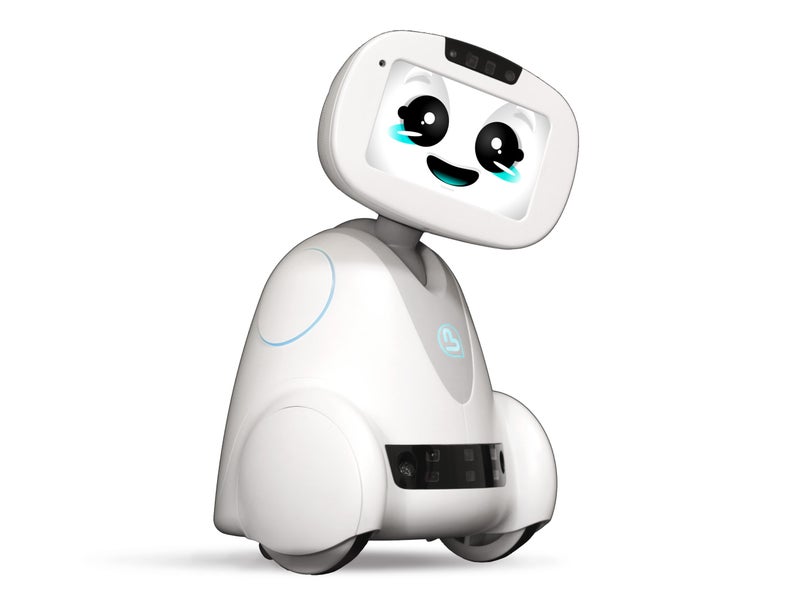 If you’ve ever dreamed of having a robot minion a la Luke Skywalker or George Jetson, good news: Now there’s Buddy. The 2-foot-tall robot can serve as a rolling home-security system, remote control for your gadgets, and personal assistant. It sees, hears, and speaks through an 8-inch tablet that serves as its face and brain. Buddy’s software was built on Unity, a popular gaming engine, so it’s easy for developers to build custom apps and features. $750. Blue Frog Robotics
SHARE

Virtual personal assistants have become another self-fulfilling prophecy of technology. When Tony Stark talks to Jarvis in Iron Man, we want that level of interaction in real life, and making that happen becomes the area of study for hundreds of software developers and researchers (including, recently, Mark Zuckerberg).

These virtual assistants are going to be a large part of the future mobile phones, whether you like them or not. All major mobile operating systems have a digital personality baked into their software — Apple’s Siri, Microsoft’s Cortana, and Google Now — and they all generally do the same thing. Siri, Google Now, and Cortana can all schedule appointments, set reminders, look things up on the internet, and few other simple tasks.

But while they might save a few taps on your screen, they’re still not as helpful as they can be. They offer only a limited set of capabilities, and often struggle to understand simple phrases or instructions that wouldn’t give most humans a second thought. No virtual personal assistant has matched the promise of their pop culture counterparts.

Maluuba, a Canada-based artificial intelligence company, is betting that they can figure out a better way for machines to interact with humans, having just raised $12 million to open a new lab in Canada. They’re also partnering with veteran artificial intelligence researcher Yoshua Bengio, now a professor at University of Montreal.

“We really do believe that language is inextricable from human intelligence,” said Adam Trischler, a research scientist at Maluuba.

However, they’re not new to the race. The company currently provides basic natural language processing services that are deployed on more than 50 million mobile devices, including phones from large companies like LG.

They’re looking to train networks on stories written by humans, instead of documents found on the web, like Google is interested in doing.

Right now, they’re starting on children stories. By understanding where characters are located in time and space, and tracking narratives, the Maluuba team thinks they can translate this level of “thinking” into a virtual personal assistant that knows more about what the user wants, and is able to be more effective.

This is similar to the work Facebook has done with simplified stories from The Lord Of The Rings, and we’ve seen other programs learn to write simple stories, so the idea clearly has some merit.

However, Maluuba stresses that the stories they’re working with are much longer and actually written by humans (rather than Facebook’s machine-simplified story). By reading words written by humans, the algorithm would be better suited to the way humans communicate.

This level of prediction could mean your phone would learn that you like to go to the bank before you go grocery shopping, so by using GPS data it could automatically bring up your shopping list, or recipes you want to try. It could mean reminding you to bring something to work based on an email the previous day, because now your phone understands the flow of your day.

By training on very specific data, in this case lots of images of shoes and information about shoes, they’re able to make a virtual map of information. The algorithm looks at pictures of boots and shoes, and then groups similar ones together. Then, based on the user’s choices, the algorithm explores similar shoes based on the attributes it thinks the user wants, and suggests a slew of similar products.

Sentient Technologies has also invested in using the massive amounts of data that artificial intelligence algorithms are able to sort to help make better investing decisions.

For those still itching for Jarvis, you’re not alone in your anxiousness. Even Facebook’s founder and CEO Mark Zuckerberg can’t seem to wait for his own company to build a true virtual assistant. In January, Zuck announced that he would be building his own Jarvis this year, as a personal goal he sets every January.

“This should be a fun intellectual challenge to code this for myself,” Zuckerberg said, in the understatement of the year.