With New Acquisition, Tinder Gets Into ‘Augmented Reality’

A new vision for the dating startup 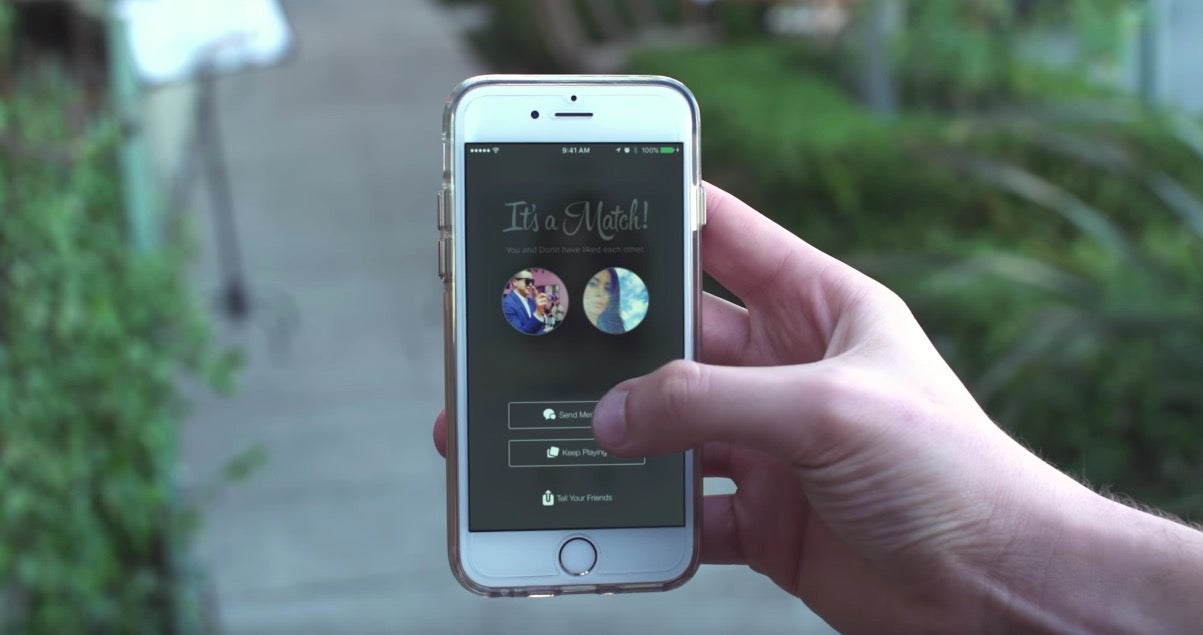 Tinder will be acquiring Humin, a startup focused on the context of relationships. Tinder
SHARE

The dating startup is announcing its second acquisition today, buying a company called Humin that specializes in figuring out the context of social connections.

But Humin isn’t a dating app or a social network. With this addition the company, Tinder is starting to break from the mold in which it was formed.

Humin CEO Ankur Jain, who will join Tinder as VP of product and head of special projects, says that Tinder’s longterm play is to help manage more of our social interactions.

In this potential future, you might open up Tinder to see if anyone at the nearby bar has common friends or hobbies, and wants to meet up. You might use it to see which friends are available to hang out, or remind you of acquaintances’ names or interests. It’s less about screen time, and more about streamlined social information.

To Jain, Tinder is augmented reality. The app’s entire mission is to enhance communication in the real, physical world. The goal isn’t to keep talking online— it’s to meet, connect, and stay in touch. Other services, like Facebook, Jain compares to virtual reality. There’s no implication of meeting in real life when talking on the service. It’s a virtual space for virtual communication. And Jain says that’s less authentic, in a way.

“Virtual reality, while it offers a tremendous new world for us to play in, is a different kind of social experience,” he says. “It’s one, I think, where you’re more detached from the human connection we all seek.“

This isn’t augmented reality like Microsoft’s HoloLens (yet). Instead, it’s using the hardware you have with you, usually your phone, to augment the specialized information you have about the people around you. Jain does say, however, that Tinder will adapt to whatever hardware platform is popular and helpful for users.

Tinder is succeeding by applying this augmented reality strategy to dating, but this shift means they see a wider audience on the horizon.

“There are 7 billion people in the world. You can’t meet every single person, but that doesn’t mean there aren’t amazing people that you would want to meet if you could.” Jain says.

Tinder’s goal now is to augment that information, and help put into context; in other businesses this would be called “actionable information.” It’s figuring out how your friends might know each other, or the ability to know that someone else at the bar also really likes the 90s Nickelodeon cartoon Street Sharks. This information is valuable because you can make real-world decisions based on it. A conversation can start out of the blue, or a relationship can be strengthened.

But this new direction will be an uphill battle for the brand. Tinder has firmly placed itself as a dating app. There’s a cultural relevancy to the mobile software, from /r/Tinder, the subreddit where more than 200,000 people swap screenshots from the app, to people hashtagging that they #SwipedRight on their wedding photos. Jain sees this is a five to 10-year progression, and not something that they can change overnight.

The Humin app itself, which is an algorithmic address book that manages contacts based on your relationship with them, will be shut down shortly after the acquisition. The Humin team’s other app, “Knock Knock“, which sends contact information between two people with just an external tap on the phone, will also be pulled from the app stores.

The software from these apps will be folded into Tinder’s future projects, although Jain can’t comment on whether (or how much) Humin’s algorithms will impact Tinder’s main matching algorithm.

Humin has received media and investor attention in the past for its apps, with previous financial support from the likes of Sir Richard Branson, Will.i.am, and Sophie Bush.

The idea of Tinder buying Humin started in November of last year, when Jain and Tinder CEO Sean Rad were catching up in Dublin. The two had been friends, but didn’t know how closely their visions aligned.

They started talking about how Tinder’s scale could be used as a platform for Humin’s technology, and over the last four months decided to work together to merge ideas.

Many might ask why this needs to be a feature of Tinder. Surely, we’ve made friends for thousands of years prior, and it’s seemed to work fine.

In that regard, Jain points to the fundamental goal of technology.

“Technology is rarely creating new behaviors,” he said. “It’s what we already do, it’s just facilitating so you can find things better, faster quicker. What should I do tonight, who should I meet up with?”