11 gifts for 7 types of science enthusiast

Treats for physicists, chemists, biologists, and others. 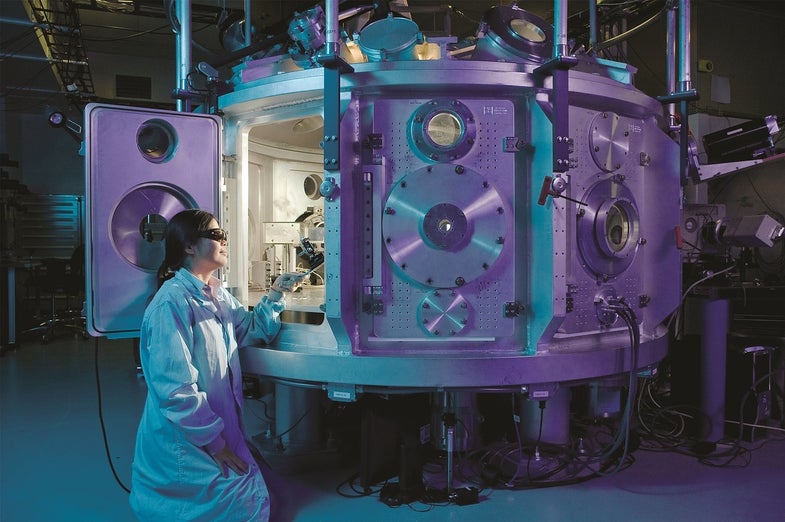 If you’re visiting this website, you probably like science, or at least have friends that do. And within the category of general fans, you’ll always find specialists: those who love learning about, or actually work in, a field like physics or paleontology.

So when you start shopping for science gifts, get specific. We’ve collected the best picks for everyone from mathematicians to medical doctors.

On the Venn diagram of scientists and punsters, you’ll find significant overlap. And that’s never more evident than on Pi Day, when geeks celebrate everyone’s (well, almost everyone’s) favorite irrational constant. This nifty oven-safe and microwave-safe ceramic pi dish will give your math-loving friend an excuse to celebrate Pi Day whenever she fires up the oven. $25.

The Soma cube may look like a 3D version of Tetris, but it’s actually a puzzle that mathematicians have enjoyed analyzing for the better part of a century. The goal: Combine the seven pieces, each a different combination of cubes, into a single larger cube. Advanced players can try to unpack all 240 different ways of forming said cube, or start building more complex shapes. $14.

This desk toy demonstrates a classic physics principle: conservation of momentum. Like the Soma cube, you can play with Newton’s cradle on multiple levels. Beyond the simple satisfaction of setting the spheres off into a swinging pattern, you can measure their motion; compare the effect of starting with one moving orb versus two, three, or four; and try out more advanced tricks. Serious physics nuts can even build mathematical models of their cradles. $22.

Telescopes let you get up close and personal with celestial objects. Smartphone cameras let you snap and share amazing everyday sights. To combine the two, your starry-eyed friend needs a specialized mount like this one, which lets her attach her phone directly to her scope. With it, she can photograph the moon and even certain planets without investing in professional equipment.

As a bonus, this type of smartphone mount also works with microscopes. Give it to a biologist (more on them later) who wants to turn tardigrades, amoebae, and other wee organisms into Instagram stars. $19.

There’s nothing quite like gazing up at a night sky full of stars. But if you live in a light-polluted area, or the weather drives you indoors, there’s an alternative: A home planetarium can bring those stars directly into your home. While amateurs might settle for generic pinpricks of light, more serious astronomers will want a projector—like this one—that throws accurate constellations onto the walls. $150.

You never know when you’ll have to check the atomic number of rubidium. Well, this might not be an issue for you, but to a chemist, consulting a periodic table is an everyday concern. Give your element-obsessed pal this sturdy metal wallet card, and they’ll never need to Google the periodic table again. Plus, your buddy gets the joy of calling himself a card-carrying chemist. $10.

If you want to spend a little more money on the chemist in your life, consider a spice rack that puts the “lab” in…um…lablabi (or labneh). These containers, shaped like test tubes and Erlenmeyer flasks, will let your geeky friend play mad scientist every time he cooks. $50.

While lots of biologists sequence DNA as part of their research, not all of them have the chance to analyze their own genes. Help your friend unravel her personal biology with this DNA kit. She won’t have to do her own PCR—or any other type of genetic processing—because the 23andMe team take care of all the analysis. These tests will reveal users’ ancestry and even whether they have distant, as-yet-unknown relatives. Just don’t rely on it to figure out your risk of disease. $99.

Beasts of the Mesozoic

When most people think about dinosaurs, they picture the scaly reptiles of Jurassic Park fame. But dedicated paleontologists know that these extinct creatures actually had feathers—and in some cases, scientists have even figured out the color of their plumage. So if you have a friend who likes to argue about the existence of the brontosaurus, give him a scientifically accurate figurine that he can display with pride. Just one caveat: Beasts of the Mesozoic started out as a Kickstarter, and as often happens with crowdfunded projects, its development took a little longer than expected. At the moment, preorders are not guaranteed to reach recipients in time for the holidays—but for some nerds, this gift would be worth the wait. $40.

Whether medicine is an art or a science, its practitioners deserve as many gifts as the next nerd. Although these coasters—each of which illustrates a different slice of a human brain—would make a perfect gift for a neurosurgeon, any doctor worth her salt can display them with pride. $22.

Dealing with bodies every day can encourage a—shall we say—unique sense of humor. Let your favorite doctor joke around with an insulated lunch bag that advertises the presence of human organs within. Hey, at the very least his coworkers might think twice before stealing his sandwich. $14.