Order your coffee with peace of mind 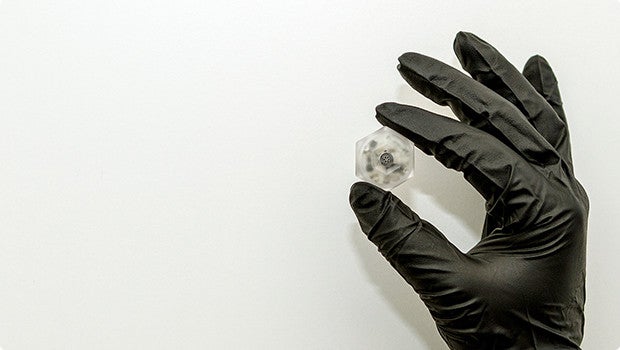 Home security systems are great for knowing when people are entering your home or even for preventing them from doing so. But they don’t really protect what’s inside and they aren’t exactly portable. You can’t take them with you to a coffee shop to protect your laptop when you are standing in line ordering a drink.

Metasensor’s Sensor One, though, can do all of that, and actually a fair bit more. The company, which launched its IndieGoGo campaign today, wants to use its smart sensors to change the way we protect our belongings, and how we track objects in general.

Sensor-1 is a small, octagonal disk that contains an accelerometer, a gyroscopic stabilizer, and a magnetometer, which work together to track the orientation of the device it’s attached to in three dimensions. They alert Sensor-1 if the object has been moved, and how. It also has three LED lights, a small siren, and Bluetooth connectivity.

When the sensor is moved, it can play a noise and flash lights, silently send an alert to your smartphone, or do both. It works in any orientation, and senses movement in any direction. With the connected app, the user can set the sensitivity of movement that trips the alarm, or even proximity. That means the sensor is automatically armed when you walk away from your backpack to order a cup of coffee. (The alert will go off when someone is trying to take the sensor off, too.)

Metasensor says that they’ve seen interest for applications like these from people who rent their homes on AirBnB. They can place Sensor-1 devices on the items that they don’t want people to touch, and can get alerts if their private belongings are moved.

But this sensing technology also goes far beyond the home and personal devices. Metasensor is releasing APIs and a software base, which they are calling the Aletha platform. With that, the sensors can be trained to detect certain kinds of movement, and even trace their paths through 3D space using their own sensory data and spacial relationships to any other sensors. This could be used to send an alert to the precinct when a police officer unholsters their weapon, or used in hospitals to track patients’ physical locations.