Thank You, Based Bezos 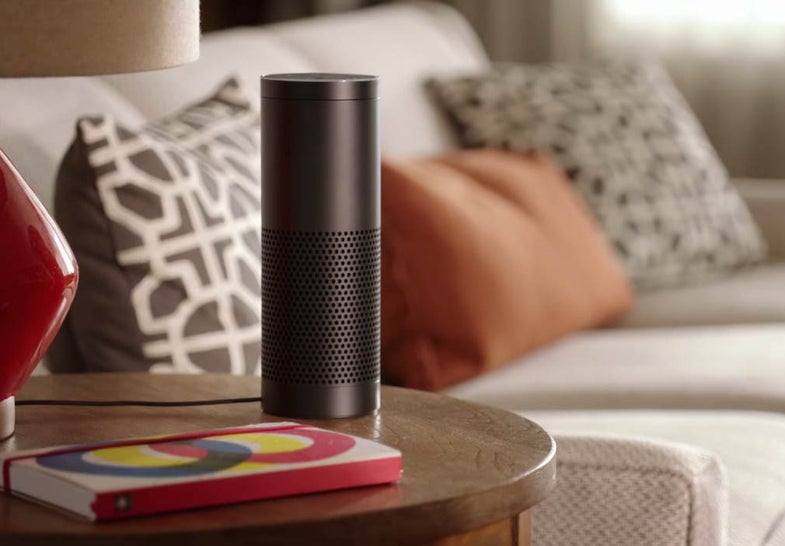 The Amazon Echo is the online retailer’s play at a digital, voice-only assistant, which comes in the form of a cylindrical speaker tower that listens for your voice. Debuting in November 2014, Amazon has steadily added features to the tower and the voice assistant it contains, who goes by the name “Alexa.” And the device’s potential led to it receiving our Best Of What’s New grand prize. Now Jeff Bezos and his team are adding one of the most important features yet: Spotify support.

Thus far the Amazon Echo had support for iHeartRadio, TuneIn, and flash news briefings from sources like NPR and BBC News. And, naturally, Amazon Prime subscribers could access their tunes that lived on Amazon Music. With Amazon’s news today of support for one of the more popular music streaming services, songs and playlists can be summoned simply by naming artists and songs. However, the Amazon Echo will only work for subscribers of Spotify’s Premium tier ($10 a month).

A device like the Echo is a unique one in that it has no direct competitors, but still competes all the same. While few companies sell a speaker dedicated to providing users with a virtual assistant, all smartphone owners have digital helpers living in their pockets. The functionality provided by Apple’s Siri or Google Voice services outweigh what Amazon can bring with Echo and Alexa–the ability to send texts, set reminders and initiate calls are glaring omissions. But Amazon’s Echo isn’t without its own strengths.

Whereas a mobile phone needs to be near you when summoning Siri or Windows’ Cortana, the Amazon Echo contains seven microphones within. The tower is able to pinpoint users’ voices and listen out for the “Alexa” on-word. This means that the device is always listening, but a mute button exists for those who remain paranoid.

Amazon’s flagship virtual assistant product is the Echo, but the company has made plans to allow third-party developers to make use of Alexa. Products like Triby put the online seller’s asisstant to use while adding in a few capabilities–in Triby’s case, the ability to magnetically stick to a refrigerador and offer communication abilities with the company’s app. We’ll likely see more hardware makers incorporate Alexa now that Amazon makes it available to developers.

But if Bezos and his team continue to flesh out Echo’s functionality in ways like adding in support for popular applications like Spotify, it could lead to a greater voice experience for all.

Until then, you have Amazon’s Super Bowl ad to tide you over.