The Brontosaurus Is Real And Getting Its Name Back 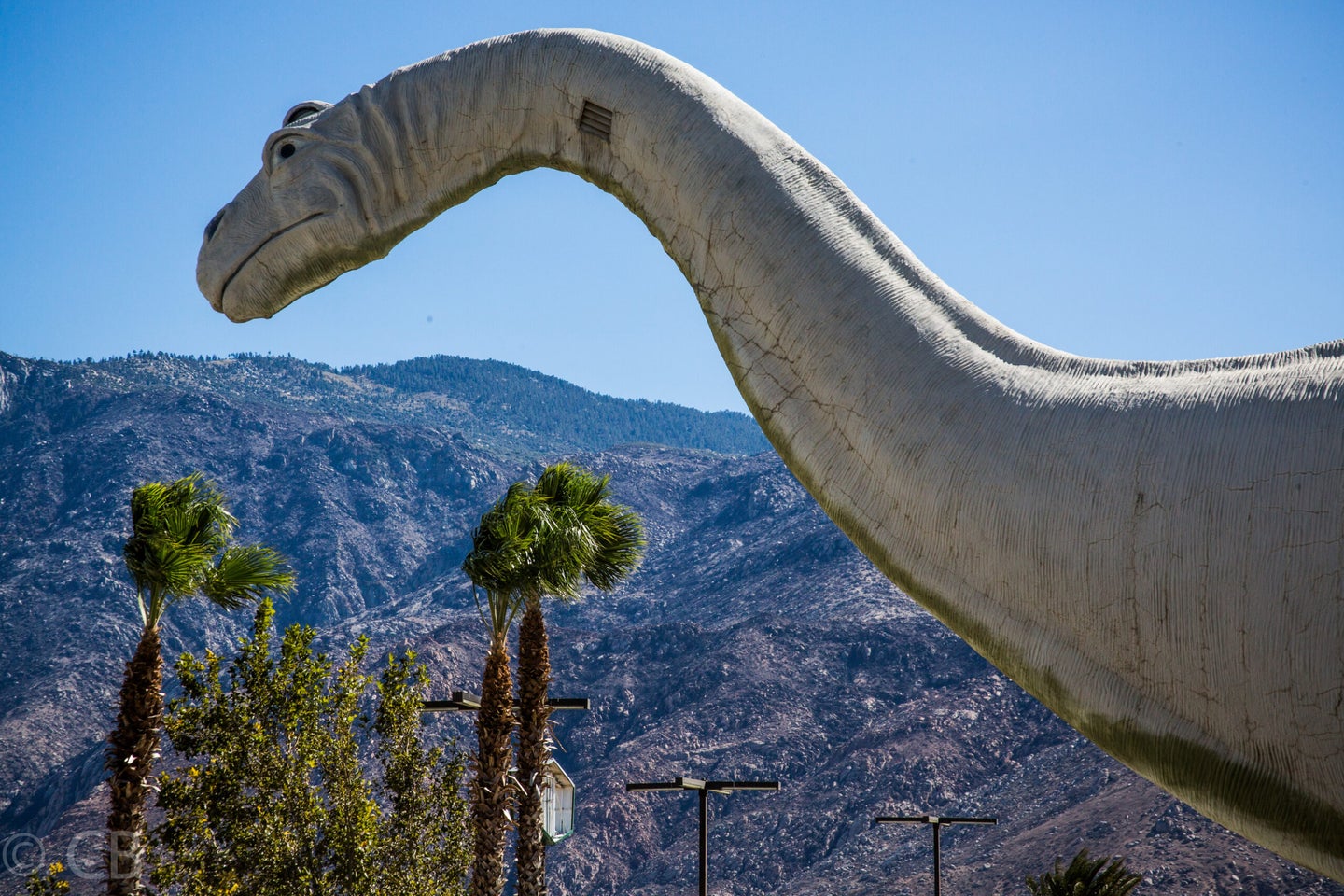 When it comes to dinosaurs, the Tyrannosaurus rex and velociraptor motorcycle gangs might get all the attention–with good reason. They look awesome:

But if you had to pick a dinosaur friend to hang out with, those guys might be a little too intense. So what dinosaur would be amazing to chill with? The Brontosaurus. Duh.

Before you get all kinds of picky and start going on about how the beautiful long-limbed beast is actually an Apatosaurus, you should know that science just brought the Brontosaurus back! Not in a freaky Jurassic Park way, but the good name of the Brontosaurus has been restored. Here’s how it happened.

In a new paper published in Peer J, scientists found that there is enough evidence that the Brontosaurus should get its genus back. Within the scientific literature, Brontosaurus has been an outdated name since the early 1900s, when the community decided that Apatosaurus and Brontosaurus fossils were so alike that they didn’t merit separate names.

The whole controversy dates back to the early days of paleontology, when there was a rush to identify and name as many dinosaurs as possible before your rivals did. One paleontologist, Othniel Marsh was so eager to name some of the newest discoveries that he named incomplete skeletons, deciding that one was an Apatosaurus, and one was a Brontosaurus. Once, he was in such a rush that he even placed the wrong skull on his Brontosaurus fossil, leading the whole thing to be discredited, and leaving us with the name Apatosaurus instead of Brontosaurus. (To be fair to Marsh, he wasn’t the only one who had trouble with heads; his rival, Edward Drinker Cope once put a skull on a dinosaur’s tail.)

But in the new paper researchers re-examined 81 fossils held in museums around the world, and concluded that there were enough differences between the bones in terms of shape and structure for them to reinstate the Brontosaurus name. 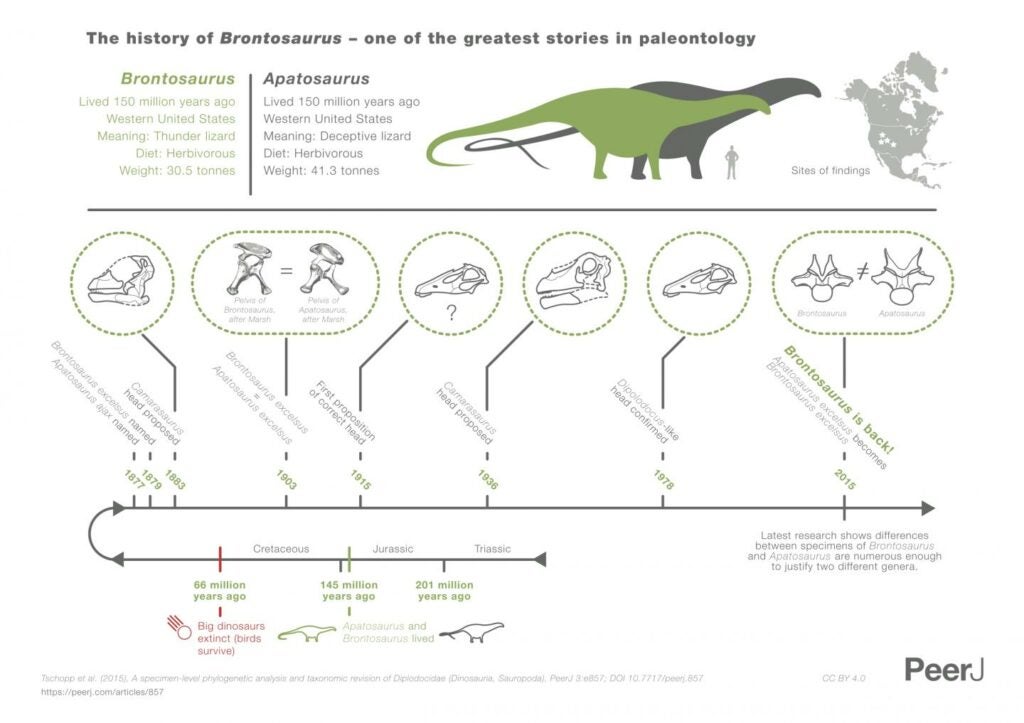 Whether or not the name sticks will probably be debated in the paleontology literature for quite some time. After all, it took nearly 100 years after the first Brontosaurus skeleton was named by Marsh in 1879 for scientists to decide that it was actually an Apatosaurus.

“It’s going to be a long time before we get there, probably, but this paper is a big start in terms of getting the debate going,” paleontologist John Whitlock told the Washington Post “At the end, though, we’re going to be in a much better place in terms of truly understanding the evolution of the lineages we study, and that’s exciting.”

Writing at Smithsonian Magazine Brian Switek, author of My Beloved Brontosaurus writes that all the arguments might not matter to people who have a soft spot in their heart for the long-necked dinosaur “Protocol will ultimately dictate the dinosaur’s title, but in spirit if not in science, those old bones will always be Brontosaurus.”