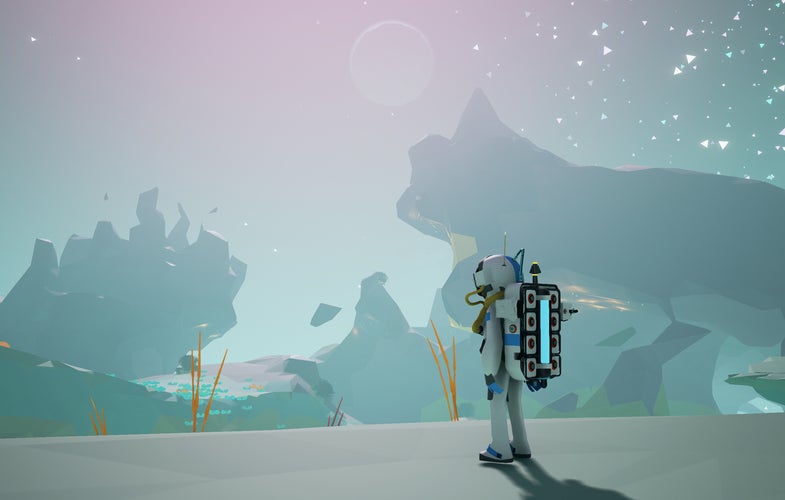 Promotional screenshot from the indie game that seeks to put players in the role of an astronaut exploring alien worlds. System Era Softworks
SHARE

Ever since it was first previewed last fall, we have been pretty excited to get our hands on Astroneer, a still-in-development indie game whose initial screenshots and premise make it seem like it will be a sort of interplanetary version of Minecraft. Unfortunately, it seems like we are going to have to wait a little bit longer than originally expected.

Astroneer’s creators, System Era Softworks, today posted an update on the game’s official website explaining that they are pushing the release of the “early access” edition of the game from its initially planned timeframe of “late March or early April” 2016 to “the end of summer, beginning of fall.”

However, there’s some good news along with the delay: System Era says it has received outside funding allowing “the entire team to come on to the project full time,” instead of working on it part-time and funding it entirely independently. The hope is that it will result in a higher quality early access edition and a better final game for all.

Delays in game development are pretty common, especially for indie titles, so the news is not exactly a huge shock. We just hope it’s not a sign of further delays to come. Either way, we’re onboard whenever it launches.