The best gifts for people who love to drive

Get outta my dreams, get into my car. 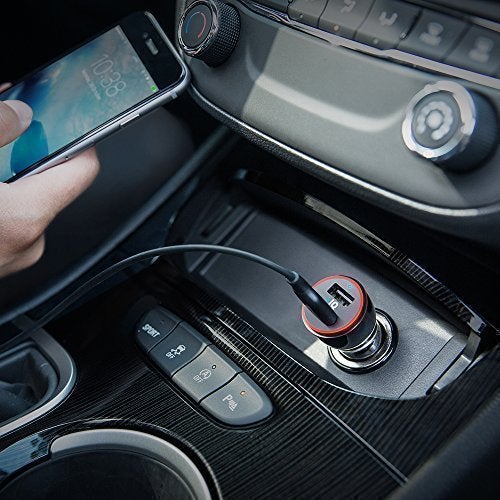 Drivers are a special breed—one that’s completely distinct from people who drive. No, drivers live for their cars, choosing the road over all other forms of travel whenever possible. The quickest route to their hearts this holiday season is a gift they can use in their rolling living room.

These things can be super dangerous, and you probably shouldn’t use them on public roads because turning a steering wheel that fast is actually a magical spell that conjures an insurance claim adjuster. Just sayin’. Also just sayin’: Maybe your giftee is a super awesome superdriver who can totally rock one of these things in a responsible manner. Either way, it’s a badass present. $13.55 on Amazon.

As if the windows weren’t enough, there are like eleventy-thousand screens in every car now, often ones that are meant to be poked at with your grubby little fry-slimed fingers. Aaaaaaaah! Fingerprints everywhere! Getemoff getemoff getemoff! These are the best microfiber cleaning cloths. Seriously, one swipe. Looks like a boring gift, has a stupid name, but you’ll be riding shotgun for life. $7.95 on Amazon.

Don’t you love it when you plug your phone into your friend’s car to charge and that U2 album you forgot you owned starts blaring? No, you don’t love it, and neither does anyone else. It’s great that every new car has a USB port and all, but they usually charge slowly and almost always result in an A/V faux pas. This is the car charger to get your drivin’ fool: it charges two devices simultaneously at 2.4 amps each, so you can both juice up on the quick. $8.99 on Amazon.

Charging cables just aren’t meant for the car. Those things stick out your phone’s bum like a salamander tail just waiting to be snapped off. And they don’t grow back. Get one that’s made to be jammed into in a cupholder while you totally don’t watch Gilmore Girls on your phone as traffic creeps along. $15.74 on Amazon.

If your friend’s license plate doesn’t rattle when they crank Terry Gross’ velvet tones, their stereo sucks. Save them. Get them a subwoofer. Now, not everyone is cool enough to sacrifice their trunks to the gods of bass, and while that is not OK, it is legal. This easy-to-install 300-watt powered job packs a 12-inch woofer, so it should be able to pop an eardrum. If it’s not enough, you can always get two. $177.91 on Amazon.

8-ball shifter? What is this, a Beach Boys song? If your serious driver is a serious driver, she drives a stick. And if she doesn’t have a Terminator-style glowing-eyes skull shifter, she should pull over right now and give her keys to the nearest hoodlum. Or you can save her, and park one of these sweet mini metal heads in her [leather] stocking. $20.19 on Amazon.

Serious drivers often have a leisure ride, one they only take out on sunny days, when the journey is the destination, man. Those people also often have dead batteries, because a long winter of auto-stasis is not the friend of a lead-acid cell. Battery Tenders add teensy drops of voltage as needed, to make sure a seldom-used car will always start. (And if it doesn’t start, it’s probably not the battery.) $49.99 on Amazon.

That new car smell won’t last forever, but that doesn’t mean you can’t help your travelin’ bestie hold on longer. These little bags are straight-up magic (well, science-magic, anyway). The charcoal inside soaks up the olfactory evidence of your bud’s latest road trip without leaving some oily truckstop-flower smell behind. Throw one under the seats, and set it out in the sun once a month to keep it rockin’ on. $9.95 on Amazon.

We’ve all been there: Driving along, favorite song, etc. You pull over for some fuel—both for you and the car—and the service station HAS NO MOUNTAIN DEW CODE RED! Gotta pack your own, and this cooler not only holds two cases of the stuff, but plugs into your car’s 12V power socket and works as a fridge. So that Code Red stays ice cold. Or you can flip a switch and keep stuff warm with it. Like 20 slices of pizza. Won’t fit in a stocking. $89.90 on Amazon.