To Get Rid Of Mitochondrial Diseases, Just Edit Them Out Of DNA 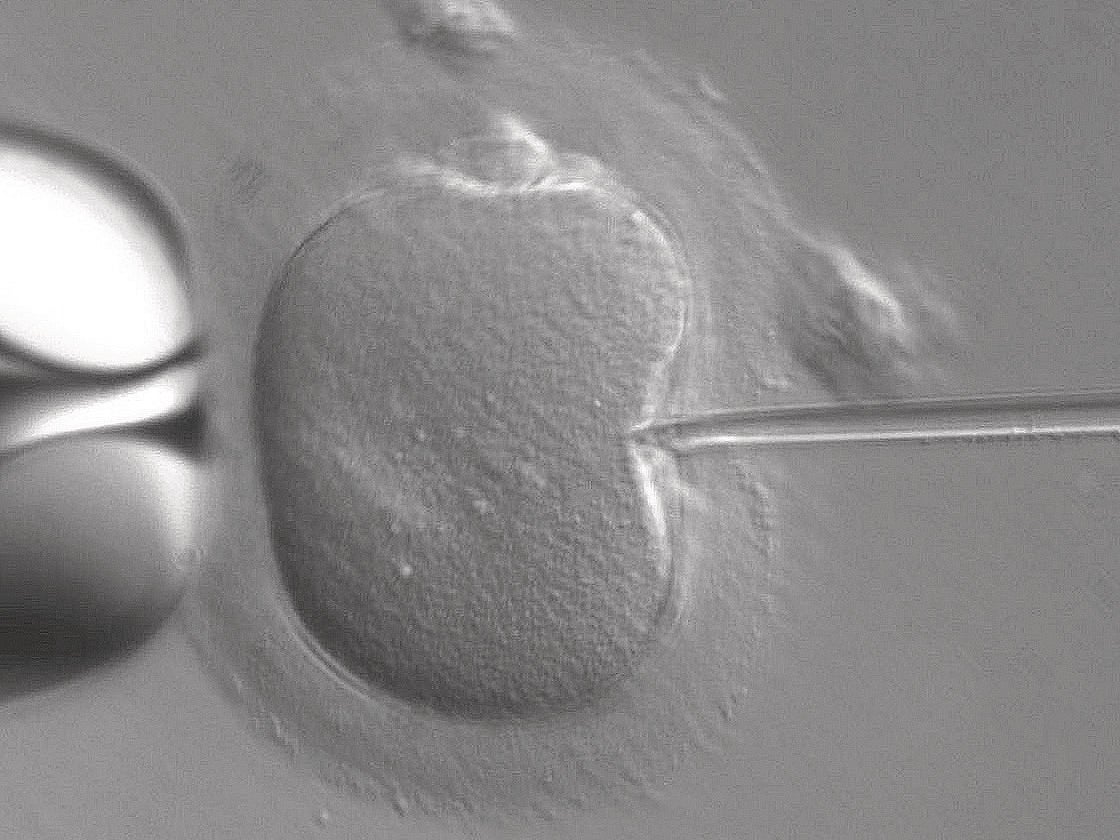 While mitochondrial DNA transfers, or “three-parent babies,” are now legal in the United Kingdom, the debate (largely an ethical one) is still ongoing in the United States. According to a study published today in Cell, researchers at the Salk Institute for Biological Studies in California have developed a new technique that could skirt some of the ethical issues involved with three-person IVF while still giving people the health benefits of mitochondrial DNA transfers.

Unlike nucleic DNA, mitochondrial DNA comes only from a baby’s mother and has no control over the baby’s physical characteristics. Mitochondria are the organelles inside cells that are often referred to as “powerhouses” of the cell. Mutations in their DNA can prevent cells from generating the right amount of energy, leading to diseases like muscular dystrophy and organ failure. There is no cure for mitochondrial disease, so DNA manipulation seems like a pretty promising solution.

With the three-parent baby technique, a mother and father’s nucleic DNA are combined to make an embryo, while the mother’s mitochondrial DNA is replaced with DNA from a separate donor egg. The new technique from the Salk Institute works differently, by simply editing the mutations out of the existing mitochondrial DNA–no donors required. The researchers used gene-cutting enzymes, called restriction endonucleases and TALENs, to target the particular mutations that cause disease and snip them out of the DNA, leaving the healthy DNA intact. After the DNA is manipulated, the embryo can be implanted in a mother through in vitro fertilization and brought to term.

To test this approach, the researchers used the enzymes on mitochondrial DNA in mouse embryos and found that much of the targeted DNA had been snipped out. After they were born, the mice had healthy mitochondrial function. Even more interestingly, that same edited DNA was successfully passed on for two successive generations.

Though this new technique avoids the ethical issues involved in using donor eggs, it doesn’t address others, such as concerns about designer babies. The researchers will soon start to test this technique on human embryos using leftover donor eggs in IVF clinics around the country. If those experiments go well, they hope to start on clinical trials.