Another reason vaccines are so important 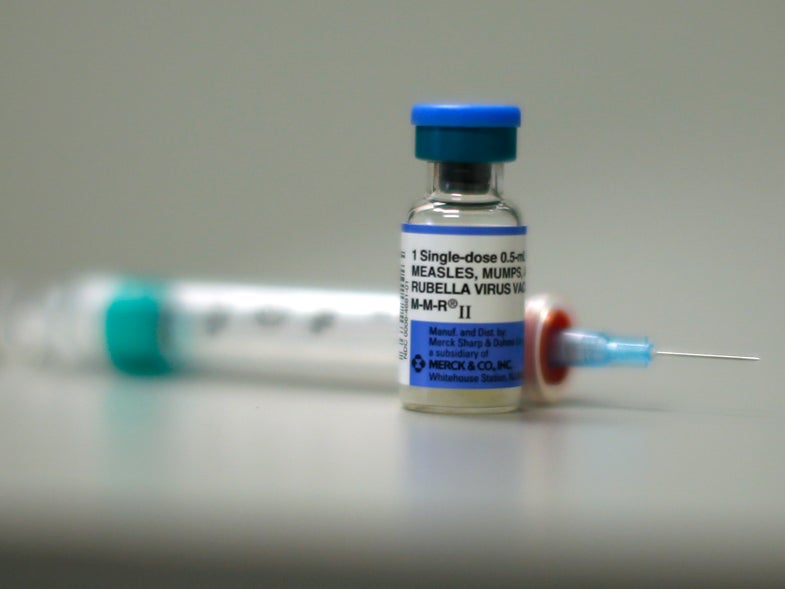 The measles vaccine is generally considered to be one of public health’s great success stories; just over a century ago, in 1920, more than 7,500 Americans died from measles, but within the past 10 years, not one person has died from the disease. According to a study published today in Science, the measles vaccine has done more than protect against measles–it has made patients more resistant to a number of opportunistic diseases, such as tuberculosis, pneumonia, and sepsis.

The idea that measles vaccines boost the overall immune system isn’t completely new. The World Health Organization issued a report with that observation last year, but no one was really sure about why that happens. It comes down to the nature of the measles virus. Not only is it extremely contagious and deadly, it creates a kind of immune forgetfulness. In a few studies in monkeys, the measles virus suppressed the monkeys’ lymphocytes, white blood cells that determine how the immune system should respond to contaminants, and replaced them with measles lymphocytes. As a result, the immune system wouldn’t attack the measles virus or anything that looks like it, leaving the body open to other devastating infections.

The researchers hypothesized that people who got the measles vaccine would be less susceptible to other infectious diseases, so they checked the data. They compared mortality rates for deaths by pathogens other than measles before and after mass measles vaccinations in England, Wales, the United States, and Denmark. The researchers predicted that the benefits to the immune system would last for only a few months after the measles vaccination, but in fact the benefits lasted two to three years, saving thousands of lives.

The researchers hope that their work highlights the importance of vaccinations for individual and public health.

Deaths From Measles And Other Pathogens, Before And After The Measles Vaccine Introduction