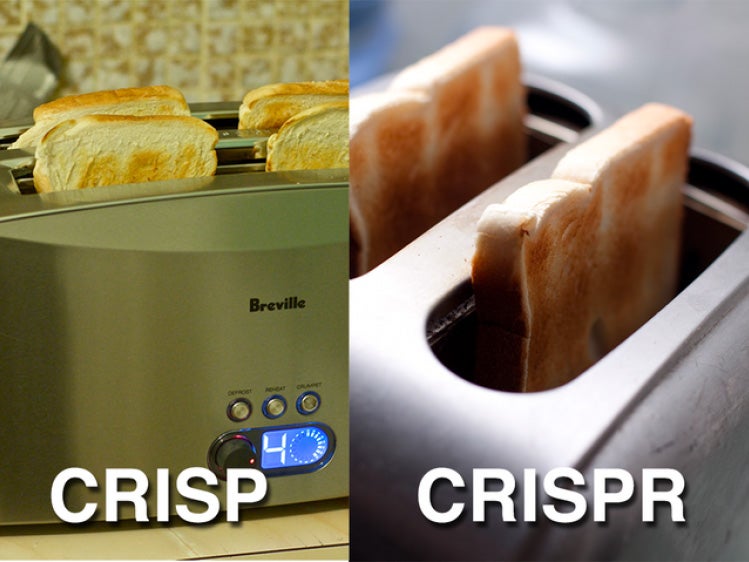 The gene editing technique CRISPR was launched from relative public obscurity to the mainstream today when #CRISPRfacts began trending on Twitter, quieting some of the hype surrounding a Wired story.

CRISPR does hold a lot of promise. Unlike previous gene editing techniques, the CRISPR-Cas9 system is so specific that it can quickly and cheaply change individual base pairs of DNA. It might one day remove antibiotic resistance genes from bacteria or help to clone woolly mammoths in elephant cells, but it likely won’t be accomplishing anything quite so revolutionary anytime soon.

The Twitterstorm started when Daniel MacArthur, a geneticist at Harvard Medical School and the Broad Institute, tweeted that Wired‘s August cover story may have gone too far. The story suggested CRISPR would change the world, from making designer babies to species-specific bio-weapons. Chris Dwan, also from the Broad Institute, replied to MacArthur with a joke using the hashtag, and Twitter took it from there.

You may recognize CRISPR from when it set off a bioethical firestorm this spring after Chinese scientists published results claiming that they had edited the genome of human embryos. Though their experiments were not entirely successful, scientists called for a ban on using the technique on humans.

There’s still a lot of CRISPR kinks to be worked out, and the hashtag actually helped to turn down the hype surrounding the technique a little.

Here’s a collection of some of our favorites: