Paving the way for personalized medicine 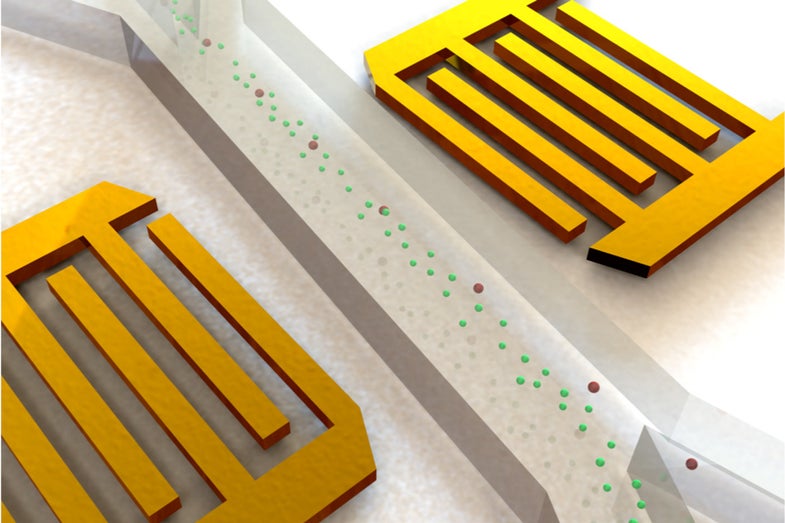 Finding cancer cells in the blood can be nearly impossible. Just 1 milliliter of blood contains about 5 billion red blood cells, and only about one to 10 cancer cells. But detecting these circulating tumor cells (CTCs) is critical, so that doctors can determine whether someone has cancer, what stage it’s at, and if a treatment is working effectively.

In the future, doctors hope that by sequencing the genomes of these CTCs, they’ll be able to prescribe treatments that are individually tailored to target each patient’s cancer. Now, a new device that uses sound waves to separate CTCs from the rest of the blood could help. The researchers working on this technology published their findings this week in the journal PNAS.

Oncologists currently have other ways to separate CTCs from a blood sample. But these methods use antibodies that bind directly to the cancer cells, which means the researchers need to know what the cancer is before they can detect the cells. These methods also modify the CTC’s genes, making it more difficult for doctors to target the cancer with precise treatments. The researchers hope that this new device can improve on existing tests by using non-destructive ultrasound waves to separate the cancerous cells from the healthy ones.

The device consists of two acoustic transducers on either side of a very small channel. The wave-producing transducers are angled in a way that they create a “standing wave,” which has sections of high and low pressure. When the researchers place a blood sample in the channel, the standing wave pushes cells to either side of the channel. The peaks and troughs of pressure end up separating the cancerous cells from the regular, healthy cells, due to the CTCs’ varying shape and compressibility. The researchers ran the experiment on a sample with two types of CTCs of similar size and found that the device successfully separated out 83 percent of the cancerous cells.

The current version of the device works 20 times faster than its last iteration, which means that the few hours it takes to process one sample is almost fast enough to be used in a clinical setting. The researchers hope future versions will test samples even more quickly, eventually bringing the device to market to aid in the growing field of personalized medicine. 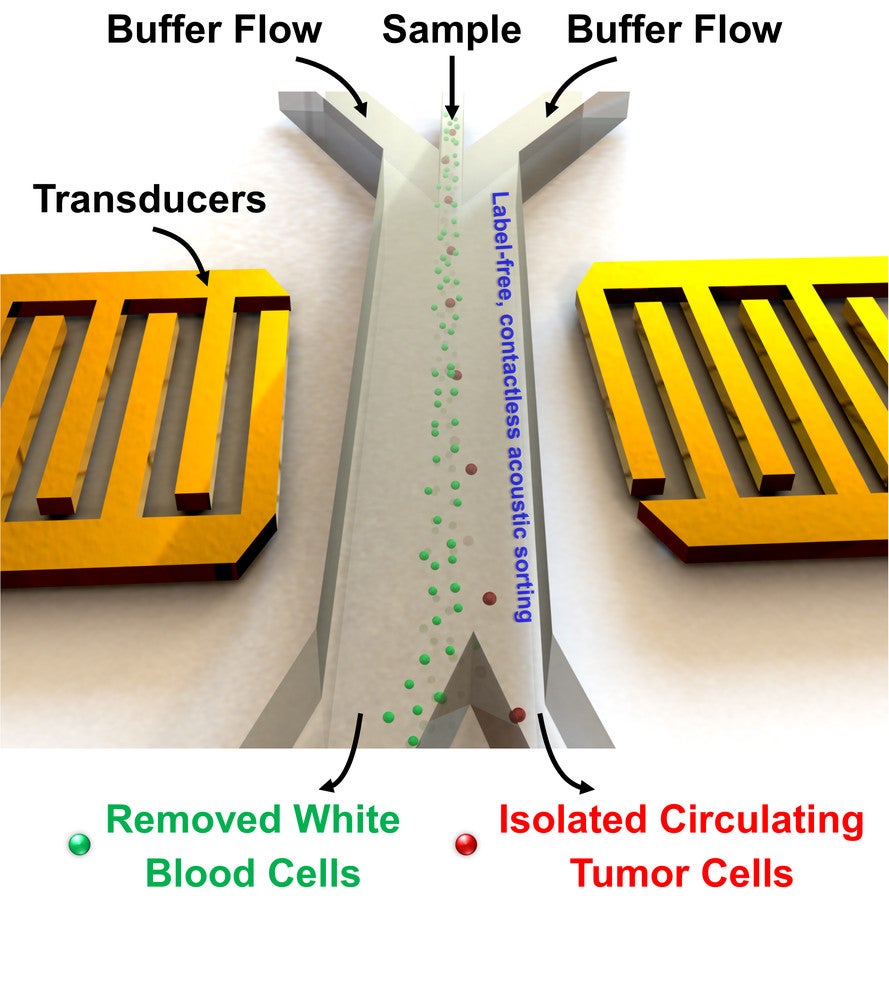 A more detailed schematic of the device.