How Having Three Parents Leads To Disease-Free Kids

A newly approved procedure lets scientists gather DNA from three people, then use it for in vitro fertilization. 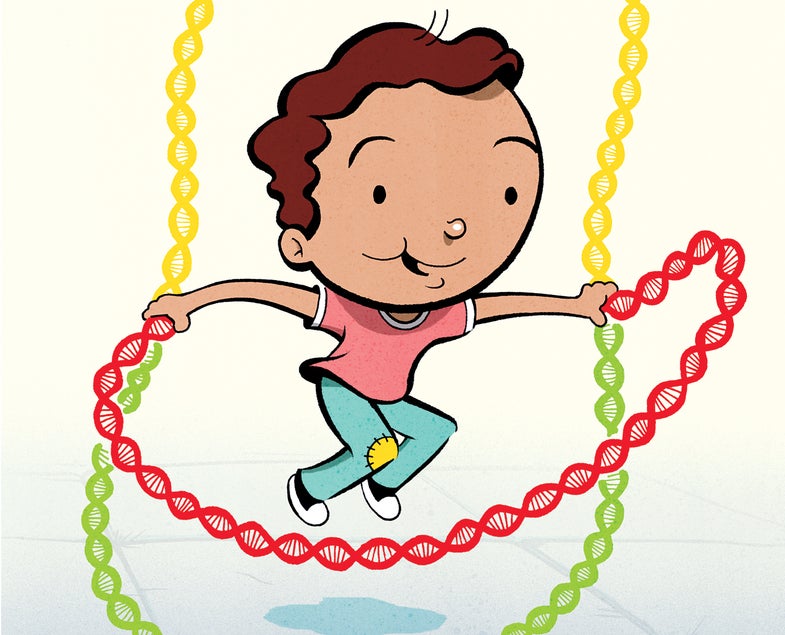 This summer, government health officials in the United Kingdom made headlines by announcing that they will let scientists create babies with DNA from three different people. The procedure is a type of in vitro fertilization (IVF) that would allow women with mitochondrial diseases to have healthy babies. If approved by British Parliament, the method, known as mitochondrial replacement, would lead to a historic event: the first genetically modified humans who could pass down those genetic tweaks to their children.

Some bioethicists and media commentators have voiced concerns about the technique’s safety because so far it’s only been tested on human cells in the laboratory. More broadly, they fear it’s a step toward designer babies and eugenics.

It’s worth noting that IVF itself, which merges sperm and egg cells in a lab, also set off debate when it debuted 35 years ago. The procedure carries some small medical risks, such as a slightly increased chance of premature and low-weight babies, and creates many embryos that never get used. But let’s not forget its enormous upside: It has allowed millions of couples to have children who couldn’t otherwise. Mitochondrial replacement isn’t any scarier—or any less impressive. Mitochondrial disease affects only about 1 in 5,000 people. The method will be performed at a few select clinics in the U.K. and will be carefully monitored. If it proves to be safe, then thousands of women will have the option to bear healthy biological children without giving them their disease. And if it’s not safe, it will most likely be banned.

The method would lead to the first genetically modified humans who could pass down those tweaks to their children.The most counterintuitive thing about mitochondrial replacement is that the babies it produces won’t look any different from babies with only two genetic parents. Here’s why. The genome that you might already be familiar with is the one in the nucleus of each cell that gets half of its DNA from mom and half from dad. However, everyone also has another genome, the mitochondrial genome, and that’s what the new reproductive technique involves. Mitochondria are tiny power plants inside each cell that help turn the food you eat into a usable source of energy. Each has its own DNA, with about 37 genes that help the mitochondrion function properly. Unlike nuclear genes, mitochondrial ones don’t affect a person’s appearance or personality traits or most of what we associate with heredity. They are also inherited entirely from mom.

If someone’s mitochondrial DNA has a lot of mutations, that person could end up with a host of problems, including muscular dystrophy, heart disease, and seizures. The mutations can even be fatal. So the new IVF method simply replaces mom’s unhealthy mitochondria with healthy ones. Scientists take an egg from a female donor and remove the nuclear DNA, leaving behind her mitochondria. They then add nuclear DNA from the parents: the mother (who has mitochondrial disease) and the father.

Yes, the resulting baby will be the product of three individuals’ genes, but, more important, it won’t have a devastating disease. Although all reproductive technologies have the potential to create biological problems, they’re far more likely to prevent them. Let’s not let our fears get in the way of medical progress.