The U.S. Is Still Far From Legalizing Three-Parent Babies

We have the technology, but we lag behind the Brits. What do they know that we don’t? 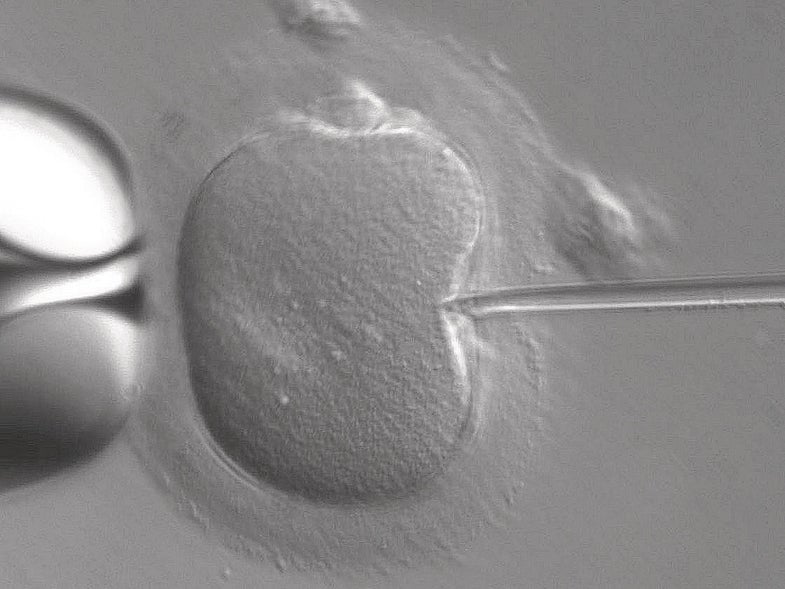 This past February, the United Kingdom became the first country to legalize mitochondrial replacement therapy (MRT), also known as mitochondrial DNA replacement, which can be used to make “three-parent babies.” Proponents of MRT point out that the therapy can mean that mothers with mitochondrial diseases, such as muscular dystrophy and various types of organ failure, won’t pass those diseases along to their children. Others argue that MRT creates a slippery slope towards the fraught “designer babies,” or are concerned that destroying embryos is unethical.

But the U.S. is nowhere close to legalizing MRT. In a country as enterprising as ours, why are others beating us to the regulatory punch? In an article published today in Science, bioethicists weigh in on why the U.S. is still lagging behind the Brits.

As MRT becomes increasingly likely in the U.S., the authors note that maybe it’s time to reopen the debate about government regulation for reproductive technologies, though they admit that public opinion (even within the scientific community) varies widely. Maybe we’ll end up back where we started, with a finite amount of government control over scientific research, and it’s almost guaranteed that that debate will boil down to the pro-life/pro-choice debate. Still, the authors write, technological advances warrant at least a conversation.