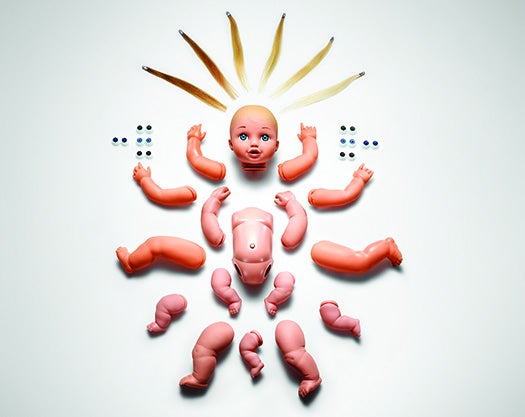 Thanks to new genetic engineering techniques, we can edit DNA with more precision than ever before. This technology has the potential to change whether a baby lives or dies, but it also carries with it a lot of unanswered scientific and ethical questions, such as the possibility of one day creating “designer babies“.

In spite of all the scientific and ethical dilemmas that could result from editing the DNA that gets passed down from generation to generation–and despite calls for a moratorium on such research–Chinese scientists recently went ahead and did it anyway. They attempted to delete a gene for a blood disorder called beta thalassemia from the DNA of 86 nonviable embryos. The experiment was successful in 7 embryos.

In response, Francis Collins, the director of the National Institutes of Health (and leader of the U.S. effort to sequence the human genome), is making it known that the NIH will not fund such research. Editing human embryos “is a line that should not be crossed”, says the statement, noting there are “serious and unquantifiable safety issues, ethical issues presented by altering the germline in a way that affects the next generation without their consent, and a current lack of compelling medical applications justifying the use of /[genetic engineering] in embryos.”

The NIH’s stance is not particularly surprising, since federal government has been pretty conservative on embryonic research in general. And it aligns with the views of the journals Science and Nature, which refused to publish the Chinese study because of the ethical problems. In contrast, over at the Guardian, bioethicist Christopher Gyngell suggests that it could be unethical to prevent such research.

Of course, gene editing techniques are nowhere near ready to eradicate human diseases. The modifications are difficult to target, and the editing process can cause damage to the entire genome. The NIH’s stance means those safety problems won’t be solved on the U.S.’s dime.