‘Army Of Half-Cloned Mice’ Created In China From Artificial Sperm

Making it easier to understand the genetic drivers of disease 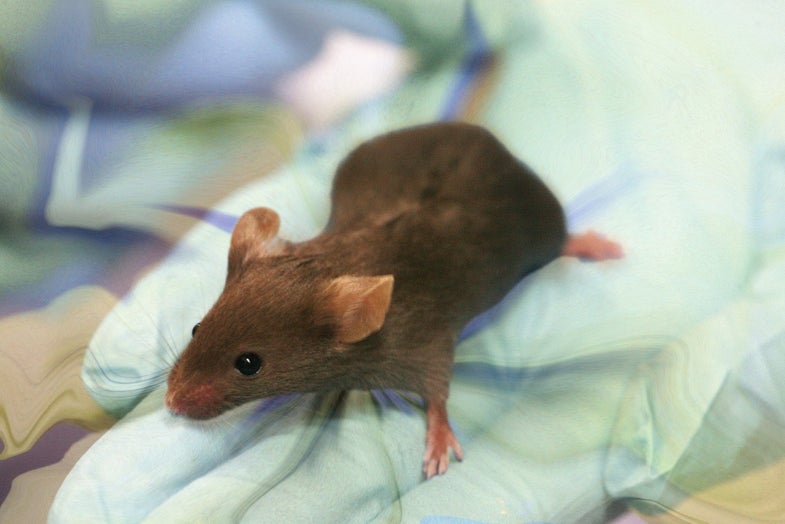 Researchers at the Shanghai Institute for Biological Sciences have successfully created artificial mouse sperm that are easily replicable and, when implanted in an egg, more reliably grow into healthy mice. The resulting 125 pups, 39 of which weren’t born healthy, could make up a small army of mice to be used for research into genetic diseases.

In 2012, the same researchers created artificial sperm for the first time, which they were able to implant in a natural egg. It only sort-of worked—just two percent of the embryos developed into healthy mice.

In this most recent study, published last week in Cell Stem Cell the researchers wanted to improve their method. By tweaking two of the genes in the sperm, they were able to raise the success rate to 20 percent. The researchers also found that, using the gene snipping and splicing enzyme CRISPR/Cas9, they could manipulate several other genes, which could help researchers better understand how those genes affect a mouse’s development.

Researchers make artificial sperm by knocking out the nucleus of an egg and replacing it with one set of DNA from the father of the offspring-to-be. The resulting gamete is a haploid, meaning that it only has one set of DNA, but it can still implant itself in a natural egg and work as natural sperm does.

Artificial sperm don’t have tails, so they would still lose to natural sperm in a swimming contest. But for research purposes they do have some advantages. Since they can control half of the genes in the embryo, the researchers can better understand the functions of particular genes, so that they can develop new treatments for genetic conditions or cancer.

But some elements of the research are cause for concern, or at least show the technique’s limitations. The researchers aren’t sure of the function of the genes they knocked out using CRISPR/Cas9 or how it will affect the mice’s development. And though the researchers hope to use their artificial sperm and genetic editing techniques to better understand human disease, using mass-produced artificial sperm in humans would create an “ethical crisis.”

Overall, however, the researchers are confident that their work will help researchers working to understand the genetic drivers of disease. Jinsong Li, one of the study authors, told the South China Morning Post: “Our man-made sperm cells can be used to generate an army of half-cloned mice with ease and efficiency. These half-cloned mice will fight on the front line in battles against cancer and other genetic health issues.”