Three motorcyclists competing in the final race of the international MotoGP circuit this month will have extra injury insurance, in... 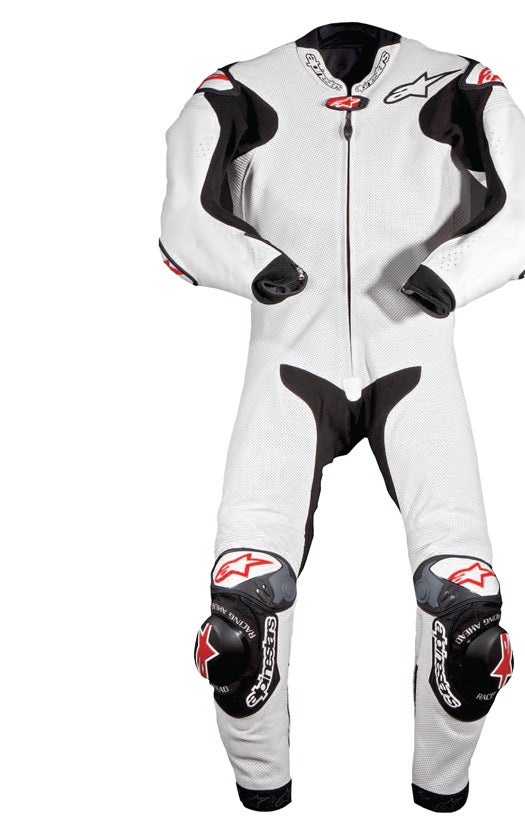 Three motorcyclists competing in the final race of the international MotoGP circuit this month will have extra injury insurance, in the form of wearable airbags. Alpinestars’s Tech Air Race suit uses an onboard computer to sense the subtle differences between regular track turbulence and the motion associated with an impending crash, and it fires fall-cushioning airbags on the shoulders and collarbone (an oft-injured area for racers) before the biker hits the ground. These bags are nearly 10 times as effective at preventing injury as other armor. With foam pads, the impact at 200 mph is still more than 4,000 pounds of force; when this suit’s bags are inflated, that number is cut to 450 pounds—the difference between a collarbone fracture and a bruise.

Alpinestars anticipates that its consumer-grade suit—with two 2-quart bags, like those currently on pro tracks—will go on sale next year, with airbag-equipped jackets for everyday riders rolling out around 2013.

How To Cushion A Fall

A 1.1 pound computer set between the rider’s shoulder blades collects G-force, vibration and tilt data from seven sensors throughout the suit every two milliseconds. If four consecutive readings indicate that the rider is losing control – tilting too far into a turn, for instance – the computer triggers a nitrogen canister, which inflates the airbags in 0.05 seconds. The bags stay rigid for about five seconds before deflating, flattening back into the lining in 20 seconds. A second charge is then ready to deploy the system again should a persistent rider hop back on.