Facebook Will Use These Lasers To Beam Internet From The Sky 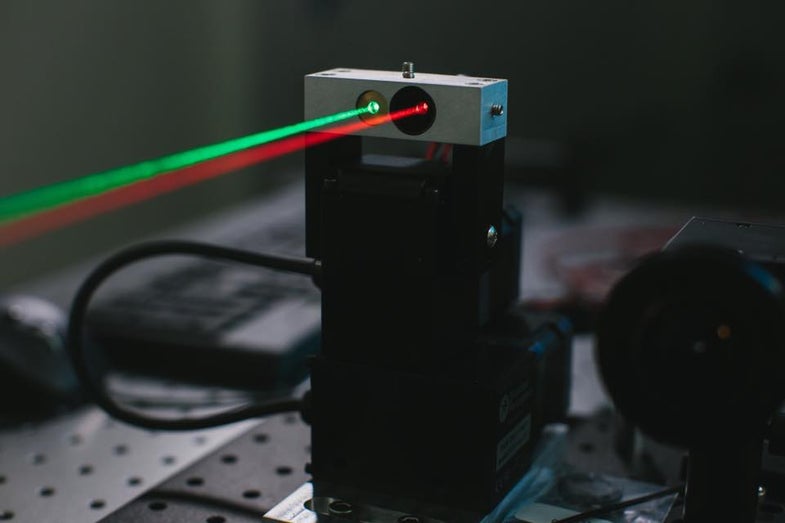 On Tuesday, Facebook CEO Mark Zuckerberg said he envisions a world where we can digitally send our emotions to others. But that technology is still a few years out, so it looks like now Zuck will have to settle for drones that shoot internet through lasers from the sky.

Zuckerberg gave us a sneak peak at some of the lasers the Facebook Connectivity Team are building in their project to project to expand internet connectivity around the world.

Facebook’s Connectivity Lab is working on a “laser communication system” that will be able to send data to entire communities. In March, Zuckerberg confirmed that they had completed their first test flight of their drone, which will reportedly have a larger wingspan than a Boeing 737 (102 or 138 feet, depending on the model), and weigh less than a car. No photos or video were released of that drone, but this newest update is the first real look at some of the technology involved in the project. The lasers, Zuckerberg noted, will not be visible when in use.

Lasers as a form of communication, which falls under the umbrella of free-space optical communication, is still a relatively new field. NASA reported using a laser to beam data to the moon at 622 megabits per second in 2013, and it’s seen some interest from defense contractors as well.

Zuckerberg and his team aren’t the only ones who want to broaden internet access from the sky— Google’s Project Loon looks to use high-altitude balloons that emit internet signals, and even Tony Stark wannabe Elon Musk wants to send internet-beaming satellites to orbit Earth. And not be outdone, Virgin Galactic, led by Sir Richard Branson, announced a large step to sending its own internet satellites to space, in a partnership with satellite company OneWeb.

Facebook hasn’t given a timeline to when the project will be widely available, but Zuckerberg claims that when they are put into action, they’ll be able to serve 10 percent of the world’s population that is now without internet infrastructure. Keep dreaming big, Zuck.