There’s a better way to use a standing desk

Is standing actually better than sitting? 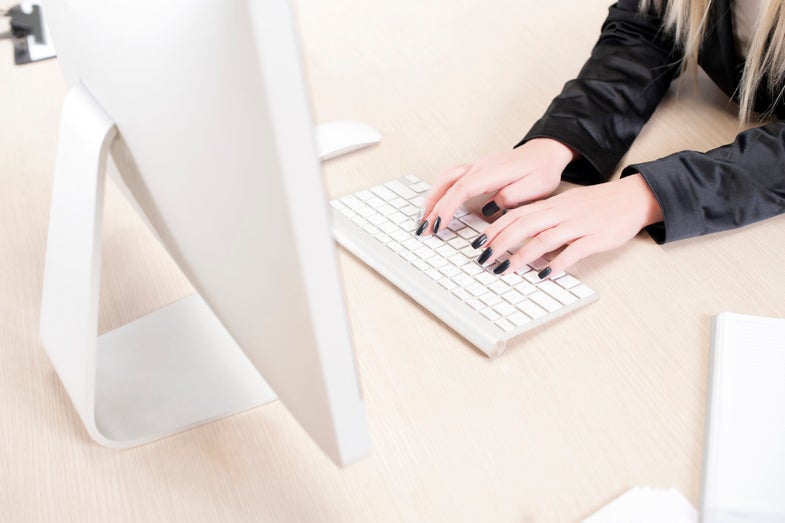 A standing desk may not be any better for your health than a sitting one. Deposit Photos
SHARE

There’s always that one person in the office—you know the one. The one with the standing desk. Whenever you happen to pass their cube you think, wow, there’s a person being proactive about their health. There’s someone fighting the good fight against modern society’s unavoidably sedentary lifestyle. Good on them, bad on me.

But is that really true? A growing body of evidence suggests that yes, sitting for long periods of time can have a detrimental effect on your health. But unfortunately, standing for large spans of the day isn’t that great either. And a recent study adds to this pile. This month in the journal Ergonomics, researchers report that when they had 20 participants stand for two hours at a time, subjects showed an apparent increase in lower limb swelling and decreased mental state.

Twenty participants is a pretty small study. When conducting research, having a large number of people to analyze is always better. With so many variables at play, a bigger group helps eliminate anything that might be influencing the results. For example, those who might have a genetic predisposition for leg pain or chronic back pain might be particularly susceptible to the effects of sitting and standing. When you only have a small number of people in the study, having a disproportionate number of people with those predispositions could really sway the results. The bigger and more randomly selected your group is, the more likely you are to get something close to a representative sample of the whole population. So, generally speaking, we wouldn’t recommend taking the findings of any study with just 20 participants as gospel.

But this isn’t the only evidence that standing for long periods of time can do more harm than good. The idea of a standing desk for the workplace came to be for a good reason: Evidence suggests that “occupational sitting,” or the average amount of time desk workers spend glued to their chairs, is associated with a higher risk of type 2 diabetes and an increased overall mortality (which means folks who sit for more of the day seem to be more likely to die during the course of a scientific study than subjects who get more movement). Plus, some research suggests that even regular exercise—as much as 60 minutes per day—is not enough to offset the effects of sedentary workdays.

A standing desk, seems like a great way to combat this problem, since it’s unlikely that computer use will decrease anytime soon. But turns out that when you do the opposite of sitting—standing for incredibly long periods of the day—well, that’s bad for you, too. A highly-cited study out last year in the Journal of Epidemiology on 7,000 office workers found that, “Occupations involving predominantly standing were associated with an approximately 2-fold risk of heart disease compared with occupations involving predominantly sitting.”

Alan Taylor, a physiology expert at Nottingham University, told the Chicago Tribune that the expansion and popularity of standing desks has been largely driven not by scientific evidence, but rather by popularity and profit.

The point is that, just like with dieting, completely replacing one activity with another (or one food group with another) doesn’t often bode well for good health. Perhaps the old adage of everything in moderation applies here, too. But before we can actively advocate for moderation, we must better understand the physiological effects of that sitting/standing/walking combo. In that same large study done last year, researchers also concluded that the risk of cardiovascular disease with occupations combining sitting, standing, and walking differed between men and women. For men, this combo lowered cardiovascular risk. But for women, it elevated it.

Even so, Taylor told the Tribune, it’s probably best if workers rely on occasional walks rather than standing desks. That doesn’t mean such contraptions can’t be put to good use. Instead of exclusively standing or exclusively sitting, try a little bit of both throughout out the day, alternating and never doing one for more than two hours. You can easily achieve this with an adjustable-height desk, or you can seek out a chair or stool high enough to accommodate an existing workstation. While using a standing desk, make sure the surface and your screen are properly adjusted for your height. The top of the monitor should be at eye level, and the desk and your elbow should make a right angle when you are standing up straight. And of course, make sure you’re wearing comfortable shoes to combat possible swelling and discomfort. High heels do not pair well with a high desk.

In the midst of all this sitting and standing, don’t forget to get up and walk around regardless of your cubicle set-up. Of course, there’s already got a money-making gadget for that solution: A treadmill desk. For around $4,000 a piece. But as Amy Harmon at The New York Times might tell you, sometimes you just need to sit and focus.

And that’s okay. Sitting down is okay. The important thing is that you remember to get up and take a walk once you’ve completed your task.