Sleeping in on the weekend might be good for you, but it’s not going to fix all your problems

Scientists still aren't sure exactly how to deal with our chronic sleep deficit. 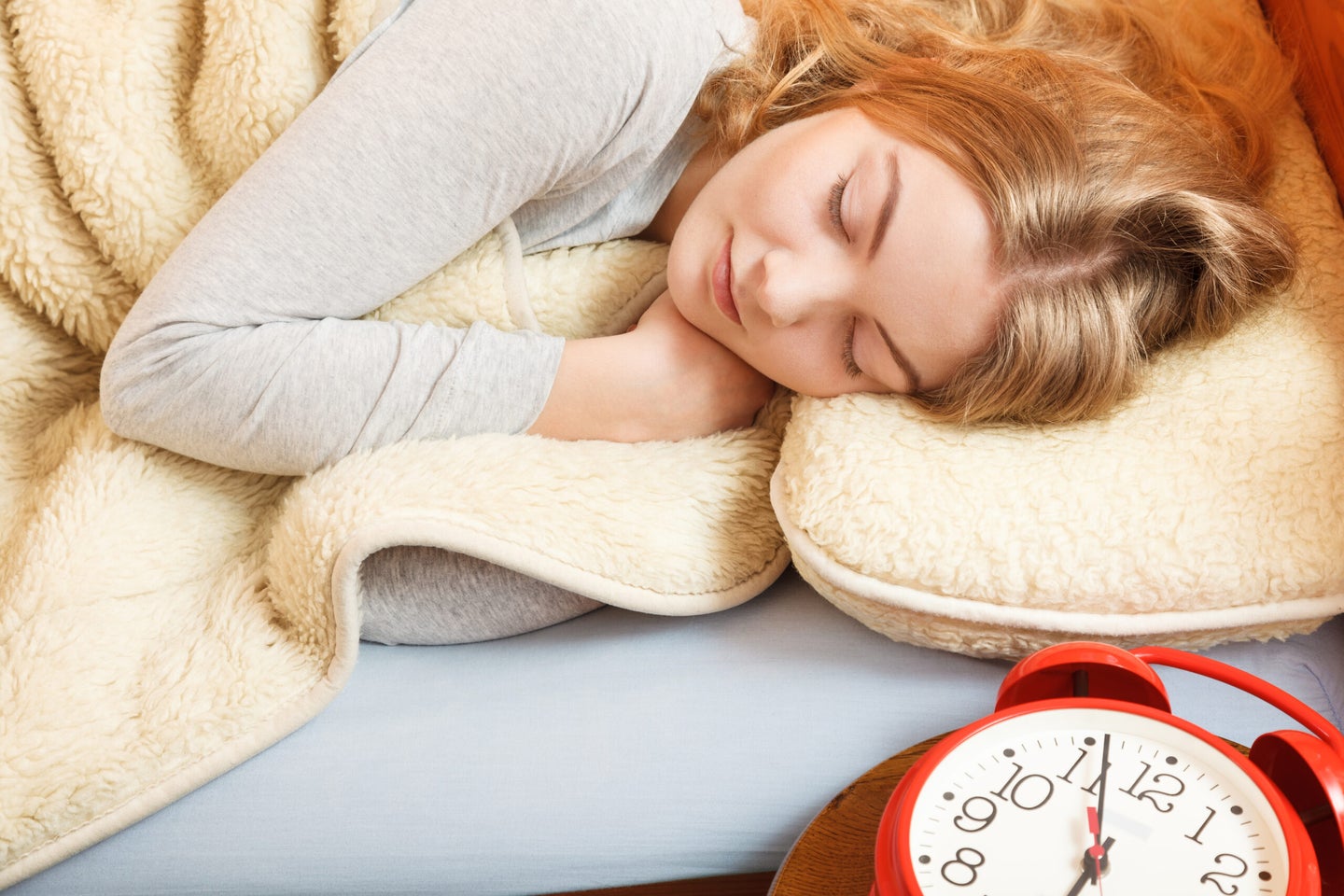 How many z's should you try to catch?. DepositPhotos
SHARE

There’s nothing quite like crawling under the covers on Friday night with the intention of snoozing well into Saturday. But sleep can be stressful, too: the questions of when and how long to sleep have been the sources of much debate in the scientific community.

A new study of Swedish sleepers, published today in the Journal of Sleep Research, found that for those under 65, time spent sleeping on the weekends has potential impact on the likelihood of dying young. But don’t start partying ’til 2 a.m. on weeknights just yet—this single study only points to two specific conclusions.

In the study, researchers looked at a group of more than 40,000 Swedes who all filled out the same 36-page survey, which covered a number of medical matters, in 1997. They followed the people for the next 13 years.

Among those people, they found a few interesting patterns—patterns which didn’t hold true for subjects over the age of 65, and which appeared to become less true with age in general. “Short, but not long, weekend sleep was associated with an increased mortality in subjects [less than] 65 years [old],” the study reports. Among the same sleepers, however, sleeping too much or too little was associated with increased mortality—which points to the idea that sleeping in on the weekend might actually make up for not sleeping enough during the week, and help make sure you get enough sleep to stay healthy overall.

This finding helps to explain the U-shaped mortality graph associated with many sleep studies, in which the risk of death during the course of the study is high when correlated with not enough sleep (5 hours or less) or too much sleep (nine hours or more.) In a previous study, this new paper’s lead author Torbjörn Åkerstedt and others established that the U-shaped graph only makes sense for sleepers under 65 years of age. The latest research helps to explain how weekends, when most people sleep in, figure into the equation.

“Previous work hasn’t considered weekend sleep,” Åkerstedt told Popular Science. This study tried to remedy this, and its findings demonstrate that weekend sleep may play an important role in ensuring people get enough sleep overall, particularly when they are younger. “With increased age the effect goes away,” he says. Older people’s sleep seems to even out and not to harm them in the way younger people’s sleep patterns can, he says.

However, it’s important to keep in mind, as he says, that “this is not an experimental study.” With self-reported sleep figures and an uncontrolled environment, there’s “always a bit of doubt,” in studies at this scale, he says. After all, it would be unethical and, from a pragmatic standard, almost impossible to get more than 43,000 people to live and work in a controlled laboratory environment for 13 years. But without that controlled environment, scientists can’t be sure that subjects are being completely honest and accurate about their health habits. That means it’s impossible to say that weekend sleep is the cause of the U-shaped graph—but it certainly seems to play a part.

The research is interesting, says sleep scholar Jennifer Roxanne Prichard, a neuroscientist from the University of St. Thomas who was not involved in the study. “It’s a helpful piece of information,” she says, but the study only looked at mortality. It didn’t look at other factors like quality of life.

Lack of sleep is associated with increased body mass index, cardiovascular disease, psychiatric distress, and a number of other unsavory things. Without further data, it’s impossible to know how the Swedish people lived for the duration of the study, she says, and what impact their sleeping patterns had on quality of life. There is one study, about Korean adolescents, that associates weekend catch-up sleep with a higher risk of suicidal ideation and self-harm. Also, lack of sleep can change gene expression, or how the instructions in genes are read in your body. That’s something that you can’t “catch up” on over the weekend, she says. And some research suggests that the cognitive declines caused by a lack of sleep won’t go away just because you catch a little more shut-eye for a couple days at a time.

Åkerstedt says that his team chose to focus on mortality only because they were specifically trying to figure out the U-shaped graph by considering weekend sleep, and mortality is a definitive indicator; diseases are more complex to research, and there’s more room for interpretation and misinterpretation. His team is continuing to figure out the complicated relationship sleep has with our lives and our deaths: their next study will look at the relationship between sleep and stress.

Prichard has another big question: she is uncertain if the results of this study would hold true elsewhere in the world. “It’s a population of Swedish people that have different causes of mortality than in the United States,” she says. In both Sweden and the United States, heart disease is the main killer nationwide, followed by Alzheimer’s. But the causes of death adjusted for age reveal road accidents to be a bigger problem in America and self harm a greater concern in Sweden, for example. So even if weekend sleep makes early death less likely in Sweden, the same practice might not have much impact on the biggest middle-age killers in America.

So, can you get away with catching up on the weekend? It all comes down to how you feel. “As long as you’re functioning well during the daytime, you’re probably getting enough sleep,” Åkerstedt says. The important thing is to pay attention to your body’s own needs and the signals (like sleepiness) that it sends you.