Your genes are only part of you. 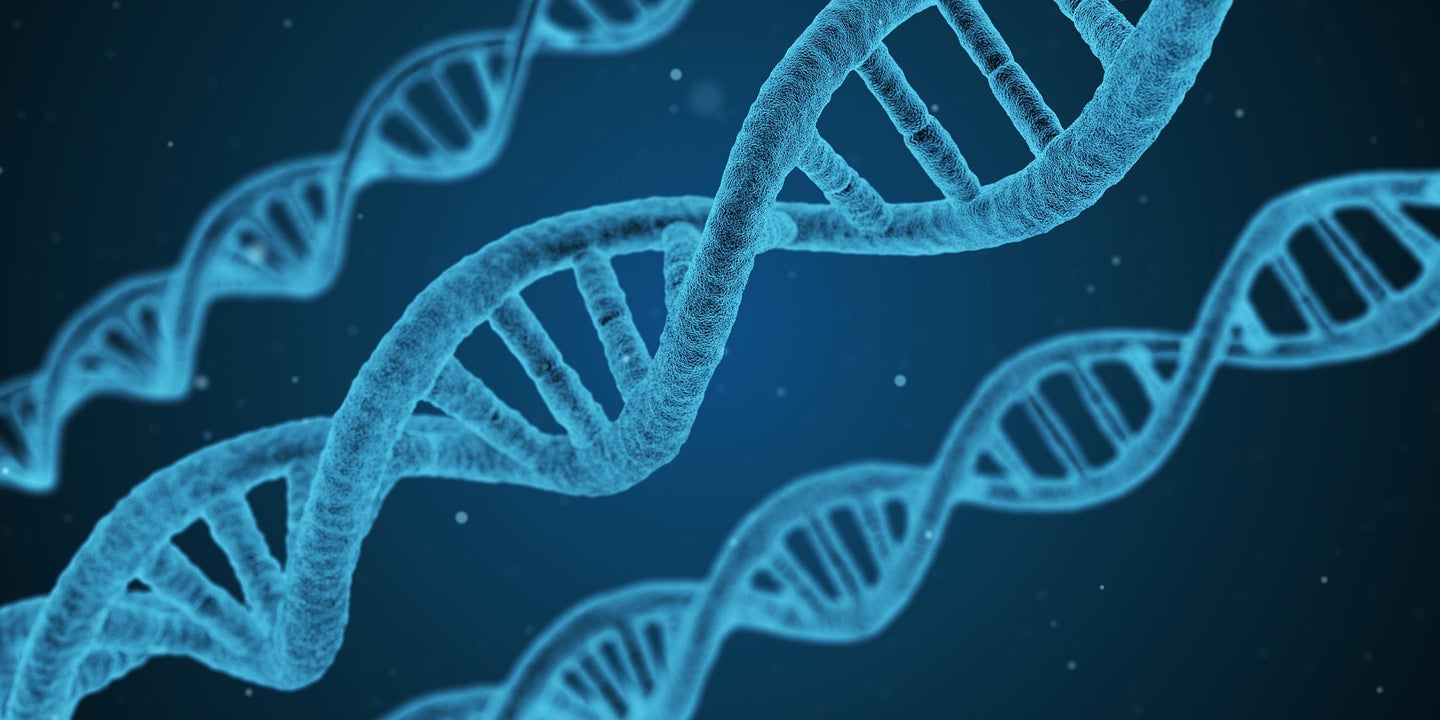 What defines our health? Scientists know it’s some combination of genes, the environment, and the choices we make. But which one has the most impact? Last week, results of Donald Trump’s annual physical showed that, despite boasting a diet of high-fat, low-fiber foods, our President isn’t in bad health for a 71-year-old. His doctor, Rear Admiral Ronny Jackson, says that’s due to “incredible genes.” How much can your genetic material protect you from unhealthy lifestyle choices?

First, a bit about genes. These units of DNA are passed down from parent to child, and we each have around 25,000 of them. An individual gene doesn’t actually make you short or blue-eyed; it simply instructs your body to produce certain proteins at certain times. The combination of those genetic instructions can create physical traits, but health is a little more complicated. There is no gene or set of genes that make a person generally more fit or healthy than the rest of the population.

But genetic variants can certainly make people more or less susceptible to conditions like heart disease and diabetes. One of the major precursors of heart disease is high blood pressure. Lifestyle (what you eat and how much you exercise) can affect your blood pressure, but so can your genes. Studies suggest that the influence of genes on blood pressure varies anywhere from 30 to 70 percent, depending on the individual.

While it’s impossible to know what genes the president has (unless he allows someone to sequence his genome), a genetic variant that helps regulate blood pressure could explain the reported reading of 122/74 at his most recent physical. That’s a decent enough blood pressure at any age, but at 71, it’s a great number. According to the newest guidelines from the American Heart Association and the American College of Cardiology, 120/80 and under is considered normal. But the target that most cardiologists and primary care doctors aim for at that age is 130/80. The result is especially surprising given the President’s diet, which features many foods known to raise blood pressure over time.

But what does this all mean? That we are all just a manifestation of our genes? Not at all. There’s no person or group of persons walking around with universally superior genes—most of us have some traits where we’re given a slight genetic boost, and others where our ancestors haven’t done us any favors. The best of our genes are only beneficial if wielded properly, and can be significantly discounted if abused. Someone with a genetic predisposition toward good cardiovascular health is still doing themselves a great disservice by eating an unhealthy diet and failing to exercise regularly. You might have a few genetic quirks that mean you’re more likely to have perfect cholesterol levels than the average person, but you’ll only achieve your body’s best potential if you actually take care of yourself.

Conversely, people whose genes make them much more likely to develop heart disease can significantly reduce that risk with a healthy lifestyle. One review in the New England Journal of Medicine found that patients with a genetic predisposition to heart disease could cut their risk in half by adopting good diet and exercise habits.

Plus, in the past 50 or so years, we’ve gotten a lot better at creating medications that reduce things like high blood pressure, cholesterol, and triglycerides. These drug discoveries were in huge part thanks to families that had these unfortunate variants. For example, researchers studying familial hypercholesterolemia were able to understand how those mutations work and create drugs to fix the problem, effectively and significantly lowering cholesterol levels not just for people with those rare genes, but for everyone. And there’s a lot we are still figuring out. Recent research on the microbiome (the bacteria that live on and in your gut, that are, in fact, also influenced by a diet, gene, and lifestyle combo) found that certain bacteria, when simply sprayed on the skin to treat acne, may also lower blood pressure.

We also need to study people who have protective genetic variants more rigorously. The Framingham Heart study (a large multi-generational cohort study) found that people with something called Gilbert’s Syndrome, a genetic variant that keeps the liver from processing bilirubin properly, have a lower risk of coronary artery disease. At high levels, bilirubin is a strong antioxidant, which might be one of the factors at play. Perhaps eventually researchers can create a drug that mimics this effect. Now that genetic sequencing is a popular practice among the general public, it’s likely that researchers will turn up even more mutations with the potential to inspire new drugs.

You have a vast number of genes and gene variants. And in all likelihood, some are good and some are bad. Most of them are probably average. The best way to embrace the genes you’re stuck with—all of them—is to lead a healthy life full of moderation.