Protecting Seychelles' reefs is about human health as well as biodiversity. 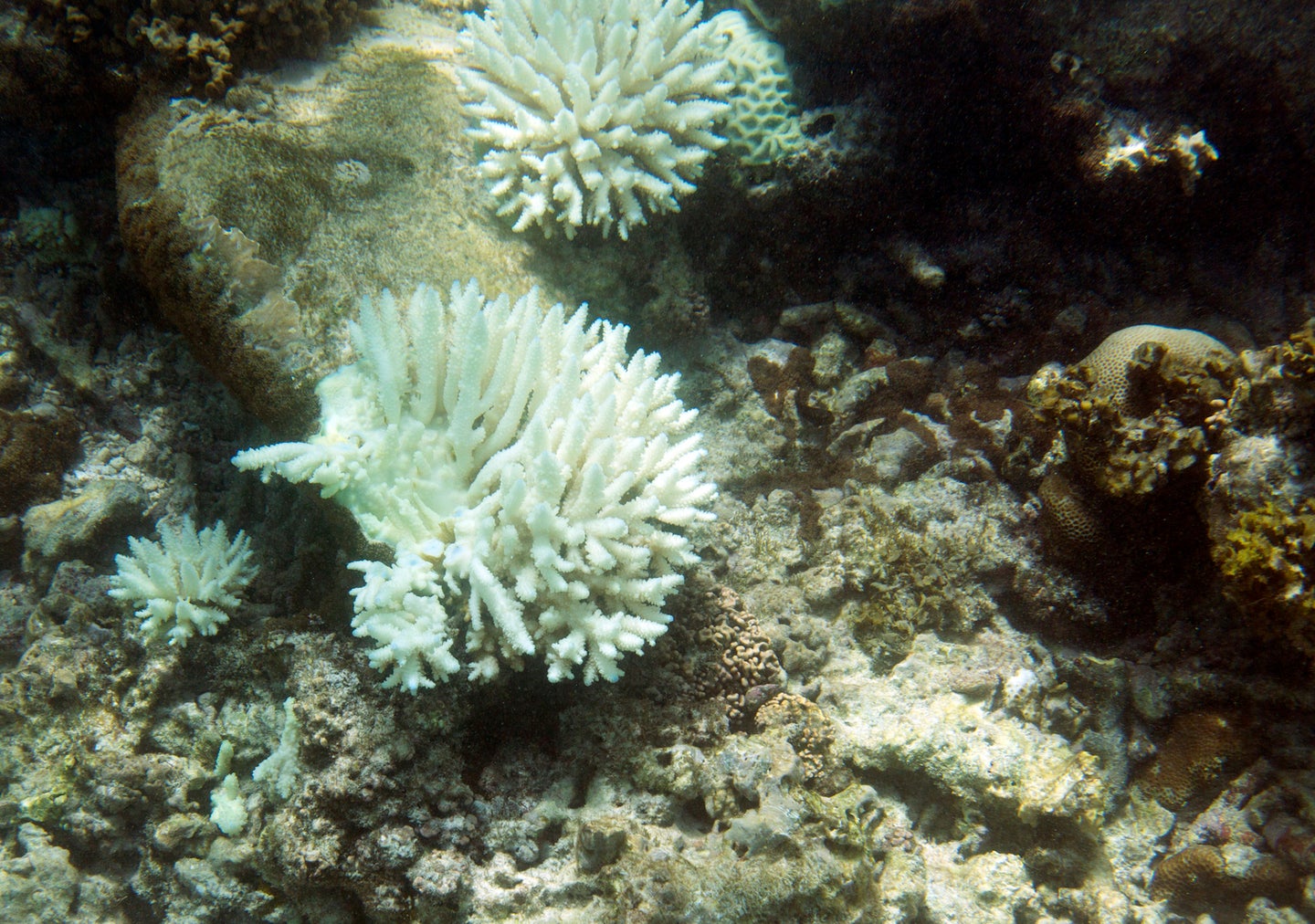 One of the most easily visible impacts of climate change is coral bleaching. As temperatures rise worldwide, water temperatures are climbing as well, causing colorful coral to become stressed and kick out their symbiotic algae partners. These events leave the reefs without their primary food source and susceptible to disease.

We’ve already seen this happen multiple times throughout recent history. In 2020, the Great Barrier Reef off Queensland, Australia, experienced its third major bleaching event over the span of only five years—and it might see another one by the end of this month. In some instances, the bleaching is so intense that it leads to high mortality. Reef decline impacts the communities of fish that live there, as well as the populations of people who depend on reefs for food or income.

In 1998, the African archipelago of Seychelles experienced a massive heatwave that caused almost all the coral in the area to die out. Researchers scoping out the impacts of the disaster for the past 20 years have learned that about half of the reefs have recovered, while the other half have been replaced with seaweed. But more recently, an international team of scientists found that the fish populations, even the ones swimming around the most damaged coral, were substantially healthier than predicted—at least when it comes to nutritional value for humans. They published their findings yesterday in OneEarth.

“The Seychelles is a great place to study how fish contribute to people’s health because loads of people eat fish,” says James Robinson, a coral reef ecologist at Lancaster University in the UK and lead author on the paper.

Robinson set off to find fish with a handful of local anglers and captured samples of 43 tropical reef species from both the recovered and seaweed-infested regions. He and his fellow researchers then sent off snips of frozen muscle from the subjects to analyze things like the concentration of minerals and fatty acids.

“We wanted to first understand how nutritious are reef fish, so we took all these values and compared them to other meats like chicken, pork, and beef,” Robinson says. “What we found is that reef fish are similar or more nutritious than those meats … that was super cool, uncovering the roles that reefs are playing in people’s health.”

But they also discovered something strange: Beyond being generally healthy, the reed fish were more nutritious after the bleaching event than before. After comparing the data, the study authors found an increase in fish biomass and a corresponding increase in nutrients in fish from today versus pre-1998 fish.

What’s more, the fish on the seaweed-heavy reefs had more iron and zinc than the same species on recovering coral sites. The significant change in the food web, moving toward nutrient-heavy macroalgae, “propagated up” the food chain to everything that eats the seaweed, Robinson says.

“This sort of says that reefs in Seychelles are continuing to provide food despite these really severe climate impacts,” Robinson says.

However, not all bleached reefs give away to productive seaweed—sometimes, they’re replaced by grassy turf algae, which hasn’t been studied in this method yet. So there’s always the possibility that other bleaching events, like the ones in recent years, won’t see the same nutritional silver lining. Still, this research emphasizes the importance of protecting coral reefs as a part of protecting the food system—even after climate impacts.

Currently, Seychelles is heavily dependent on imports, with about 90 percent of their total food coming from outside the country. Globally, climate change poses a growing threat to food systems, whether due to smaller farming yields or troublesome impacts on fisheries.

“We should focus attention on if we can manage coral reefs to protect that food supply and understand how bleaching will affect it at the same time,” Robinson says. “Most reefs are not managed for fishing, so there’s a risk that if you fish too hard, you lose that nutritional benefit. Hopefully this is another great reason to manage and protect reef fishes.”