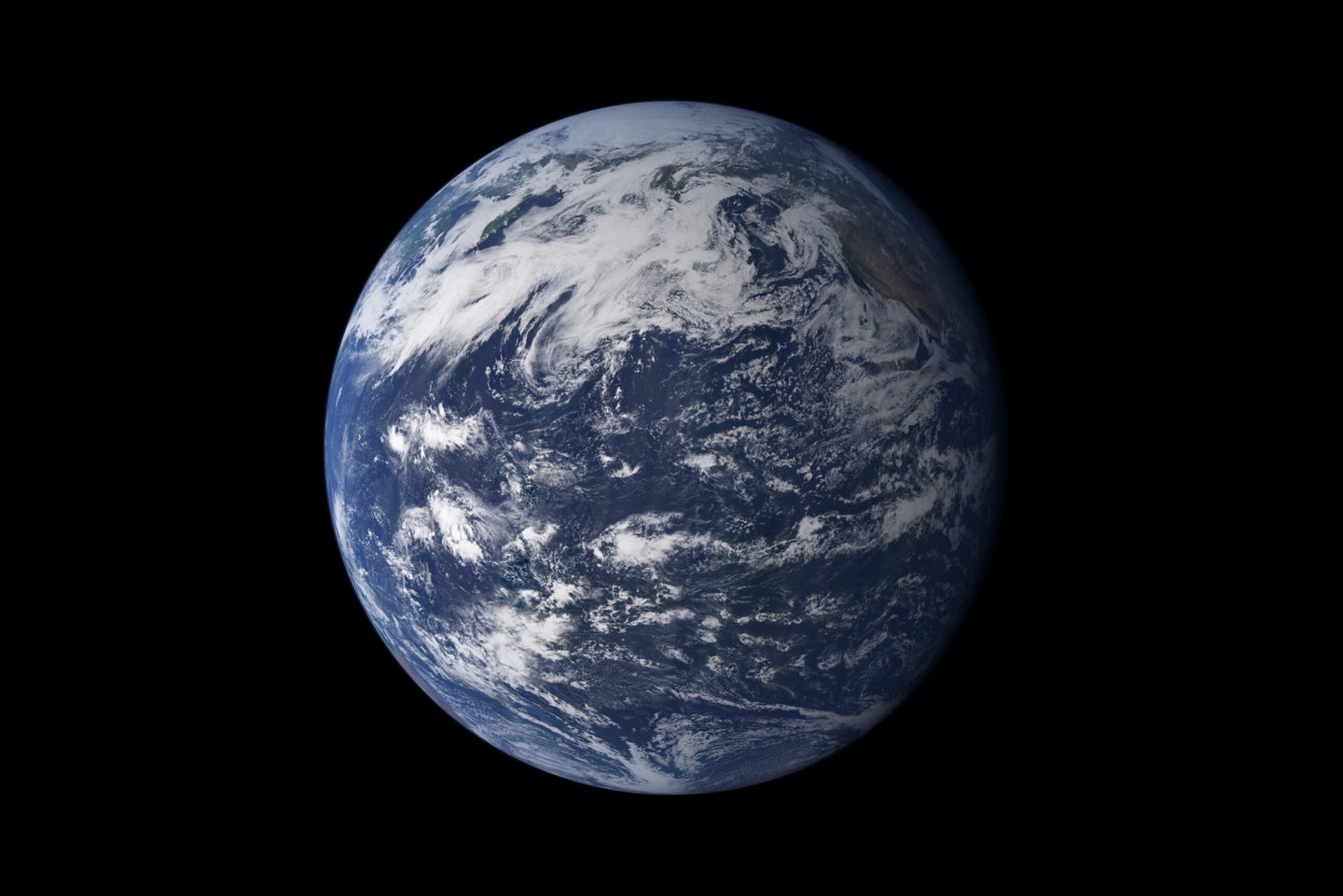 Deep under Africa and the central Pacific lie clusters of geological mysteries—nearly 1,800 miles (2,890 kilometers) below, down at the bottom of the mantle. Scientists typically use seismic waves generated by earthquakes to peer into Earth’s interior. But such waves aren’t especially enlightening in these parts, where seismic waves slow down as if they’re caught in jelly.

Those regions, potentially hundreds of kilometers wide, are called ultra-low velocity zones (ULVZs), and so far, their origins have remained a mystery. But now, a team of geologists has an idea. Simulating the formation of these mysterious zones, the geologists have evidence that the features are actually patches of ancient material, billions of years old, that sank to the bottom of the mantle over the years.

The researchers published their findings in Nature Geophysics on December 30. If their simulations are true, then ULVZs could be windows into the conditions of the early Earth.

“What continues to interest me about them is that they are such bizarre features of the lowermost mantle,” says Michael Thorne, a geologist at the University of Utah and one of the authors.

For years, scientists hadn’t been sure what, exactly, ULVZs were, or what created them. These areas occur at the base of the mantle, at the edge of Earth’s outer core. Scientists knew that these zones were much denser than the surrounding mantle, but that only raised more questions than answers.

“We can see these features in many different locations of the lower mantle, but we still don’t know the answers to many basic questions about them,” says Thorne. According to him, we don’t know what they’re made of, how big they are, or even where they’re all located.

Knowing how they formed could answer some of those questions. “The physical properties of ultra-low velocity zones are linked to their origin,” says Surya Pachhai, a geophysicist at the University of Utah and another of the authors, in a statement.

Unfortunately, their origin is just as murky as anything else about them. Some scientists thought ULVZs might be the source of magma for volcanic hot spots, since they lie under volcanoes in Hawaii and Samoa in the Pacific. But many other known ULVZs don’t align with volcanoes, so that seemed to make little sense.

And most theories of ULVZs assumed that they were made from one layer of some material.  But that was far from certain, and a ULVZ with multiple layers would have wildly different properties.

Thorne, Pachhai, and their colleagues focused on one area of ULVZs: located deep under the Coral Sea, northeast of Australia, home to the Great Barrier Reef. It’s an ideal location, since earthquakes are a frequent occurrence there. Those earthquakes give plenty of seismic waves that scientists can use to visualize the inside of the Earth.

But the seismic wave signatures they observed, from thousands of miles below even the deepest depths of the ocean, offered only blurry and uncertain pictures of ULVZs, so the scientists turned to simulations. They created theoretical models of Earth’s interior that include ULVZs, and they simulated seismic waves trembling through them to determine what those waves would look like to an observer on their virtual Earth. Running simulations under scores of conditions, they compared the results to what they’d observed under the Coral Sea to see how well each model matched.

[Related: You can now sense earthquakes on your smartphone]

“One of the most striking things was that Surya found evidence that the ULVZ was layered,” says Thorne.

The best match to their work corresponded to a scenario in which ULVZs don’t have single layers, but rather multiple ones. Pachhai says that, to their knowledge, this is the first study that’s shown evidence of this.

Their models also show that the layers aren’t uniform. There’s a lot of unevenness in their composition and in their structure. Those layers, the researchers think, must have formed early in Earth’s history.

“They are still not well mixed after 4.5 billion years of mantle convection,” says Pachhai.

The researchers think this could be related to a cataclysm when Earth was quite young. Four-and-a-half billion years ago, a planetoid that some call Theia collided with Earth—the same impact that might have kicked up a patch of debris that later coalesced into the moon.

The enormous energy of the impact would have taken a giant chunk out of Earth and left behind an ocean of mixed molten rock, stuffed and spiced with all sorts of gases and crystals. As this ocean cooled and sorted itself out, becoming today’s mantle and crust, denser material might have dropped to the bottom without mixing.

That dense material, then, would form the basis of what are today ULVZs.

Of course, this is only one theory, and limited to one stop of the globe. By gleaning more details from ULVZs, the researchers say they could learn a lot more about what that ancient magma ocean was like.

“With all of these various unknown questions remaining, there is still a lot of room for basic discovery, and this is what keeps sucking me back in to study them,” says Thorne, “the potential to add to the fundamental knowledge about what our Earth is made of and how it works.”