The first step in taking meaningful action is taking care of yourself. 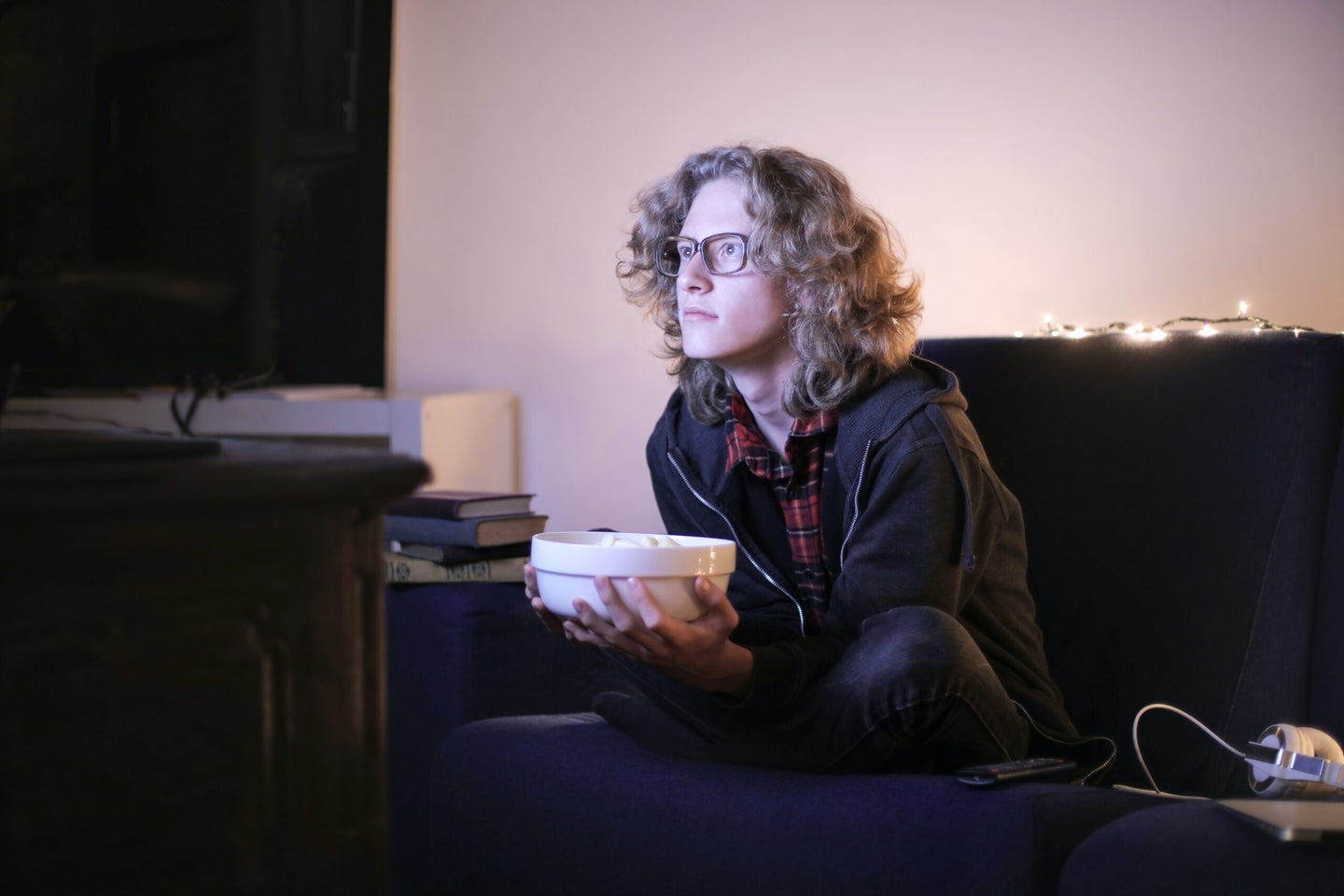 Movies about climate change can be a lot to take in—but it can also provide a needed push in the right direction. Andrea Piacquadio from Pexels
SHARE

This week Netflix dropped “Don’t Look Up,” starring a number of well-known names such as Jennifer Lawrence, Leonardo DiCaprio, Jonah Hill, and the iconic Birkin bag in all its glory.

The movie gets right to the point fast. Lawrence, a doctoral student, and DiCaprio, a professor, discover that a world-ending comet from the Oort Cloud, which is at the edge of our solar system, is headed straight for Earth (a not-so-subtle metaphor for our dramatically changing climate). The government gets involved; they’re whisked off to D.C. but are met with politicians and White House staffers who aren’t all that worried. Midterms and a potential scandal have taken over their top concerns, so the end of the world seems pretty far away.

Other climate doom movies like Seaspiracy and The Race to Save the World premiered in 2021. Seaspiracy went viral and caused controversy as different news outlets debunked some of the issues with the documentary. But 2021 isn’t the first time climate change has hit the television screen—there are many climate and activism documentaries that lean on climate doom or climate anxiety. Climate anxiety occurs when people, exposed to news about extreme weather or personally affected by climate issues, feel a sense of fear and dread about the future, precisely because of the climate crisis.

According to the BBC, more than half of young people ages 16 to 25 are worried about climate change. When asked in a survey last fall, about three-quarters of the sample of 10,000 respondents answered that the future was “frightening.” Shame and even anger are associated with climate anxiety for many people and the feeling that their elected officials have betrayed or abandoned them by not taking decisive action to mitigate climate issues.

“Climate doom,” however, is a relatively new term, says Sarah Lowe, a social and behavioral sciences professor at the Yale School of Public Health.

“The scientific literature talks about climate change anxiety and ecological grief, but I think climate dread captures a sort of the extreme end of the climate anxiety [spectrum], which is just really intense feelings of worry…persistent worry, negative emotions, distressing thoughts related to climate change that can result in dysfunction in one’s life,” Lowe says.

She doesn’t think all feelings of urgency and doom are harmful—especially if it can lead to calls to action, activism, climate policy, and other necessary changes for climate mitigation. But too much doom without the effort to follow won’t outright solve the crisis. In fact, it might stop people, especially climate activists and people who want to become more engaged in climate action, from getting much-needed rest.

“It’s important to take a step back and to do things that are restorative to the extent that that’s possible [like] going for a walk, practicing meditation, exercising, having a nice meal with friends. That can prevent burnout,” she says. “I will acknowledge that it’s hard and I’m really impressed by people who are able to sustain their activism in the long term.”

Many forms of this kind of media attached, especially climate documentaries and movies like Don’t Look Up, show the extremes of either apathy and urgency, screaming “do something” at the viewers. There’s a sense that no one is doing enough or taking the problem seriously enough to stop an even bigger issue from happening—be it the horrors of commercial fishing, worsening weather patterns, or even comets slamming into the Earth.

[Related: 4 new myths about climate change—and how to debunk them.]

The producers/creators of the film itself recognize the need for mental space and reasonable action. There’s a “Count Us In” section of the Don’t Look Up website that outlines small actions like talking to friends, ways to hold politicians accountable, and even “be kind to your mind.” Lowe points out that people who see movies and climate documentaries who feel fired up to take action should consider realistic steps that they can take that won’t deter them from having a healthy, functional life, like community organizing, protests, and volunteering. Taking care of your own well-being and seeing which fits best into someone’s lifestyle is crucial.

Julian Lagoy, a board-certified psychologist, says that balance and looking at realistic action is our best bet to avoid burnout and extra stress in climate change action.

“We need to be aware of the truth [about climate change], but not make it all encompassing to the point that one cannot live a normal life,” Lagoy says. “Rather, we need to make this more productive and positive by discussing the solutions possible by climate action rather than dwelling only on the problems that already exist.”

He also points to emotional and mental resilience as a tool for facing the realities of the ongoing climate crisis. “Resilience is a great trait to prevent mental illness from climate change…It teaches us to be in control of the situation rather than only affected by it,” he says. “It gives us the power to overcome.”

Giving in to climate anxiety for the sake of climate action doesn’t have to end in a DiCaprio-style public meltdown like in the movie. But if a star-studded wake-up call is what you, or perhaps some of your loved ones, need to get inspired to take action, go ahead and pop some popcorn and get watching.