These jellyfish seem to cheat death. What’s their secret?

Marine biologists think one species of jellies may hold some clues to reversing aging. 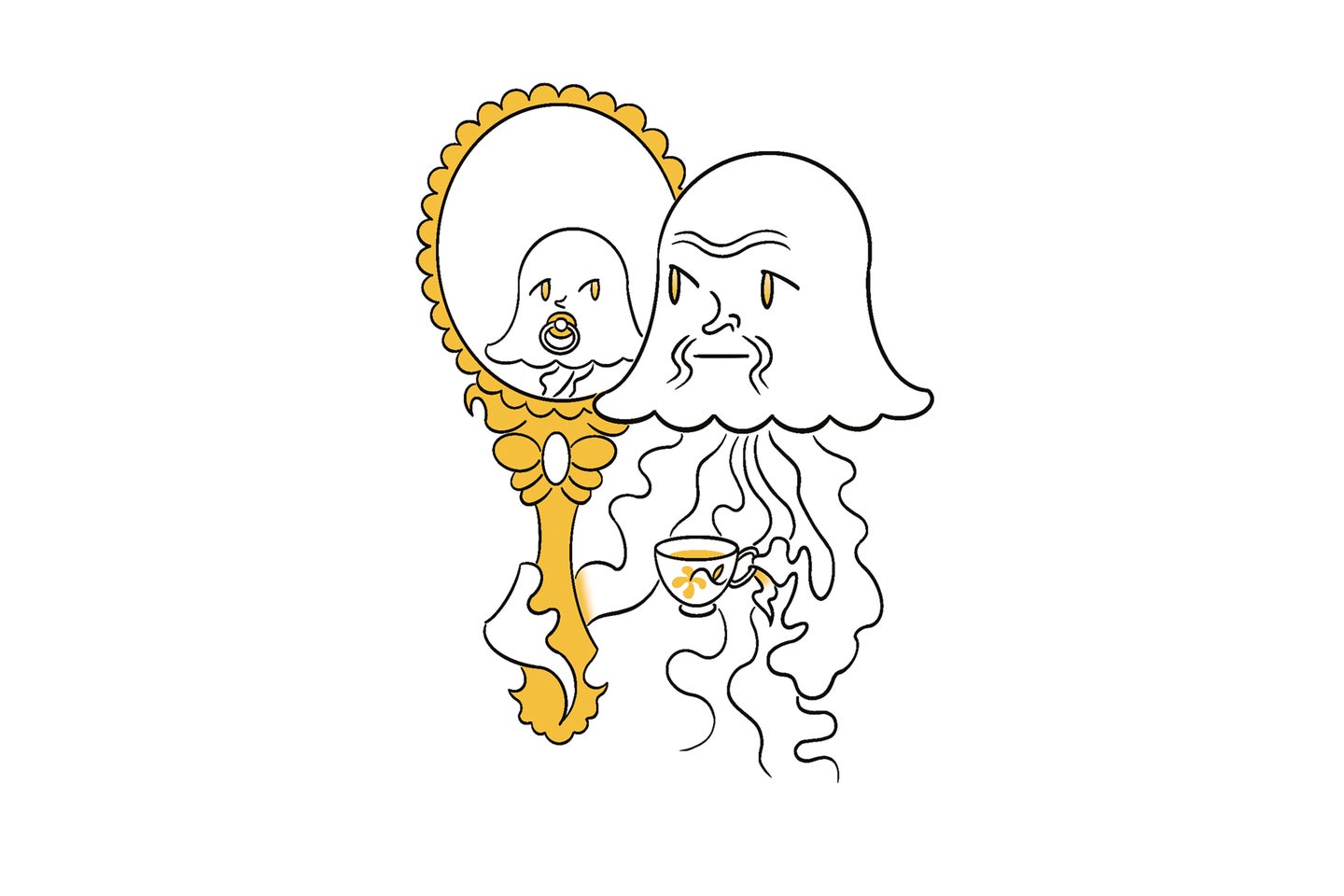 When T. dohrnii reaches mature size, it can curl into a tiny ball and split itself into a colony of newborns in a process called transdifferentiation. Masha Krasnova-Shavaeva
SHARE

Maria Pia Miglietta is a Professor of Marine Biology at Texas A&M University at Galveston. This is her story from the field as told to Sara Kiley Watson.

In my youth, on the shores of southern Italy, I’d constantly play with Turritopsis dohrnii, a tiny jellyfish discovered in the Mediterranean Sea in 1883. Today you can find the species all over the world’s oceans because they reproduce like crazy—and it’s no exaggeration to say they live forever.

When T. dohrnii reaches mature size, it can curl into a tiny ball and split itself into a colony of newborns, sometimes as many as hundreds of baby jellies. In this process, called transdifferentiation, adult cells reconfigure themselves into new ones. Uncovering how this change happens can give us clues on how to keep our own cells alive and healthy.

My team and I have been sequencing the adult’s genes, looking at which ones control the transdifferentiation process and how exactly they pull it off. We’ve found that in addition to loads of cellular repair, the jellyfish also prevent their telomeres—caps at the ends of DNA strands that protect against aging—from shortening, as they do in almost all other species on the planet. We believe that this could be key to keeping cells young.

Next, I want to pinpoint why this jelly can cheat death, while its nearly identical sister species (T. nutricula) still succumbs to old age. I want to find and study those life-altering genes.