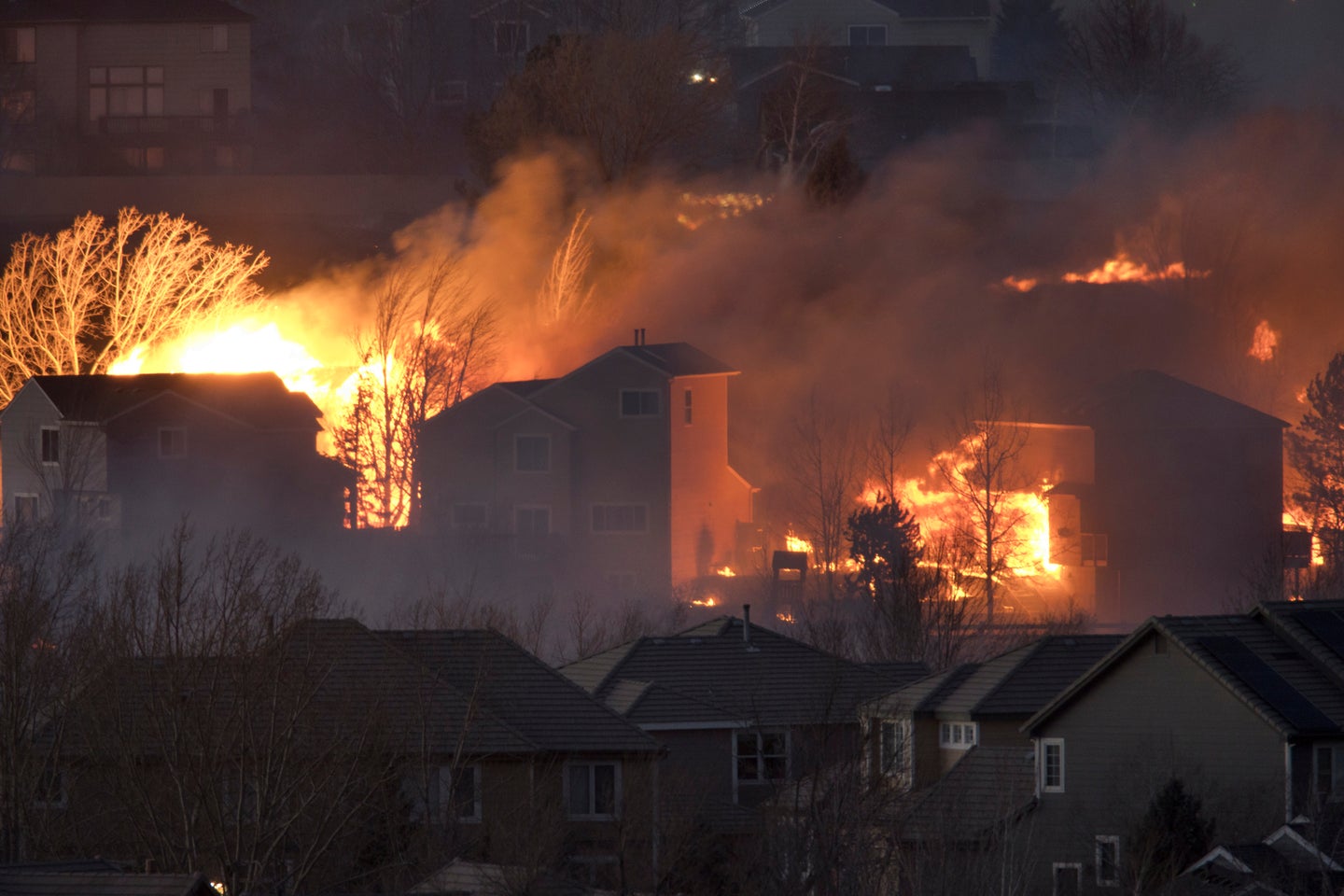 In an unexpected and fiery turn of events, fast-moving wildfire Marshall spread across the state of Colorado last Thursday, pummeling through 6,000 acres in just a few hours. Thousands of people have been rapidly evacuated from counties and towns north of Denver,. As of January 2, three individuals are still missing, including a search for 91-year-old Nadine Turnbull who was last seen in her burning home in Superior.

“It was in [the] blink of an eye. This was a disaster in fast motion, all in the course of half a day,” Governor Jared Polis said in a press conference on December 31. “Nearly 1,000 homes are gone.” Cold, snowy weather over the weekend has since suppressed the fire.

This is believed to be the most destructive wildfire in Colorado history due to its location in the packed Denver suburbs and remarkable timing outside of fire season, which traditionally lasts from around May to September. Wind gusts of more than  100 miles per hour (equivalent to that of a Category 2 or 3 hurricane) on December 30 likely caused downed power lines, leading to the incredibly destructive blaze. However, officials are also pointing to climate change and population growth as causes for the unseasonable disaster.

“I have thought it won’t be long before we start experiencing fires like California where flames chase people out of their neighborhoods,” Becky Bolinger, an assistant state climatologist at the center at Colorado State University,  told the Denver Post. “I didn’t expect that would happen in December.”

There was no stopping the fire once the downed power lines made contact with  dry ground vegetation left overfrom a tumultuous spring and summer According to the Denver Post, tall grasses that sprung up during a wet spring dried out during the summer drought that plagued the region. The kindling, plus a record-breaking dry and warm second half of 2021, poised Colorado for the fast-paced blaze.

“Climate change is essentially keeping our fuels drier longer,” Jennifer Balch, a fire scientist and director of the Earth Lab at CU Boulder, told NPR. “These grasses that were burning—you know, they’ve been baked, essentially, all fall and all winter. On top of that, we didn’t get a lick of moisture.”

On top of tricky climate conditions, population growth poses an especially serious threat for disastrous wildfires. As more people move into what were once uninhabited grasslands, fire-risky activities, like starting a car or having a barbeque, become more common. All the while, local management policies might shift toward suppressing natural flames. Keeping small burns from happening in populated neighborhoods ends up leading to more and more fuel build-up, setting the stage for massive destruction.

[Related: Wildfire smoke is spreading far and fast. Here’s how to live with it.]

“Unfortunately, this illustrates one of the worst-case scenarios,” Philip Higuera, a professor of fire ecology at the University of Montana, told NBC News when interviewed about the fires outside of Denver. “There are these high-wind events under these extremely dry conditions, and you’re basically crossing your fingers and hoping there isn’t a human-caused ignition in the wrong place.”

Massive snowfall in Colorado over the weekend helped slow the fires—but that relief could be short-lived. If the days following snowfall are dry, warm, and windy, homes and lives could fall back into risk very quickly.