Does ‘The Ocean Cleanup’ Stand Up To Peer Review?

Marine scientists have serious questions about a crowdfunded project to scoop up marine plastic debris. 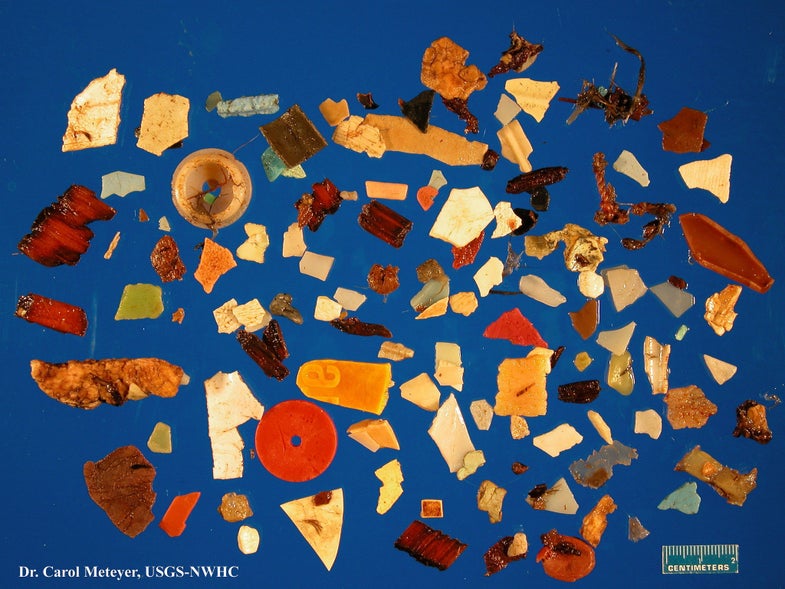 Dutch engineering student Boyan Slat has a plan to cull millions of tons of animal-killing, economy-hurting plastic debris out of the world’s oceans. Called “The Ocean Cleanup“, the plan involves putting specially-designed V-shaped booms in the world’s major marine gyres. As the water flows under the booms, specially designed filters hanging beneath them would collect the plastic.

According to its website, Slat believes his device could clean a given gyre of plastic bits in 7-10 years, at costs 33 times lower than current cleanup methods, and that “a major part of these costs” could be recouped by selling the collected plastic for re-use.

Slat came out of nowhere when he proposed this idea a couple years ago at age 17, and has become global sensation on the new-thinking, TED-talk, social enterprise circuit: The notion of using the ocean’s own energy and motion to clean up our mess seems elegant. The possibility that a kid might invent something that solves a serious and all but intractable pollution problem seems Hollywood-ready.

The plan itself also has an entrepreneurial, this-can-pay-for-itself angle that flies well during a rocky economy, and the guy making it happen is a soulful, optimistic young man with the best of intentions. The project has raised over $1.16 million of a $2 million crowdfunding goal with 59 days to go, and has just released a first feasibility study.

But whether or not it can really work still seems uncertain. According to two marine scientists at Deep Sea News, the feasibility study has fundamental scientific shortcomings that include:

Deep Sea News apparently knew they were taking a tiger by the tail with this review, the first time they’ve covered The Ocean Cleanup since March 2013. “Originally, we had decided not to engage with this project again, since being a naysayer is neither fun nor professionally rewarding,” they note. But with the amount of approval, attention and money flowing into the project, it warrants the same kind of scrutiny that scientific work in similar fields regularly receives.

“We believe in the peer review process, both before publication and post-publication,” writes DSN. “Science is built on criticism. While peer review is by no means perfect, we have both found that a robust peer review process has greatly improved our own science. Since crowdfunding sidesteps the formal grant review process and makes funding requests public, it is appropriate that the review be public as well.”

The plastic debris problem may also be more complex than The Ocean Cleanup’s initial feasibility study accounted for. A new, first-of-its-kind map of ocean plastic debris has revealed a surprising absence of the stuff on the water’s surface. Scientists involved are not yet sure where the plastic is going, or which organisms may be affected. It’s research that Slat probably needs to consider as he continues to develop and promote his project.