Contrary to most doomsday visions, climate change will probably make for smaller waves and calmer seas

Unfortunately, it's still going to suck. 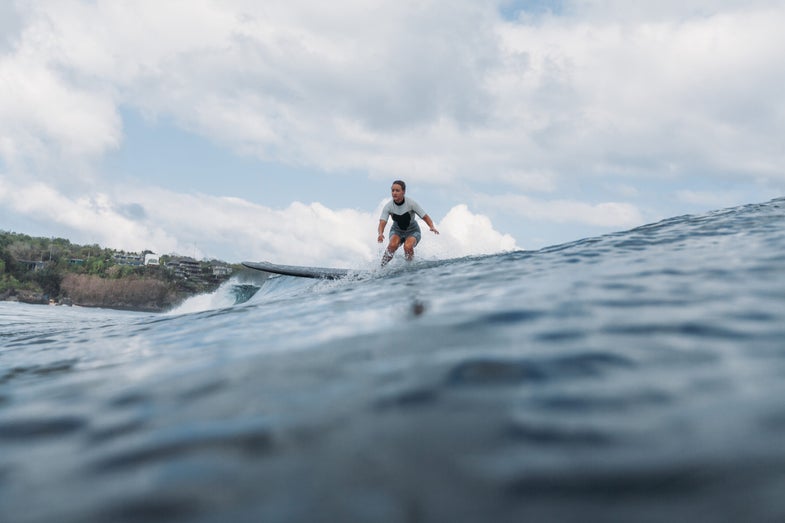 Mark Hemer has bad/good news for you. If you don’t live in Australia, the answer is likely no. A research scientist at CSIRO’s Ocean Atmosphere Climate Science Centre, Hemer studies waves for a living. And what would seem like a relatively relaxing gig can actually be a minefield of assumptions, missing data, and seemingly endless question marks.

First thing’s first: Forget about the monster waves typically predicted in Day After Tomorrow-style doomsday scenarios. “People jump to the conclusion that waves will be bigger and more destructive,” Hemer says. But in the future, he explains, most people will find them to be anything but. He predicts that weather-fueled wave height increases will only occur in a tiny fraction of Earth’s oceans. Much of the rest of the world will likely see much shorter waves and calmer seas in the years to come—a bonus for shippers, not surfers.

“A large chunk of the global ocean is actually projected to have a decrease in wave height,” he says. “It’s really only the Southern Ocean that will have an increase.”

The spot where the southern parts of the Atlantic, Pacific, and Indian Oceans meet is home to a belt of westerly winds projected to expand southwards as the atmosphere and oceans warm up. More winds means taller waves, leading to potential erosion, loss of marine habitat, and human and property damage.

Predicting how waves might act later is just part of Hemer’s challenging job. Wave science combines everything from climatology to engineering in an attempt to figure out how the heck waves work. It’s more complicated than you might think, because waves aren’t just ephemeral: They’re really hard to measure.

“They have their challenges,” says Hemer. That’s a characteristic understatement from a scientist who studies the disconcerting phenomena his discipline has charmingly dubbed “extreme waves.”

Your average ocean wave doesn’t start its life as a deadly wall of water. Instead, it begins as a ripple created by the friction between ocean and sky. Some ripples eventually crest, bursting into a wave. As the energy that powers the wave moves through the water, the surface rises and falls. When helped along by stormy weather, extreme waves, like a 78-foot-wave that recently became the tallest ever recorded in the Southern Hemisphere, can form.

But for scientists, there’s a catch. Waves are tricky beasts, and hard to track and quantify. They appear randomly and last briefly, and unless you have a grasp on their history, you can’t know whether they’re actually becoming higher or more frequent. That’s even trickier because, well, who can track the history of ocean movements that last for seconds at a time?

“When you compare it to other climate variables, we really don’t have a good historical dataset,” Hemer says. Without a clear picture of the past, the word “extreme” means nothing, and it’s tough to figure out where things might go from here.

“Historical” is relative when it comes to waves. Humans have watched waves for millennia, but they’ve only recorded them from the ocean with any degree of consistency for 45 years or so. Satellites can observe waves, too, by sending radar down from orbit and measuring the height of the ocean surface. But they’ve only been doing that for about 30 years. Though parts of the world are home to robust networks of buoys that measure things like wind, sea temperature, ocean direction, and speed, they’re not that old. And though historical sailors recorded some data about waves of yore, it’s hard to turn their observations into real data.

So how can wave scientists make confident predictions?

“We don’t, really,” Hemer mourns. Without a good dataset, predicting future wave behavior is the definition of an educated guess.

COWCLIP, or the Coordinated Ocean Wave Climate Project, is an attempt to make the guess a bit more likely to succeed. Hemer helped found the project, which is engaged in the grisly work of hashing out a standardized historical picture of waves’ past. The aim, of course, is to make their future clearer. After the group IDs a standardized dataset, it will use the info to create ongoing wave projections that can help assess climate change.

If Hemer has anything to do with it, the data could also help slow climate change down. He sees waves as a source of renewable energy for Australia. Right now, wave energy is expensive and inefficient. But a better understanding of waves could change that. In an attempt to help, he and colleagues developed a wave energy atlas—an online resource that uses complex wave modeling to help people choose the best spots for power projects. Waves probably won’t save us (Australia, the recipient of all those sick waves, consumes a fraction of the amount of energy used by, say, the United States). But perhaps they could help tip the balance between sink and swim.