Why national parks are cracking down on fireworks, ebikes, and other harmful fun

As visitation numbers spike, the National Park Service is trying to strike a balance between recreation and conservation. 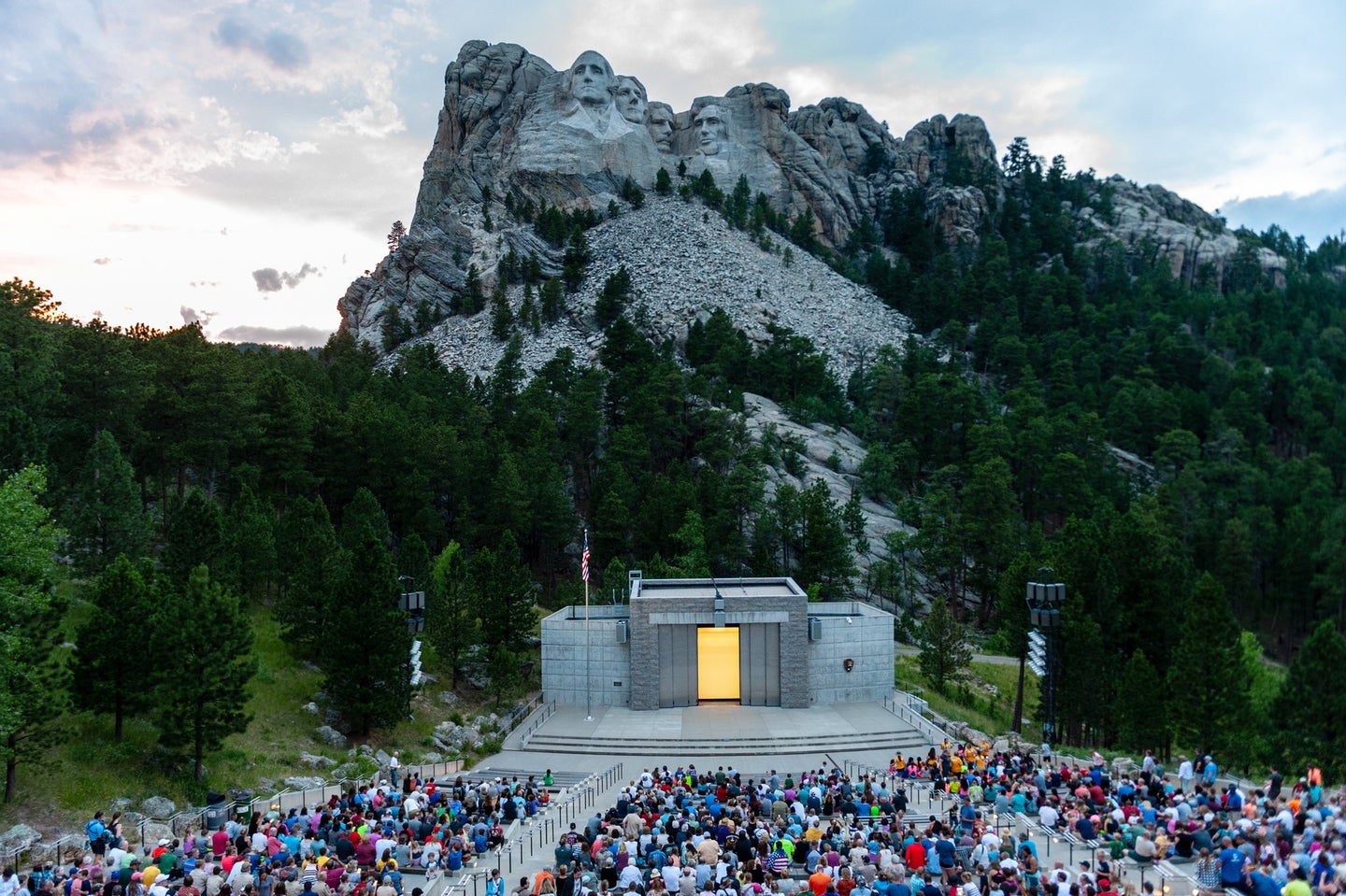 As restaurants, bars, and international travel remained limited during the pandemic, many Americans turned to the country’s national parks to satisfy their cravings for solace and adventure. But some of these protected areas are now feeling the pressure of increased demand for outdoor recreation.

In the past few years, the National Park Service (NPS) has cracked down on recreational activities of all sorts in an effort to manage human impact on natural environments. Most recently, the agency denied a request by the South Dakota governor’s office to allow Fourth of July fireworks at Mount Rushmore, citing tribal opposition and wildfire risk as reasons for its decision.

This verdict is in line with others the NPS has made lately that aim to regulate recreational activities, including hiking, biking, and scenic air tours. Such restrictions will likely continue to increase as public lands face more stressors, both from human use and from the changing climate, says Robert Manning, an expert in parks and outdoor recreation at the University of Vermont.

“It’s disappointing anytime the National Park Service has to restrict access to the parks,” Manning says. “But unfortunately, it seems to be needed more and more today.”

Overcrowding has been a significant issue, especially for some of the most popular protected areas. In 2021, the national park system received nearly 300 million recreational visits, nearly half of which took place in just 25 of the country’s 423 units. Forty-four parks set visitation records in 2021, including Great Smoky Mountains and Yellowstone National Park.

Visitation density has harmful impacts not only on the environment, but also on visitor experience. An excess of cars creates issues of congestion, pollution, and collisions with wildlife. Overcrowding on trails can lead to higher risk of hiking accidents and illegal off roading.

Although the popularity of national parks has been rising over several decades, soaring demand during the pandemic has exacerbated issues of overcrowding. In an effort to curb unsustainable visitation numbers, two Utah national parks announced last year that they would start requiring reservations. At Zion National Park, people will now need a permit to hike the famous Angels Landing route. Meanwhile, those who hope to visit any part of Arches National Park will have to book timed entry tickets during its high season.

These reservation systems have become more common in recent years, Manning says. Besides the two Utah sites, the NPS has implemented similar systems at Rocky Mountain and Glacier National Parks, as well as Cadillac Summit Road in Acadia National Park, the Kalalau Trail in Kauai, and Muir Woods in Marin County.

The NPS has also been putting its foot down on specific recreational activities. In 2021, the agency gave park superintendents the authority to ban e-bikes if they adversely impact natural resources or other visitors. In the same year, the agency proposed stricter rules for scenic air tours, prohibiting these flights from taking place at dawn or dusk, or within a half-mile of the ground.

“Sunrise and sunset are important times of the day for wildlife and visitor use and experience,” the draft plan states. “Biologically important behaviors for many species occur during this time, such as prime foraging, mating, and communication. The hours of operation provide quiet periods of the day during which visitors can enjoy natural sounds and preserve opportunities for solitude in designated wilderness areas.”

These falcons—known to be the world’s fastest animal for their ability to dive at more than 240 miles per hour—build nests in spots along the park’s iconic cliff faces, which also happen to be locations where humans like to rock climb. Although the species is no longer federally listed as endangered, they are sensitive to disturbances during nesting season. So, protecting their native habitats remains necessary.

Balancing environmental protection and outdoor recreation is not an easy task, and as climate change introduces additional stressors to the environment, the NPS will have to consider how it deals with the risks of wildfires and extreme weather events as well.

The agency’s decision to deny fireworks at Mount Rushmore this year follows a March 2021 wildfire that was the largest in the memorial’s history and forced a three-day closure of the site. Public lands closures due to wildfires have become common occurrences, especially in the West. Last year, the US Forest Service took the drastic step of temporarily closing all of California’s national forests, a response to the more than 6,800 wildfires that burned through 1.7 million acres of the state.

The burden shouldn’t fall completely on visitors, however. If the NPS wants to competently manage future risks, it will need significantly more support for staffing and funding, Manning says. The agency’s permanent workforce rests around 20,000—fewer than the number of people employed by the Disneyland Resort in Anaheim—and its annual budget accounts for less than 0.05 percent of total federal spending for the year.

“There’s a big gap that needs to be bridged,” Manning says. “The national parks are enormously important, and they need more help.”

Manning notes that national parks could benefit from solutions such as Zion’s low-emission shuttle bus system, which has been successful in reducing the impacts of personal vehicles and is set to be replaced with new electric transit buses. But the lack of resources remains a major barrier for the NPS. In the meantime, it seems like restricting access is the most realistic way to preserve the precious spaces where humans can coexist with the wilderness.