Satellite Data Show The Earth Is Getting Greener 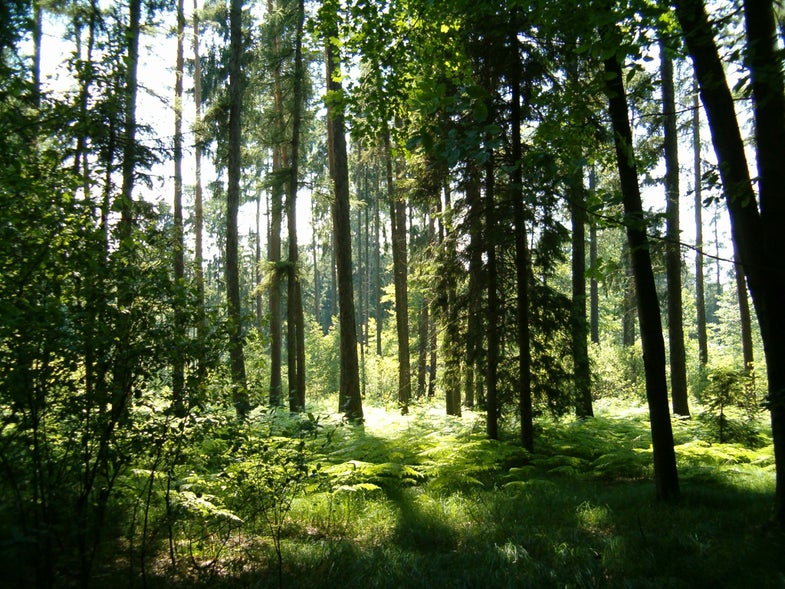 It isn’t often that environmental scientists get good news. But a new study in Nature Climate Change found that for the past few years, the earth has been getting a little bit greener, accumulating an additional 4 billion* tons of biomass (vegetation) between 2003 and 2012. That’s a good thing, because plants take carbon dioxide out of the atmosphere, locking harmful greenhouse gas away in the new growth.

The additional green came from a few places: In former Soviet countries, forest started to grow back over farmland, while in China, massive tree planting campaigns seemed to do the trick. The researchers also found that more arid areas had a lot of vegetation as well, including shrubs in savannas in Africa, Australia, and South America.

The researchers used numerous satellites to look at changes in vegetation over the years. They looked at microwave radiation bouncing off the Earth’s surface, and by pulling together data from the different satellites, they were able to get a month-by-month idea of how much living plant matter was on our planet for the past 20 years.

While in recent years it seems like things are looking up, the prognosis isn’t entirely rosy. The team still found huge amounts of deforestation in the rain forests of South America and Southeast Asia. Those findings line up with another report from earlier this month that noted that deforestation in rain forests seems to be increasing. Not only that, but the areas where vegetation is spreading (like the savannas) are highly sensitive to changes in climate. A particularly dry year (or years) could kill off the new vegetation and put us right back where we started.

Update 2/29/2016: This article has been updated to note the correct amount of biomass increase was 4 billion tons, not 4 tons as was originally written. We regret the error.