The jet stream is moving north. Here’s what that means for you.

Weather could change dramatically, especially when it comes to rainfall. 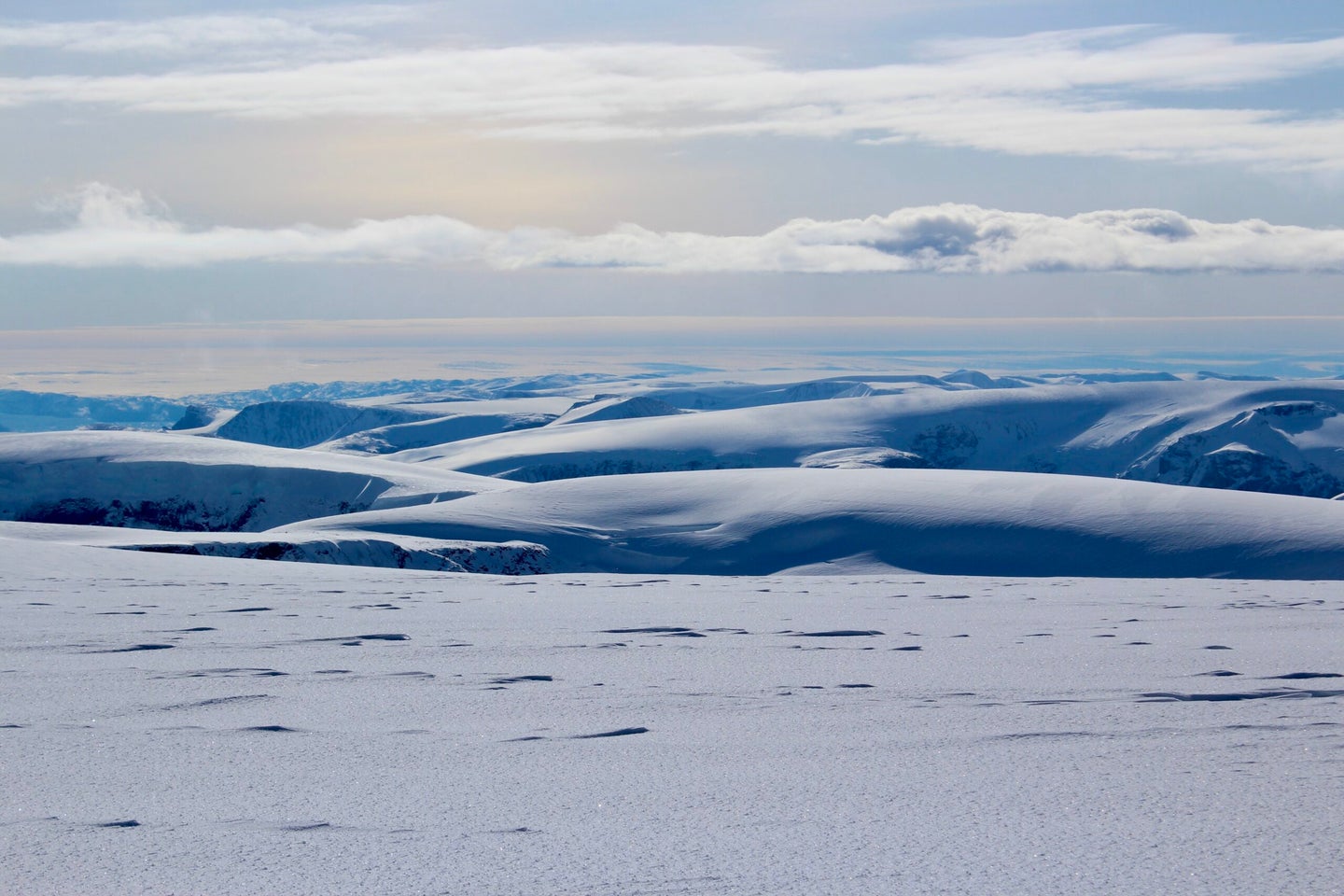 The Greenland Ice Sheet as seen from atop an icy mountain. Matthew Osman (University of Arizona)
SHARE

In 1374, famines struck what is now Spain, Italy, and France. The culprit? The North Atlantic jet stream, a river of fast-moving air that flows from North America to Europe, had shifted north. The jet stream carries moisture-laden storm clouds, and without them, southern Europe was left dry, and crops died off.

Research published this week in the Proceedings of the National Academy of Sciences reconstructed a history of the jet stream’s path in the North Atlantic from the 700s AD to 2000. The findings suggest that, although climate change hasn’t altered the location of the crucial climate system yet, high emissions could push Europe into a world more like 1374.

Wiggles in the jet stream have been implicated in extreme weather over the past year, from the floods in Europe this spring to the heat wave that struck the Pacific Northwest, although the climate’s role in those movements is still an open question.

“The jet stream is this wavy, buckling band of wind, but the mean position changes over longer time scales,” says Matthew Osman, a climatologist at the University of Arizona, and lead author on the study.

The jet stream is held in place by polar air to the north and wind from the tropics to the south. And it pushes surface-level storms in its path, in what’s known as the storm track, reshaping rainfall across huge regions. “When the jet stream or storm track is situated further south, the already semi-arid regions of southern Europe receive a lot of moisture and mild temperatures,” says Osman. “But as the jet stream moves away towards the north, it takes away the storm track and precipitation and brings it to northern Europe.”

“This isn’t a huge deal when we think on daily, weekly timescales, but if we think of projections of where deserts might go in the future, moving moisture from arid regions to wet regions is a problem.”

By sampling cores from the Greenland ice sheet, which show records of rainfall and temperature going back hundreds of years, researchers were able to reconstruct a record of the storm tracks across the North Atlantic.

Still, climate models suggest that the stream will march northward and, according to this research, will move outside the historical zone by 2060 in the highest emissions scenarios.

That means that as dramatic as the smoke, rains, and fires of this summer have been, there are many more unknowns on the horizon as more climatic systems move into uncharted territory.

The research wasn’t able to provide the same kind of historical context on the waviness of the stream, which would help unravel the role of climate change in precipitating extreme weather. But it could still establish a link between some historical disasters and the jet stream. “1728, 1740, these were years that winds blew at almost half their normal intensity,” says Osman. “We know from historical documents that these were years that were really cold, where there was a really strong lack of precipitation.” In 1740, that miserable weather kicked off a massive famine in Ireland, killing millions of people—more per capita than in the Irish Potato Famine in the 1840s and 50s.

“It’s a good test to see if the models can reproduce in a realistic way, the conditions that we see in this distant past period in terms of human civilization,” says Jennifer Francis, acting deputy director at the Woodwell Climate Research Center, who was not involved in the study. “Anything that moves the jets closer to the pole is going to leave central Europe high and dry, which is going to favor drought conditions, and is associated with famines.”

But she offered two notes of caution. First, she says that climate models may be off in a couple of key ways that end up overestimating the tendency of the jet stream to move north. “There’s a lot of things to wonder about in terms of what the models project for the future latitude of the jet stream.”

Second, she noted that the historical data ends in 2000, while the most apparent effects of warming on the jet stream would have appeared in the last two decades. “That would leave only a few years of, say, the Arctic starting to warm up, and that’s just not enough to see any impact on the jet stream.”

Osman says that he still thinks that the climate “probably hasn’t yet reached the emergence of a new sort of climate regime.” And, he emphasizes, that means that humans can still head off changes to the jet stream—after all, the system only escaped the historical norm in a high emissions scenario. “That doesn’t have to be truth. It’s just a model.”