What the heck is the Doomsday Clock, and why did it just tick? 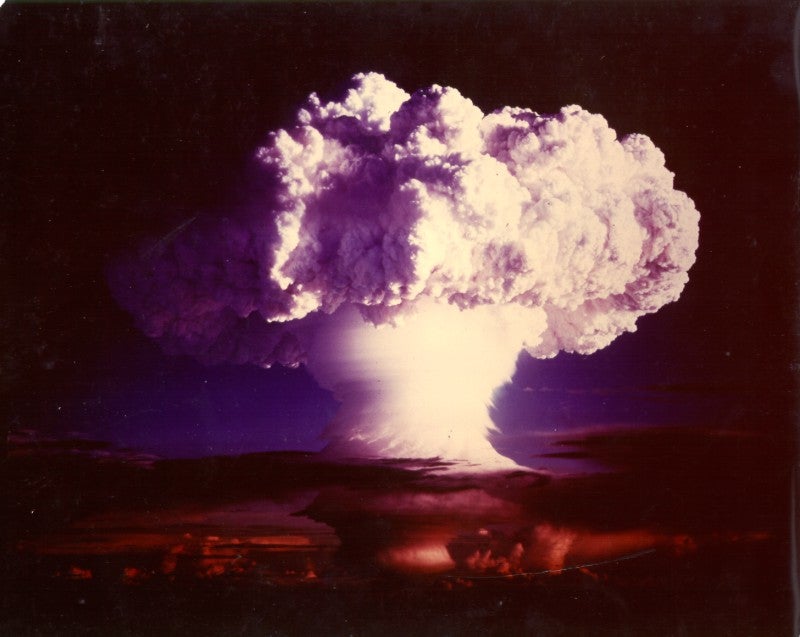 The Doomsday Clock just ticked 30 seconds, bringing us at an uncomfy two-minutes-to-midnight for the first time since the Cold War. That sounds, well, not great. But what does it all mean?

Is it art, or science?

The Doomsday Clock is neither a meaningless art project nor a precise scientific measurement; it’s somewhere in the middle. The graphic was introduced in 1947, when artist Martyl Langsdorf designed a clockface at seven minutes to midnight for the cover of the Bulletin of Atomic Scientists. At the time, 11:53 p.m. was something of an arbitrary choice, but the idea was to make people think about how much more dangerous life was becoming in the nuclear age. That was rather the point of the Bulletin itself, which was put out by a group of scientists who’d participated in the Manhattan Project.

What happens at midnight?

Calm down, it’s a metaphor. No one is saying we’re literally 120 seconds from an apocalyptic disaster at any given moment. In fact, during the Cuban Missile Crisis, when the world was arguably perched most precariously on the precipice of nuclear war, that minute hand didn’t move a bit. The clock (which, by the way, does not exist physically—you can’t go visit it, which would probably be the most existentially distressing long weekend one could plan) is meant to remind us that global catastrophe has been just around the proverbial corner from the moment our species entered its nuclear age. It’s not keeping tabs on day-to-day threats.

What makes it tick?

The Doomsday Clock doesn’t tick constantly, but instead moves in response to periodic deliberations on the state of humanity. The clock hand’s movements used to be determined by just one guy—Eugene Rabinowitch, who edited the Bulletin in its infancy—which seems like an awful lot of responsibility. He used his own scientific expertise and that of fellow researchers to determine whether or not it was time to move the clock forward (or back). Now the Bulletin’s Science and Security Board makes the call, along with their Board of Sponsors (which includes 15 Novel Laureates). The group tries to determine whether the world is objectively more or less safe than it was the year before, and pushes the minute hand forward or back accordingly.

While it was designed to broadcast the threat of nuclear proliferation, the clock-setters started to factor in climate change starting in 2007.

How bad is two minutes to midnight?

“The Science and Security Board for the Bulletin of the Atomic Scientists assesses that the world is not only more dangerous now than it was a year ago; it is as threatening as it has been since World War II. In fact, the Doomsday Clock is as close to midnight today as it was in 1953, when Cold War fears perhaps reached their highest levels,” Lawrence Krauss, chair of the Bulletin of the Atomic Scientists Board of Sponsors, and Robert Rosner, chair of the Bulletin of the Atomic Scientists Science and Security Board wrote in an op-ed for The Washington Post. “To call the world nuclear situation dire is to understate the danger—and its immediacy. North Korea’s nuclear weapons program appeared to make remarkable progress in 2017, increasing risks for itself, other countries in the region and the United States.”

The group cited the abuse of social media to spread misinformation, “reckless languages in the nuclear realm,” and a lack of evidenced-based decision-making on climate and other issues as signs of our planet’s dire state.

On the bright side, we were already bumped to 2.5 minutes before midnight in 2017. So, uh, relatively speaking, things haven’t gotten that much worse.

Or maybe the experts at the Bulletin are just trying to use small increments so they’re not stuck making the totally unprecedented move to one minute to midnight before they’re, like, reeeeeeeeally concerned.