This hardcore yeast thrives amidst acid and radiation. 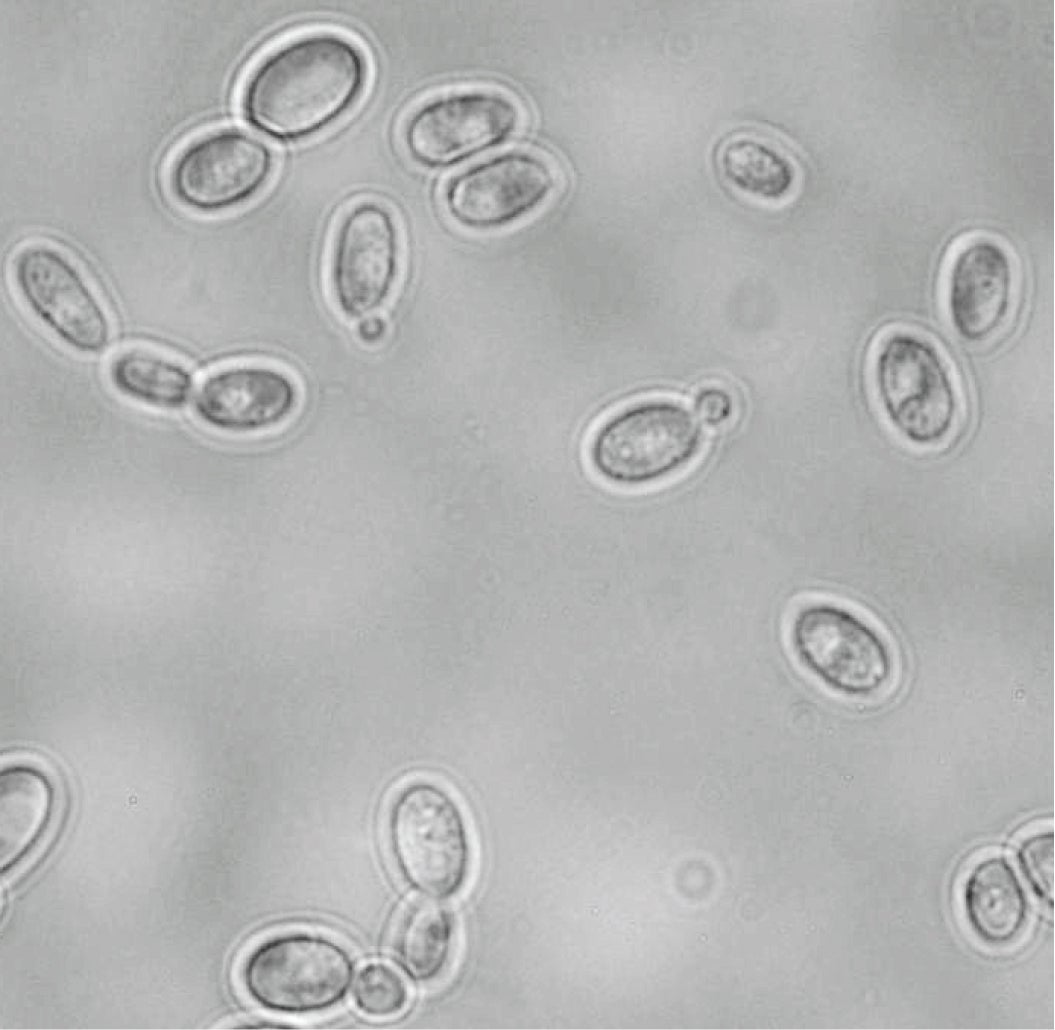 This strain of the yeast Rhodotorula taiwanensis could one day help clean up radioactive waste. USU
SHARE

During the Cold War, the United States produced a truly mind-boggling amount of radioactive waste. We failed to properly dispose of much of that sludge, and it’s been leaking from underground storage tanks since the 1950s. Over the years it has contaminated more than 2 billion cubic feet worth of soil and nearly 800 billion gallons of groundwater at low levels.

Cleaning this mess up will be a daunting task, but scientists have just enlisted a new ally. It turns out our best bet for containing radioactive waste might be to stick yeast on it. Many of these tiny fungi can survive extremely radioactive and acidic conditions, scientists reported January 8 in the journal Frontiers in Microbiology. What’s more, they form gunk called biofilms that could potentially trap the waste.

“The potential for yeast is enormous,” says coauthor Michael Daly, a pathology professor at the Uniformed Services University of the Health Sciences (USU) in Bethesda, Maryland. “You have a huge group of organisms that are already there, naturally in the environment, that could be harvested for this sort of work.”

The scale of the problem these yeasts would tackle is almost indescribably vast, Daly says. Radioactive waste from the 46,000 nuclear weapons built between 1945 and 1986 is stored in 120 sites around the country. The largest is the sprawling Hanford Site in southeastern Washington, where the first atomic bombs were assembled during the Manhattan Project. It houses more than 50 million gallons of waste.

Leakage at Hanford has contaminated enough soil and sediments to bury 10,000 football fields a yard deep, and polluted enough groundwater to keep Niagara Falls flowing for a month. It’s mostly contained within the soils and aquifers at Hanford, Daly says, although small amounts are slowly seeping into the nearby Columbia River.

The Cold War waste is an assortment of radioactive versions of elements such as strontium, uranium, and plutonium: acids once used to extract metal out of uranium ores, heavy metals like mercury and lead, and toxic chemicals. Scientists have long hoped to find microbes tough enough defang or capture it, a technique known as bioremediation. Bacteria and other microorganisms are relatively cheap to grow and could use a few tricks to neutralize these lethal materials. Certain microbes can catch radioactive waste so rain doesn’t wash it away, feed on toxic chemicals, or transform heavy metals or these chemicals into less dangerous states.

For decades, Daly and his colleagues have tried to harness a microbe so tough its nickname is Conan the Bacterium. This microbe, more properly called Deinococcus radiodurans, is one of the most radiation-resistant life forms we know of (it can also withstand drought, lack of food, extreme temperatures, and the vacuum of space). Over time, scientists managed to genetically engineer this bacterium to have the ability to transform toxic chemicals and heavy metals into less deadly forms. But they just couldn’t get it to thrive in acidic conditions. “At the end of the day the damn thing wouldn’t grow at lemon juice pH ranges,” Daly says.

He and his colleagues decided to search for better candidates in nature, and sampled microbes from deserts, mines, rivers, and hot springs around the world. The most promising was a red-hued fungus from an abandoned acid mine drainage facility in Maryland. The yeast, a species called Rhodotorula taiwanensis, surprised the researchers with its endurance in the face of acid and chronic radiation. On top of this, it tolerates heavy metals and even forms biofilms under these trying circumstances, a trick Conan never mastered.

The researchers tested a total of 27 yeasts to see if they could handle exposure to noxious substances like mercury chloride. “These are really, really toxic heavy metals,” Daly says. “If we got a little bit in us they would kill us, and these microbes are flourishing in these mixtures of heavy metals, radiation, and [acid].”

Most bacteria can’t tolerate acidity or radiation, but both skills turn out to be very common among yeasts. “They are masters of the low-pH world,” Daly says. On the other hand, fungi tend to be more sensitive to heat than bacteria. R. taiwanensis prefers to grow around room temperature, but the decaying nuclear wastes can heat the soil around the steel storage tanks to around 120 degrees Fahrenheit. This wouldn’t necessarily thwart the microbes, though. Placed a small distance away from the storage tanks, the yeasts could capture leaking waste without succumbing to the warmth.

Ideally, different strains of yeasts and bacteria could team up, says Rok Tkavc, an adjunct pathology professor and staff scientist at the Henry Jackson Foundation for the Advancement of Military Medicine at USU. He recently reported that when Deinococcus radiodurans mixes with other bacteria it seems to endow its neighbors with radiation resistance. These cocktails could potentially be used to combat radioactive waste released by nuclear meltdowns as well as that left over from the Cold War.

For the Hanford Site, a successful cleanup would mean keeping radioactive elements out of the Columbia River for the thousands of years it takes them to decay to less dangerous forms. “We cannot get rid of the radiation; no one can do that,” Daly says. “The only thing we can conceivably do to protect ourselves is to contain it, to keep it from coming out.”