Ryan Knapp works at the Mount Washington Observatory, where the wind chill can drop below -70 degrees. 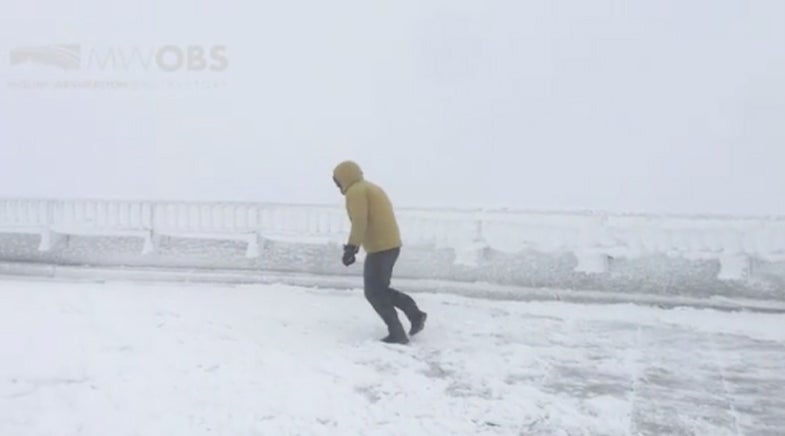 Ryan Knapp is a senior staff meteorologist and weather observer at the Mount Washington Observatory in White Mountains, New Hampshire. When we talked on the phone, the temperature at the observatory—which is at the mountain’s summit— was hovering between -20 and -30 degrees. Most of us experience painfully frigid temperatures like that rarely, if ever, but it’s not out of the ordinary for Knapp and the Mount Washington crew. Sitting at 6,267 feet above sea level, the facility has an average January low of -4 degrees and a record low of -47 degrees. And that’s before you add in the punishing winds which gust to 70 miles per hour and beyond. Brutal.

It’s been done before, but always cool to see! Boiling water to snow in hurricane force winds with a temp of -31F! Wind chill was -84F. #coldday #windy #mountwashington #science

While most of us would opt to sit inside and stare at Netflix while waiting for warmer temperatures, Knapp has scientific chores to do. “We’re going out at least once per hour to do operations,” he tells me, without shivering. “We’re typically outside for about 15 minutes at a time to de-ice our equipment and check measurements like temperature and sky conditions. Every six hours we have to go get the precipitation can, which take up to a half hour.” Those are long treks in conditions during which frostbite can start setting in in just the first five minutes.

Over the course of his 13 years at the observatory, Knapp has honed the clothes he wears to protect him from conditions that would make a yeti head for the hot cocoa. Here’s a rundown of what he wears before heading out in the gnarly winds and dangerous temperatures of the tallest point in New Hampshire.

Starting at the bottom, Knapp looks for a boot—the staff at the observatory use Vasque brand boots—that rides higher on his leg than a typical work book. “You want something that reaches your mid-calf to keep the wind and snow from creeping in,” he says.

Boot insulation is typically rated with a number between 200 and 1000 grams. That’s not the actual weight of the insulation in the boot, but rather an indicator of how good the material is at keeping in heat. Knapp looks for something in 800 range with a waterproof shell.

To keep traction on the ice, the scientists typically use additional spikes that attach to the outside. They’re extra-important when it comes to keeping traction in heavy winds.

Under the boot, Knapp wears two pairs of socks. The inner layer is a thin silk sock, then a heavier wool sock over it for extra warmth and to take advantage of wool’s well-known ability to deal with moisture from sweat without chafing or wadding up.

For leg warmth, Knapp starts with a tight base layer made of thin wool or polyester to wick sweat away from the skin.

On top of that, he opts for fleece pants, which are purely for insulation.

The top layer of leg protection is a pair of windproof, insulated snow pants like you’d find on a backcountry skier. “It’s a struggle to keep out the cold from the wind,” says Knapp. It’s typically a synthetic material like polyester that does the trick, usually with the help of a durable water repellent coating. You can find this in materials like Gore-Tex.

The first layer Knapp puts on his upper body is another base layer made of wool or polyester—with long sleeves for maximum coverage. Then comes another fleece layer. “I typically wear a three quarter or full-zip fleece jacket like you’d wear in the fall,” he says. “You want it to be tight and close to your body.”

Knapp uses a two-layer approach for the outer jacket. “A thick layer of down or synthetic insulation goes a long way,” he says. Over that, he wears a windproof shell to keep cold from seeping in at the seams where insulation is lacking.

A good outer jacket also needs a hood with lots of head coverage, as well as cuffs and a waistband that you can tighten and seal with Velcro or stretchy cords. 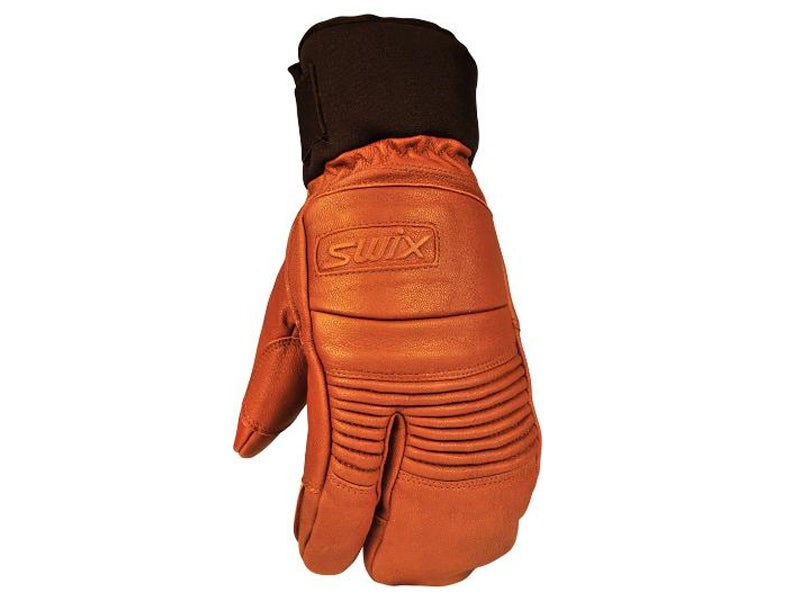 Gloves “Mittens are scientifically proven to keep your hands warmer,” says Knapp. “Gloves separate your fingers and make them colder faster.” To find a balance, he wears a normal pair of gloves under a pair of mittens with a single finger extension. “It looks like a little like a lobster claw or maybe a Ninja Turtle hand,” he laughed. He also sometimes uses charcoal-based hand warmers inside the gloves during extended journeys outside.

Looking for a last minute gift idea for the Mount Washington enthusiast or weather fanatic in your life? Why not consider a winter overnight or day trip and allow them a chance to share in our experiences on the summit? We have one available seat left for our 7 January 2017 EduTrip overnight (https://fareharbor.com/mountwashington/items/20874/) We have one available seat left for our 20 February 2017 Snowcat Day Trip (https://fareharbor.com/mountwashington/items/20873/) We have also partnered with several Climbing Schools that offer exclusive overnight mountaineering expeditions to the summit of Mount Washington. For more information, please check out https://www.mountwashington.org/experience-the-weather/summit-adventures/climbing-trips.aspx/ and click on the various sub-links to check for prices and availability.

Above the shoulders is one of the trickiest places to keep warm, especially since you can’t bundle up your face with a heavy coat.

Knapp starts with a scarf or gator made of wool or synthetic to fill the gaps at the top of the jacket.

“I usually wear two or sometimes three balaclavas,” Knapp says, referring to soft masks that protect the entire face. “One layer is a ski mask with holes in it to make it easier to breathe while covering your face.” The outer layer is a more traditional cold weather facemark.

To protect his eyes, Knapp uses a pair of ski goggles. “You want a pair that will stick out far enough away from your face,” he says.“If they sit too close to your mouth and nose, you can easily fog them up with your breath or sweat.”

Once Knapp is bundled up, it’s crucial to check for weak points. “We use a mirror, or even the selfie cameras on our phones to check for any skin that might still be exposed,” he says. “Right around the gloves is a tricky spot to keep totally sealed up. There’s also a little triangle of skin where the face mask meets the goggles that might be exposed.” Luckily, the gaps quickly become apparent when hit with a 70 mile per hour wind.