Why German scientists got cows stoned

If you give a cow hemp, expect some silly bovine behavior and THC-laced milk. 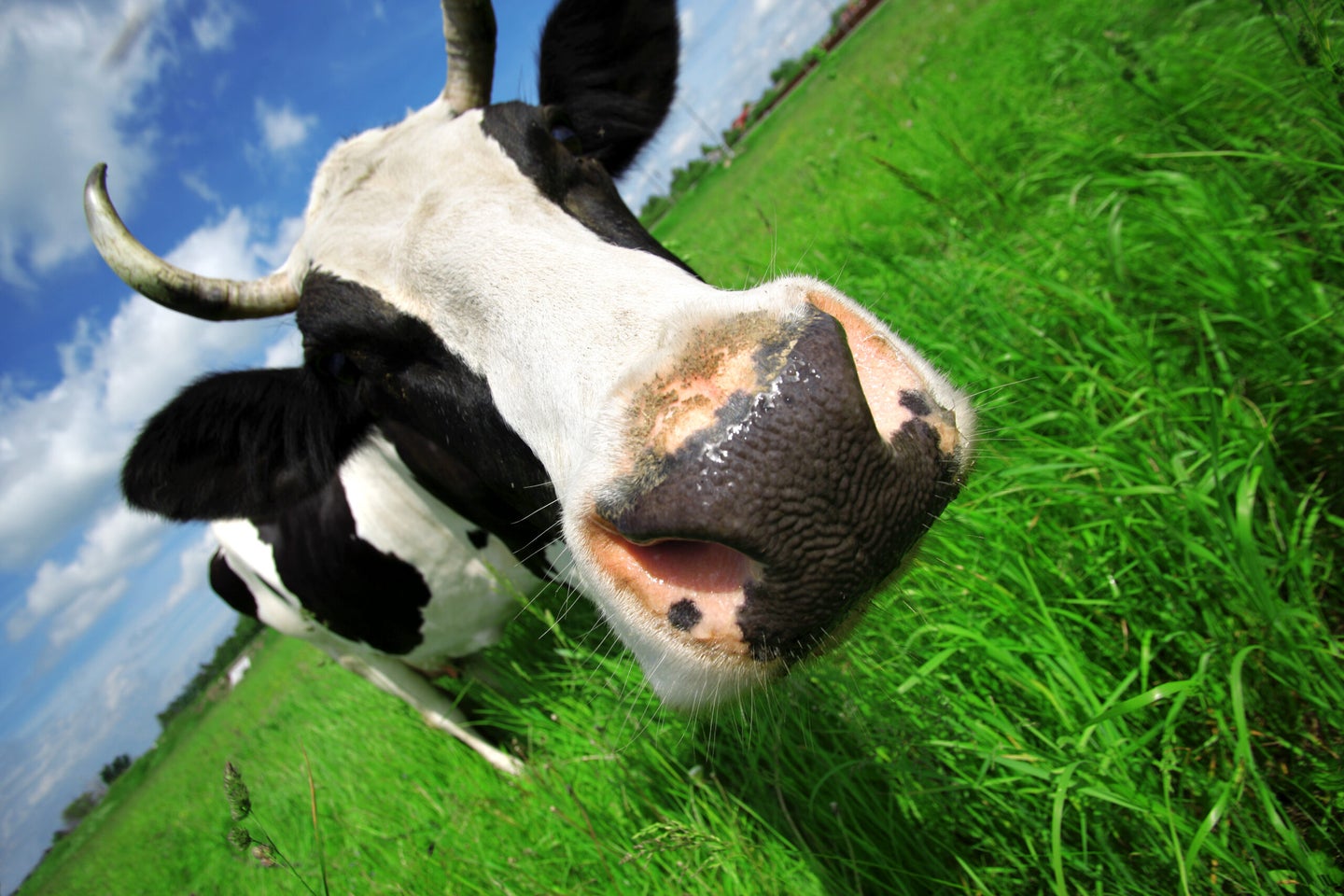 Cows that get a little hemp may act silly—but it could also help make their lives better. DepositPhotos
SHARE

Figuring out what to feed a seemingly ever-growing herd of US livestock is tricky. Industrial hemp, however, has grown to a value of $824 million in 2021 and creates some 24,000 tons of leftover organic matter, according to the New York Times.

The hemp plant is the same species as a cannabis plant, except it contains 0.3 percent or lower tetrahydrocannabinol or THC. New industries making products using the less-potent varieties of THC and tough fabric or plastic alternative materials from the plants fibers have popped up since the 2018 US Farm Bill allowed its production once again. And some scientists have stared to wonder if it could be useable cow feed.

Well, it depends on if farmers want their cows to get a little stoned.

A new study out this week in Nature Food shows how when cows get their regular feed swapped with hemp, they start to act a little silly, not unlike humans who have recently imbibed with cannabis. Compared to their peers who ate regular corn and hay feed, the hemp cows were more relaxed, yawning and salivating more often, and got into some “pronounced tongue play,” the authors write. Their eyes even got red and droopy, according to the paper.

The main reason for the paper, however, wasn’t to just see cows acting goofy. Currently, you cannot feed livestock the leftovers from hemp in the US. The stoned cow experiment took place in Germany largely to figure out if a hemp-fed cow led to a THC-filled milk.

In this case, the milk produced actually did have too much THC to be considered safe according to guidelines set by the European Food Safety Authority. “Shortly after starting to feed the industrial hemp, health-significant amounts of delta nine THC and other cannabinoids were detectable in the milk,” according to a release. “When consuming milk and milk products with a delta nine THC content of this magnitude, the acute reference dose (ARfD) of 0.001 milligrams of THC per kilogram of body weight can be significantly exceeded in humans.”

However, the course is easily reversed—milk THC levels drop pretty soon after letting the cows sober up, and especially silly behavior stops within two days.

While having THC-tinged milk consumed by humans probably won’t be on the shelf anytime soon, feeding livestock hemp at a certain level may actually make them more relaxed and live happier, healthier lives, according to other research. This means that scientific research on stoned cows will likely be a somewhat frequent occurrence in the coming years.